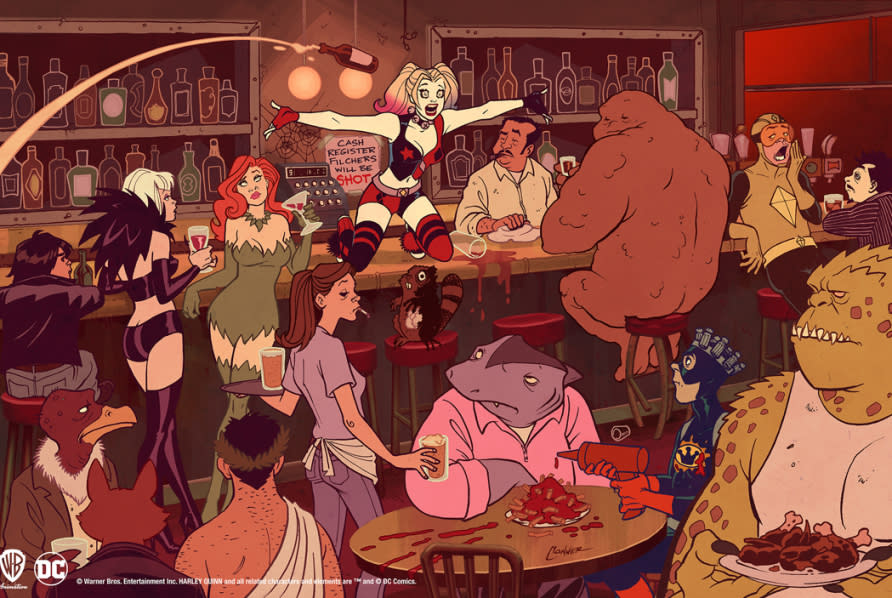 If you've been hankering for some more animation from comics juggernaut DC, or if you simply love Harley Quinn (originally created for Batman: The Animated Series herself), then you'll dig the news from Warner Bros. According to Deadline, the villainess will be heading up her own animated show for DC's upcoming streaming service.

The report says that the show, titled Harley Quinn, will also feature Poison Ivy and a host of heroes and villains from the DC Universe. The show will be run by the producers of Powerless, in association with Warner Bros. Animation. This will be the third series given the go ahead for the platform, including the live-action Titans and a revival of the animated Young Justice. Deadline also says that the show will focus on a Harley Quinn that has finally broken it off with the Joker and is trying to make it as her own crime boss in Gotham City. Better yet, Deadline reports that Margot Robbie, who played Harley Quinn in the ill-fated Suicide Squad film, is expected to be asked to voice the title character in this animated version, too.

In this article: animated, av, cartoon, comics, dc, entertainment, harleyquinn, warnerbros
All products recommended by Engadget are selected by our editorial team, independent of our parent company. Some of our stories include affiliate links. If you buy something through one of these links, we may earn an affiliate commission.