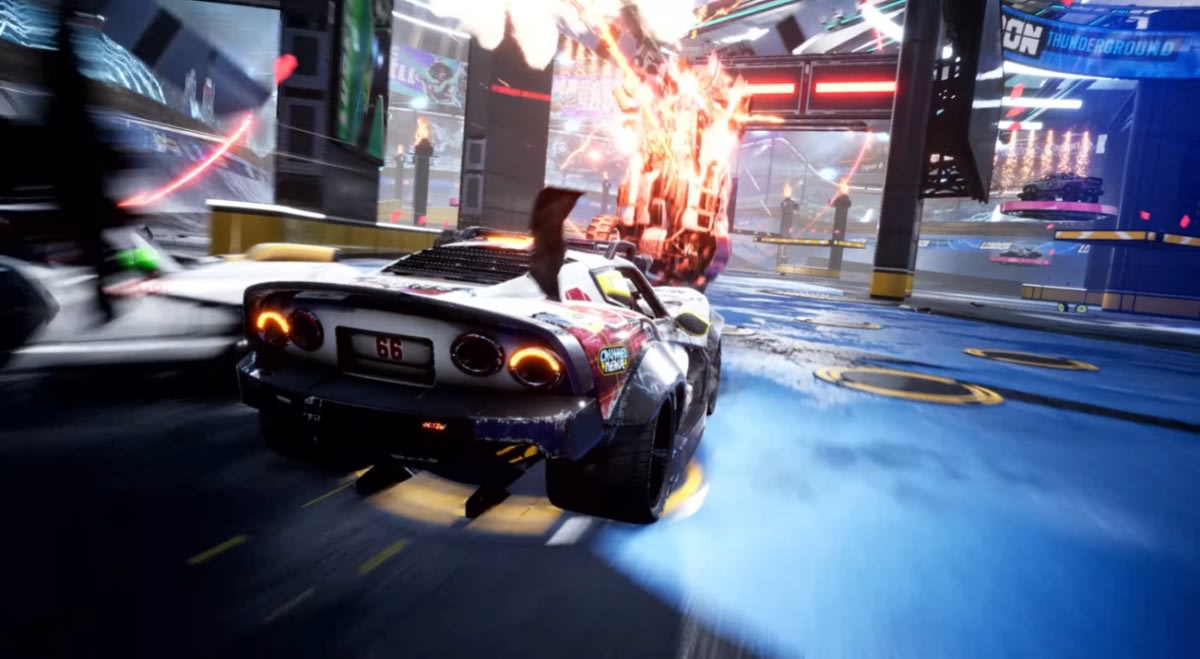 One of the many titles shown off during Sony’s PlayStation 5 showcase was this one, Destruction Allstars. It seems to take Rocket League-like arena vehicular action and turn the dial on the mayhem all the way up. You’re not trying to bump a ball into a goal, instead it’s a destruction derby where drivers are only trying to take each other out.

The cars and drivers shown have a lot of personality but it doesn’t quite take the spirit of another PlayStation exclusive game, Twisted Metal. Instead it’s leaning toward the flashy entertainment side of things as opposed to a darker world filled with flame-spitting murderous clowns. It’s developed by Lucid Games, who previously worked on titles like Geometry Wars 3: Dimensions and Need for Speed: Payback.

In this article: Destruction Allstars, PlayStation 5, PS5, ps5 event, Sony, Lucid Games, news, gaming
All products recommended by Engadget are selected by our editorial team, independent of our parent company. Some of our stories include affiliate links. If you buy something through one of these links, we may earn an affiliate commission.