Rewatching "The Invisible Man" made me long for theaters.
D. Hardawar|04.02.20
@devindra

The Invisible Man is one of the best thrillers of the last few years -- and it was also the last film I had the privilege of seeing in theaters before the coronavirus pandemic practically outlawed public gatherings of any kind. Now that cinemas are closed for the foreseeable future, movie studios have two choices: Either bring their films to iTunes, Vudu, and other video-on-demand services, or push release dates into 2021, with the hope that the pandemic will be under control by then.

For The Invisible Man, Universal Pictures decided to go the VOD route. As of March 20th, less than a month after it hit theaters, you can watch it in the comfort of your home for $20. And let me tell you, I gladly paid that extra high rental fee to share the movie with my wife. Universal clearly rushed it to VOD: It was only available in HD, not 4K, and there wasn't any sort of HDR. But I was still amazed: Here was a brand new major motion picture just a click of my Apple TV remote away.

It's hard to argue against the convenience of these early VOD releases, which also includes Universal's Emma, The Hunt and Disney's Onward. Distributors have been toying with the idea of fast-tracking theatrical releases to home video for years -- remember when Comcast thought it was a smart idea to let you rent the comedy masterpiece Tower Heist for $60? But pricing always seemed to be the sticking point. If the VOD releases are too cheap, what's the point of going to the movies at all, and how will distributors make money? But if they're too expensive (as many theater companies would like) then who will actually rent them?

$20 might sound expensive for a two-day rental of The Invisible Man, but it was far cheaper than arranging a babysitter, grabbing two tickets (which go for around $17 in NYC), and buying pricey theater snacks. But as we were watching the film at home, with the baby monitor nearby, our cats crawling all over us, and our smartphones in-hand, I couldn't help but compare my experience at home to AMC's Village 7.

It has huge reclining leather seats and generally solid picture and audio quality. I sat in the front row, kicked my feet up, and let the film take over my reality for its entire run-time. I jumped when the other audience members did -- something that's hard to recreate at home when we have to keep the volume low -- and we gasped together through every tense set-piece. We were all on the same wavelength, with few distractions. 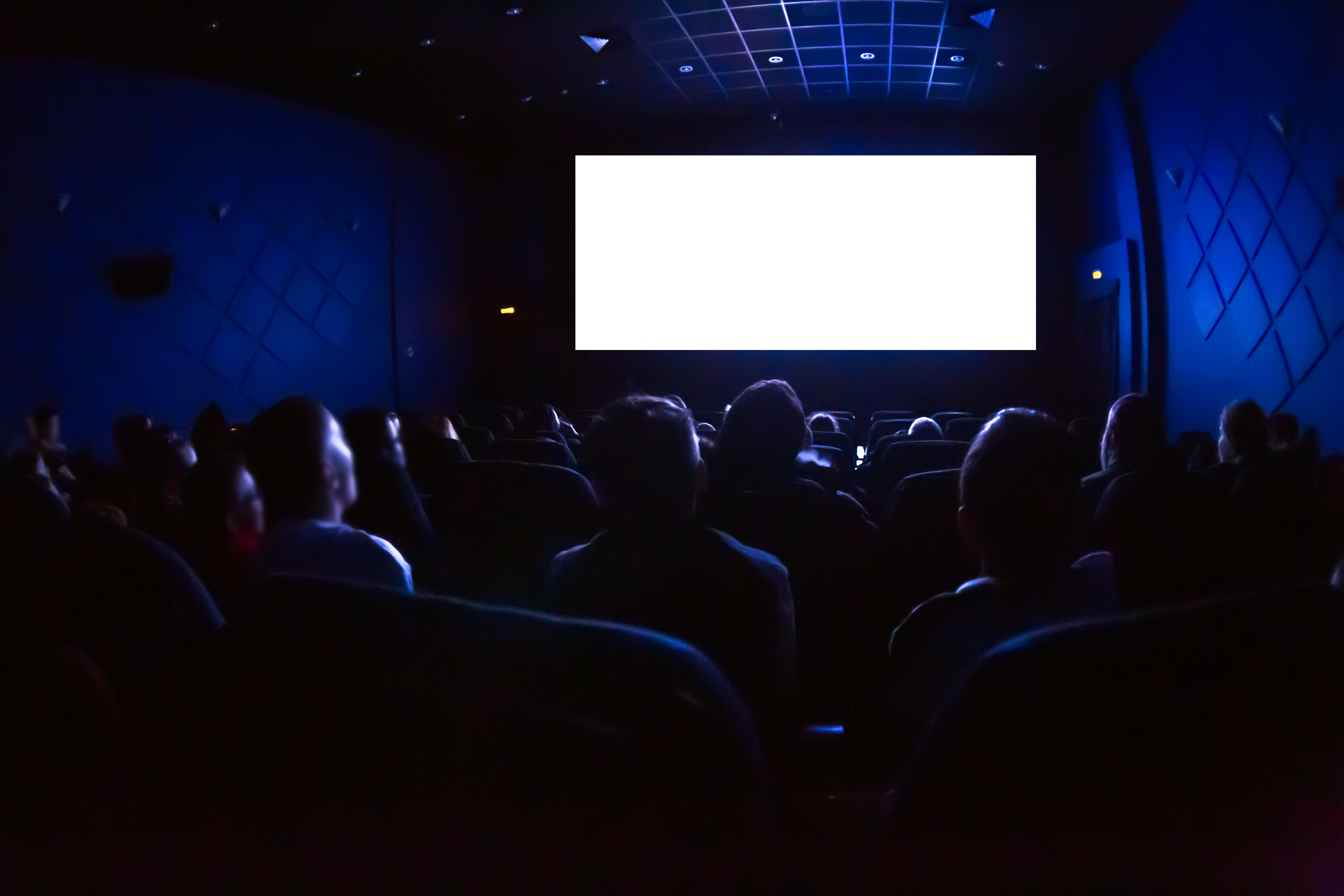 Call me a romantic, but that's always been the appeal of actually going to the movies. I've got a decent home theater, an OLED TV and a projector. But I’m still constrained by my Brooklyn apartment. So while my setup is great for rewatching movies I love, I still prefer seeing films for the first time on the big screen, with an actual crowd, whenever possible. It's sort of work for me as well -- check out my weekly movie podcast, the Slashfilmcast -- but even if I wasn't a podcaster, I'd still be going to the theater as often as possible. Some people have church, I have cinema.

So, as much as I love the convenience of watching The Invisible Man at home, I've begun to hate it a bit. What if going early to VOD convinces distributors that smaller movies don't even need theatrical runs? We've been creeping towards that reality for a while now -- it's easy to find a limited release title like IFC Film's Swallow on iTunes every week. And it's not like the theater business is exactly booming these days -- not every movie can reach a billion dollars like Disney's stable.

The Invisible Man cost just $7 million dollars, a pittance compared to most wide releases, and it had a strong few weeks in theaters. While it likely would have made a ton more money if it stayed in theaters, it’s not like it’s trying to recoup a larger $50 million budget.  Movies with that sort of budget have already been a dying breed in theaters over the last few years, and the few that do pop up are typically streaming exclusives on Netflix, Hulu or Amazon Prime. As for theatrical releases, studios have been focusing on the extremes: cheaper titles that are more profitable, or huge $100 million films that could creep towards a billion dollars in ticket sales.

I'm less worried about big budget titles, which have no way of recouping their production costs with VOD releases. It's no surprise Fast and Furious 9 is getting pushed to next year, the last installment grossed over $1.2 billion worldwide on a $250 million budget. VOD releases will simply never catch up with that, especially in a world where the likes of Netflix and Hulu deliver access to a nearly infinite supply of movies and tv shows for a small monthly fee. And don't forget about YouTube, which will basically only costs you the time lost going down Bon Appetit rabbit holes.

Obviously, we've all got more to worry about than the movie industry. But personally, I won't feel truly at peace with the state of the world until theaters are up and running again. When we won't be afraid of sitting within six feet of another human being, breathing the same air, dreaming the same big-screen dream.