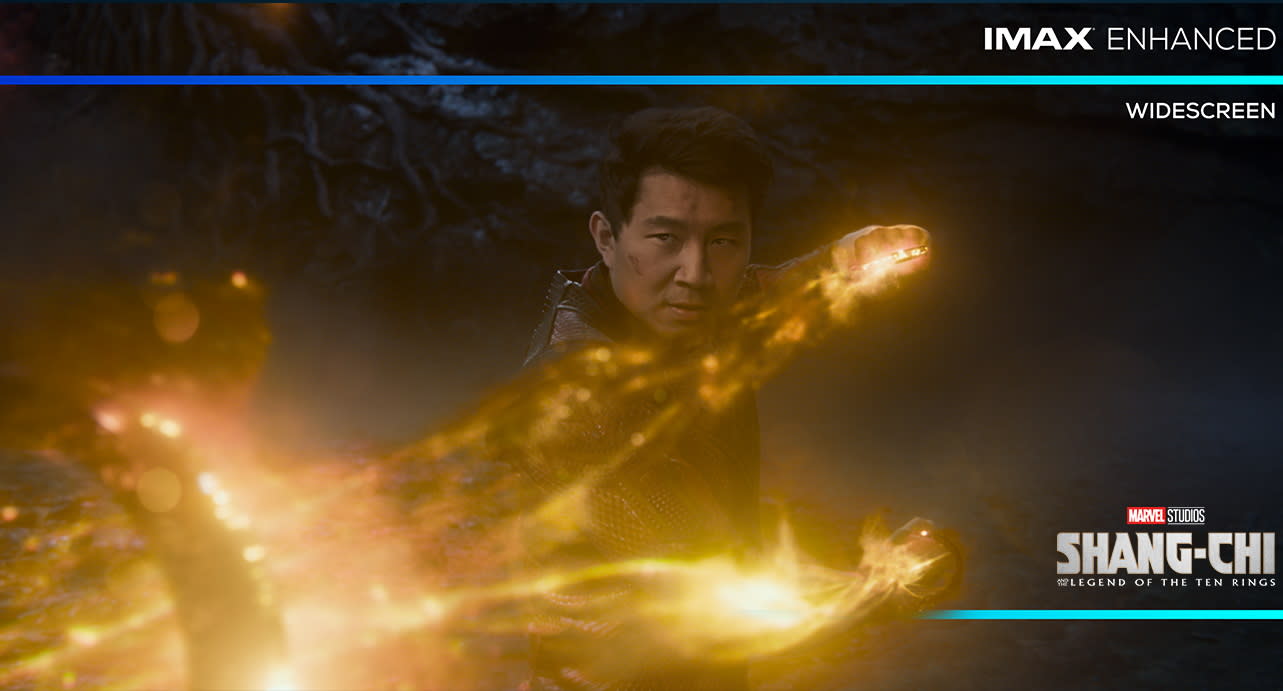 Marvel's superheroes are about to get a bit bigger on your TV. Disney+ announced today that it's adding an expanded IMAX aspect ratio for 13 Marvel titles, including Shang-Chi and Black Panther, on November 12th (AKA "Disney+ Day"). The 1.90:1 IMAX aspect ratio will look up to 26 percent taller than the typical 2.35:1 widescreen format in Marvel films, so those annoying black bars will almost disappear while you're watching scenes shot in IMAX. (You'll still see some slight bars, though, as the IMAX format doesn't completely fill 16x9 widescreen TVs.)

Before this Disney+ partnership, IMAX and DTS brought the "IMAX Enhanced" home viewing format to a handful of TV streaming apps, like Sony's Bravia Core. IMAX-ified films will have a prominent label on their Disney+ screens, and you'll also be able to launch the standard widescreen version if you prefer. Physical Blu-ray collectors are already used to shifting IMAX aspect ratios in some films, most notably The Dark Knight, Tenet and Mission Impossible: Fallout, but streaming films have typically lost on this perk.

The expanded aspect ratio should give Marvel's action sequences more room to pop on your TV, and it's a feature Disney+ can lord over its streaming competitors. You'll also see a wider image on smartphones, PCs and anywhere else you can view Disney+. Technically, IMAX Enhanced isn't delivering the large film format's true aspect ratio, which is more square. But, as we saw with Zack Snyder's Justice League, that leads to enormous (and ugly) black bars on the sides of your TV. It's also worth noting that we won't see IMAX versions of The Avengers and Ant-Man, as those are the rare Marvel films that used the TV-filling 1.85:1 aspect ratio (a choice made to convey a better sense of height).

Here are all the IMAX Enhanced films arriving on Disney+ on November 12th: