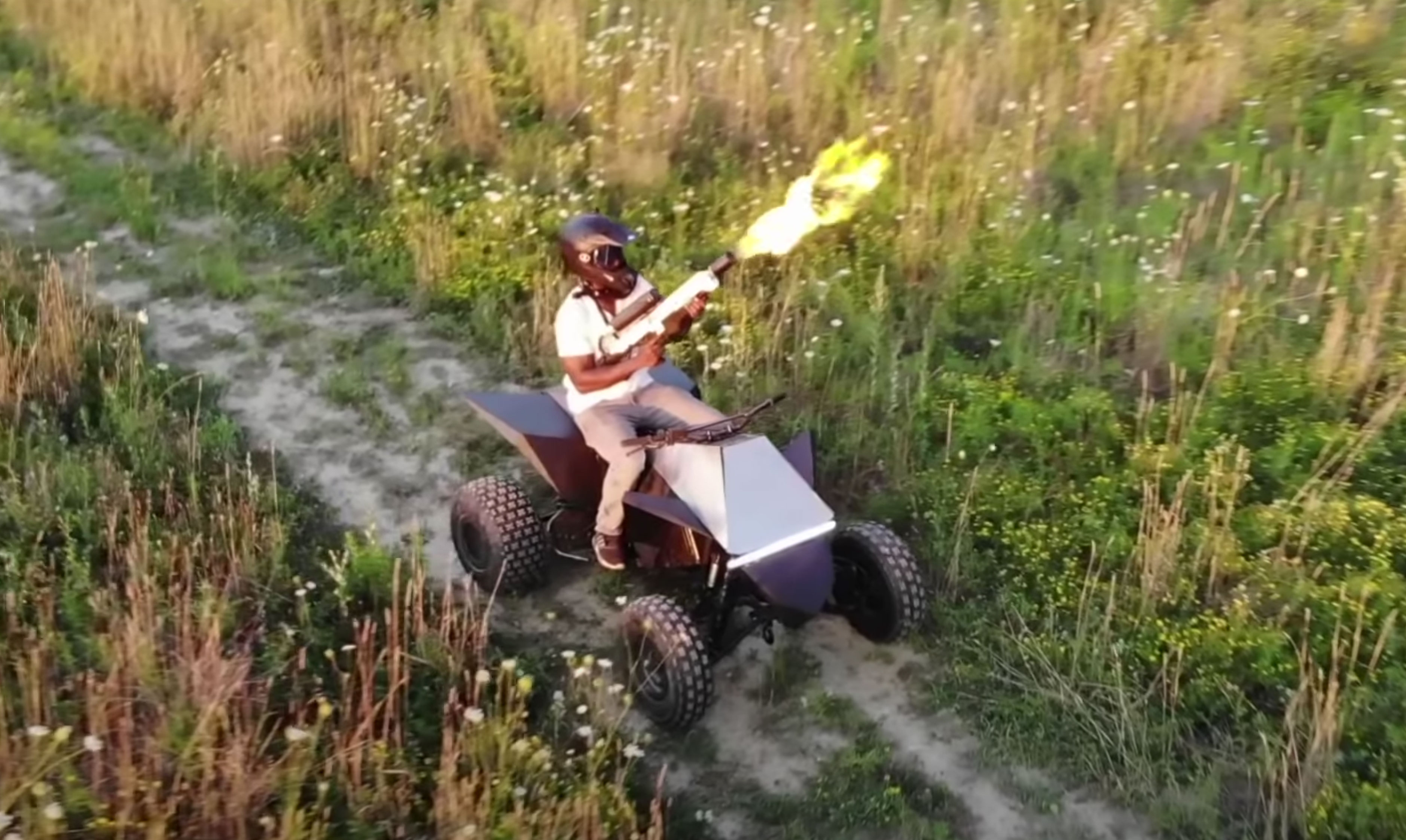 Remember the ridiculous unveiling of Tesla’s fabled Cybertruck? The one where the truck’s “Armor Glass” windows were broken in a demo gone wrong? You may also remember that Tesla announced a “Cyberquad” as a sort of accessory to go with the truck. It’s essentially a four-wheel, electric powered ATV, but we got no info on its price or when it might go on sale. Perhaps unsurprisingly, Tesla aficionado Rich over at the YouTube channel Rich Rebuilds got it in his head to take the Cyberquad as an inspiration to build his own from the ground up — and from a video posted to the channel last night, it looks like he did a seriously impressive job.

The 20-minute video shows his own Cyberquad, dubbed “Starscream,” from conception through completion in great detail. It’s an unholy marriage of a traditional ATV with the battery and engine from an electric motorcycle, frankensteined together into a quad that has the look of Tesla’s own creations and a positively terrifying and impressive 0-60 MPH time of under four seconds. It should go without saying, but don’t try this at home.

Starscream is AN ABSOLUTE BEAST! Pure electric power. 0-60 in under 4 seconds. Top speed is just as crazy! https://t.co/sKPV3Bslmb pic.twitter.com/SqG9nS9PfH

Judging from the video, this really was a labor of love, and took a ton of trial and error to get just right. If you’re a Tesla fan, an ATV fan or just someone who enjoys seeing an intense DIY project come to fruition, this video is definitely worth a watch. Now, we’ll just have to be patient and see if Rich makes his own, full-size, DIY Cybertruck.

In this article: atv, Electric vehicle, quad, electric atv, electric motor, diy, tesla, news, gear
All products recommended by Engadget are selected by our editorial team, independent of our parent company. Some of our stories include affiliate links. If you buy something through one of these links, we may earn an affiliate commission.