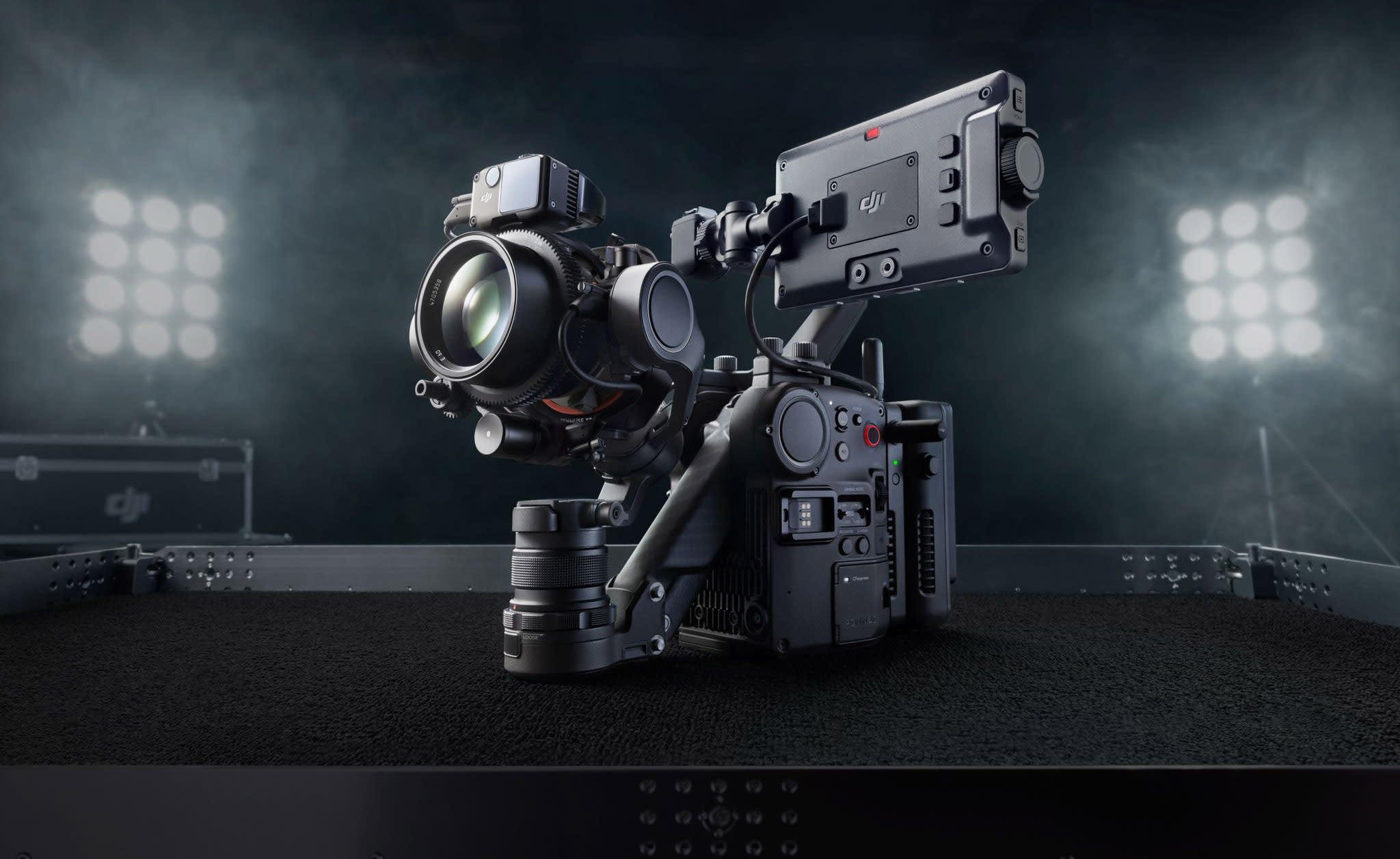 The LiDAR is supposed to allow for 'sharper, faster, and more reliable focusing.'

DJI has revealed the Ronin 4D, a cinema camera system with a built-in 4-axis gimbal, 8K resolution and LiDAR rangefinder that promises "sharper, faster and more reliable focusing." With a price starting at $7,199, it's aimed at professionals, but shows DJI's technological prowess both with gimbals and camera technology.

The "Zenmuse X9" camera is designed exclusively for the Ronin 4D and should give dedicated camera manufacturers pause. It's a full-frame interchangeable model that can use either DJI's DL or Leica M lenses (along with other mirrorless lenses via adapters) and comes with no less than nine built-in neutral-density (ND) filters for controlling exposure.

It's available either in a 6K model that can handle 6K at 60fps and 4K at 120fps, or an 8K 75 fps version. It can capture files in RAW, ProRes or H.264, allowing maximum flexibility in production. DJI claims 14 stops of dynamic range, and it should be good in low-light thanks to the dual-native 800/5000 ISO.

The gimbal itself is one of the first to offer Z-axis stabilization, DJI said. The aim is to reduce vertical jarring when a camera operator walks or runs, a trick that usually requires considerable skill. Helping in that regard is the Ronin 4D's relatively small size and 4.67 kg (10.3 pounds) heft, excluding the lens and storage card. It uses data from downward time of flight (ToF) sensors, forward and downward dual-visual sensors, a built-in IMU and a barometer. It also comes with DJI's ActiveTrack Pro (similar to that found on its consumer gimbals and drones), which uses AI to power framing and tracking.

As for the LiDAR focusing system, it offers "43,200 ranging points reaching as far as 10 meters, locating subjects quickly and accurately, even in low-light environments," DJI said in a press release. It didn't mention any other autofocus technology used by the camera, though it "supports human face/body recognition and framing of any subject." It also noted that the system "measures the distance to the subject without relying on surface textures or hunting for edges," implying it doesn't employ contrast-detect AF.

The system supports full autofocus, manual focus and "Automated Manual Focus" (AMF) that allows camera operators to "pull focus with extreme precision." The general idea with AMF is that the autofocus handles most AF chores, but allows the operate to intervene manually at any point.

Other features including a long range (20,000 feet) video transmitter that outputs a 1080/60p feed to remote monitors, three storage methods (USB SSD, CFexpress Type-B and DJI's proprietary PROSSD 1TB), built-in microphones along with 3.5mm mic ports and XLR ports via an expansion plate, and a battery with up to 2.5 hours of shooting time.

The Ronin 4D with a 6K camera costs $7,199, while the 8K model is $11,499. Both come with the gimbal, camera, LiDAR range finder, a monitor, hand grips, top handle, a carrying case and a battery. That's a lot, of course, but less than some cinema camera systems by themselves — and DJI's Ronin 2 cinema stabilizer runs $8,000-plus without any camera at all.