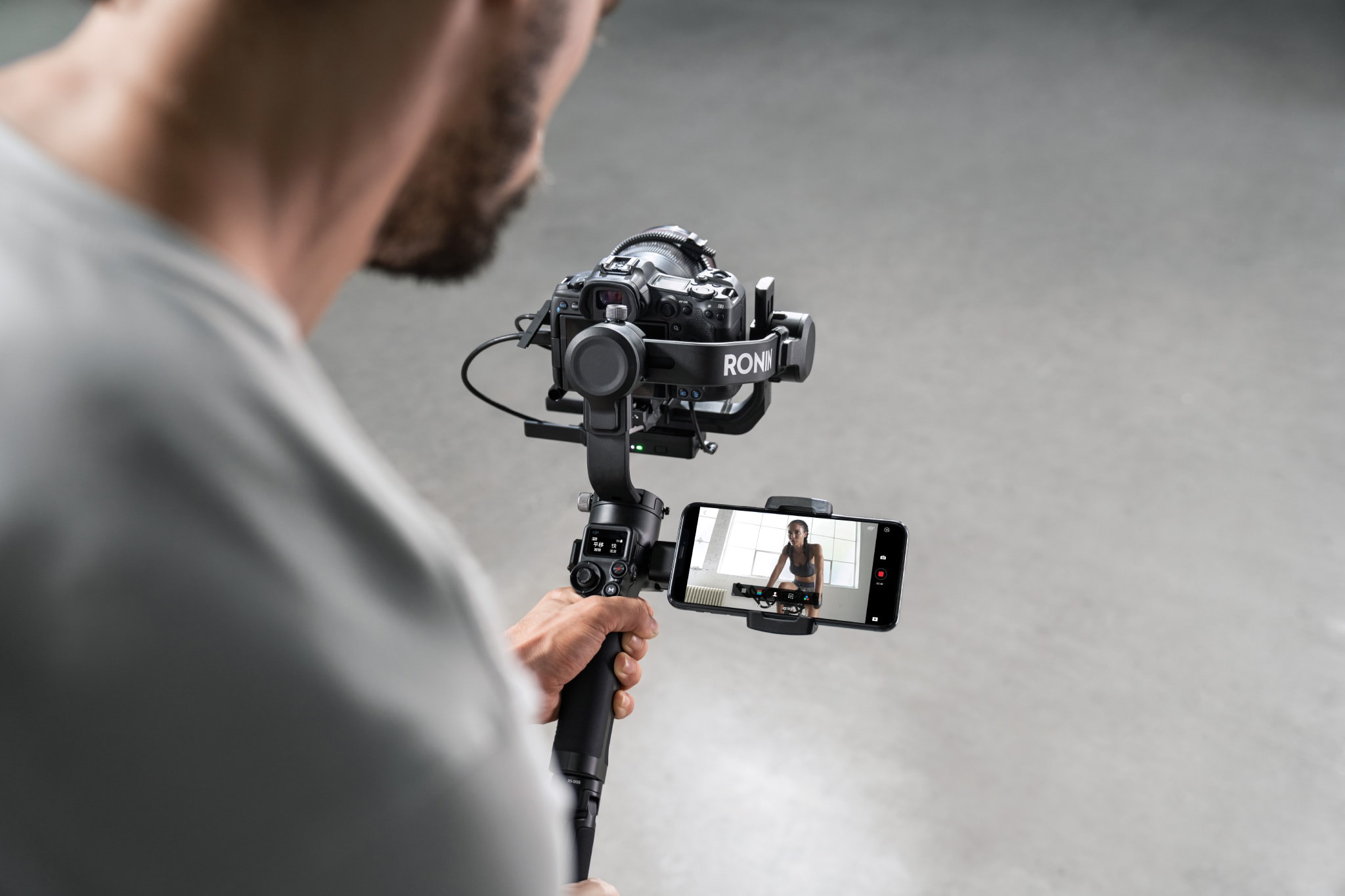 DJI has revealed two new versions of its Ronin gimbals. The RS 2 is a successor to the original Ronin-S -- it's intended for bigger cameras and professional crews. The RSC 2, meanwhile, has a more portable design, which could make it a better fit for mirrorless cameras and more compact options.

The latter has a new folding system, which DJI says makes it easy to transport. At 180×190 mm, the folding footprint of the RSC 2 is approximately the same size as a sheet of A5 paper. The gimbal weighs 1.2 kg (2.65 lbs), slightly more than the Ronin-SC. It runs for up to 12 hours on a single charge, according to DJI, and there's a quick-charge option.

The company suggests the RSC 2's design allows for more filming options without the need for accessories. It has a briefcase mode, in which you can loosen the main gimbal arm and sling it forward to expand your range of shooting angles. There's a one-inch OLED screen that displays camera data, while the RSC 2 can support a payload of up to 3 kg (6.6 lbs).

DJI has placed more emphasis on the gimbal's stabilization features. There's a SuperSmooth mode that aims to compensate for longer focal length lenses of up to 100mm. Meanwhile, the company said the "newly optimized Titan Stabilization Algorithm reduces the need for manual user input while compensating for user movement and optimizing the gimbal tilt and angle."

The RS 2 has a dual-layer camera mounting plate that supports the Arca-Swiss and Manfrotto standards along with a knob to fine tune the balance of your camera. There’s also a 1.4-inch touchscreen that displays your camera's live feed, data or the gimbal settings.

A number of accessories are available for both gimbals. The RavenEye Image Transmission System, for instance, can send a 1080p, 30 frames-per-second video feed to the Ronin mobile app from up to 200 meters away. That app can control several features of the gimbals.

RS 2 and RSC 2 share a number of additional pre-programmed movements and features. Among them is a time tunnel movement, which captures a hyperlapse during a 360-degree roll. The RSC 2 will get an update with that feature after launch. You can also rotate your camera into portrait mode with a single tap.

In this article: ronin, gimbal, dji, dji ronin, djironin, ronin s, ronins, roninsc, ronin sc, rs 2, rs2, rsc 2, rsc2, news, gear
All products recommended by Engadget are selected by our editorial team, independent of our parent company. Some of our stories include affiliate links. If you buy something through one of these links, we may earn an affiliate commission.