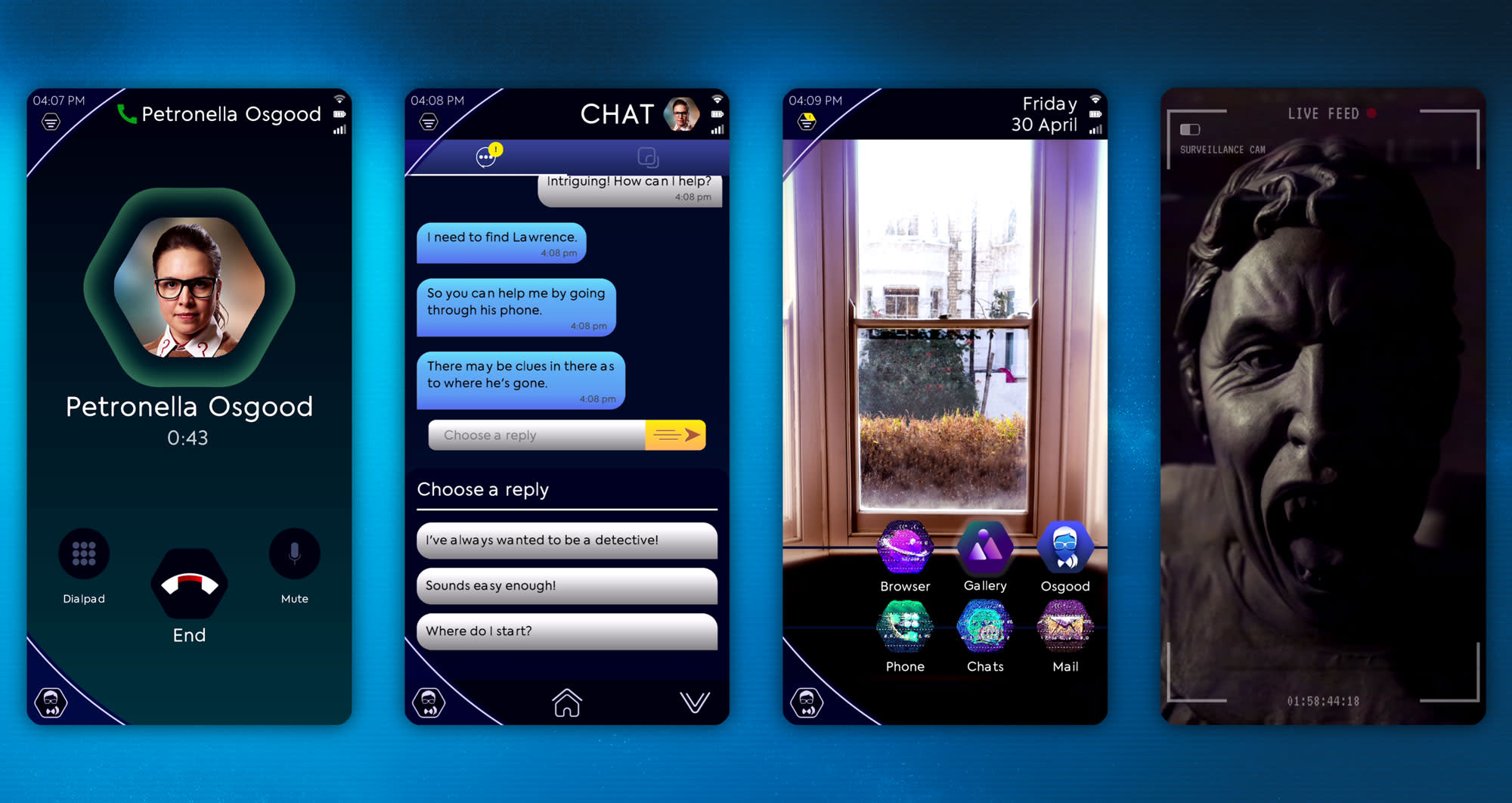 ‘The Lonely Assassins’ is the best Doctor Who game ever made

The found-phone game is a fun romp in a corner of the show’s universe.

It’s taken nearly six decades, but it’s now possible to say that I’ve played a good Doctor Who game without any caveats. The Lonely Assassins is, to my mind, the best Doctor Who game ever made, although given what’s come before, that’s only half a compliment. It turns out, however, that a found-phone title with a little touch of horror and a dash of love story holds the spirit, if not the letter, of what the show is about.

I’ve made every effort not to spoil the game but, you know, have a spoiler warning anyway.

Lonely Assassins is a minor-key sequel to Blink, a loved episode that starred Carey Mulligan and Finlay Robertson in place of David Tennant and Freema Agyeman. At the end of that hour, Sally Sparrow (Mulligan) and Larry Nightingale (Robertson) held hands as love blossomed between them. Jump forward to now, and Larry’s running the shop the pair co-owned with his new beau, while Sally’s off in New York. Either because this Happy Ever After didn’t last for Ever After, or because Carey Mulligan’s off being a double Oscar-nominated global superstar and doesn’t get out of bed for spin-off mobile game money.

For reasons you can probably work out, you have stumbled across Larry’s discarded smartphone, which is how you meet Osgood (Ingrid Oliver), the former UNIT bod now working freelance. She tasks you with unpicking Larry’s digital history, scouring through his text messages, browser history and photos to work out what happened. Naturally, the game’s promotional material reveals that the Weeping Angels and Wester Drumlins, the house from Blink, are involved, so that’s not much of a spoiler.

As you search for clues, you’ll be asked to upload useful pieces of information to Osgood through a scanning mechanic. This works well, except for the fact that the scanner icon pops up whenever you hit a useful data point — a common annoyance of digital detective games where the UI inadvertently holds your hand. You then upload your findings to Osgood through a canned text-message interface with multiple-choice responses.

The dialogue here is fine but sometimes there’s a bit too much “huh, tell me more” and other tossed off phatic speech to get you to the next point of the game. It’s also a little trying that, since your character is unfamiliar with The Doctor, you need to go through a sequence finding out who they are. There are times, too, when you’re ahead of where the game wants you to be, forcing you to play along while the story catches up, but not too many. Oh, and make copious notes about what’s going on, and write it all down in a notepad since you’ll need easy access to it when you reach the game’s grand conclusions.

Lonely Assassins works hard to lean into the horror elements of Blink, although phones are less effective than VR — publisher Maze Theory’s last Doctor Who title was the VR-only The Edge of Time — for building up a layer of dread. The developers say that the game is best played in a dark corner, with headphones, all the better for the jump scares. As someone who thinks that life is scary enough, I played the title on a sunny morning with no headphones, and it works just as well. Plus, you know, I never felt the need to crap my own pants.

The game was developed by Kaigan, the Malaysian studio behind other found phone titles like Simulacra and Sara is Missing. The found phone genre often asks serious questions about privacy, voyeurism and identity as players access someone’s innermost data. (A Normal Lost Phone, by developer Accidental Queens, places you in the uncomfortable position of revealing someone’s deeply private information to further the game, for instance.) Lonely Assassins only has one moment of anything resembling catfishing, and it’s played more for laughs than drama.

With a playtime of around two hours, the game doesn’t wear out its welcome and the conclusion is pretty satisfying. Although, fair warning, you’ll be deprived of any sort of closure unless you complete all of the side-quests in their entirety.

Doctor Who: The Lonely Assassins arrives on iOS, Android and Steam on Friday, March 19th, and is priced at $2.99 on launch day, after which the price increases to $3.99. I heartily recommend it.