'Doctor Who' might finally get a game that does it justice

You step out the back door of a London laundromat and into a grimy, orange-smoke-filled junkyard. A mysterious voice sings out from a nearby radio, asking for your help to put right what has gone wrong. Armed with nothing but a sonic screwdriver donated by your new friend, you have to scavenge for parts to build a device that can summon your rescue vehicle.

Wrenching a satellite dish from the wall and grabbing that radio, you go on the hunt for a car battery to power it. A wreck of a car is nearby, and you use your device to pop open the hood and look to see if there's a battery inside. Assembling the gear together, you fire up the sonic to make it work and -- nothing happens.

A flying saucer sails overhead and casts the yard in shadow as a Dalek voice barks "Exterminate!" from on high. You try again with the device, praying that the sonic can cajole the cobbled-together gear into life, once, twice, praying for rescue. Then, it jumps into life, and in the corner of the yard, the wheezing sound of a TARDIS filters through the din.

It sits there, magical and untouched by the dirt and grime of its surroundings, and its door swings open just a little. The saucer is bearing down upon you, and you hurry along to pull open both doors and walk inside. It's a moment you'll want to savor, but you can't, because there is work to be done. And as you ride off, the Doctor Who title sequence begins rolling.

For a beloved TV series that has run for more than half a century, Doctor Who has a strained relationship with video games. The go-anywhere, do-anything nature of its premise means that the game is often crowbarred into formats that don't suit it. I can speak with some experience when I say that almost every Doctor Who game ever made has been shit.

The First Adventure (1983, BBC Micro), Legacy (2013, Mobile) and Infinity (2018, Mobile) were all knock-offs of other titles, like Pac Man and Candy Crush. Mines of Terror (1986, BBC Micro) was a platformer that, 8-bit Colin Baker avatar aside, had little to do with the show. Then there was Destiny of the Doctors (Windows, 1997), a CD-ROM title in which players roamed a maze-like TARDIS which made this Windows 95 screensaver look compelling.

There are two highlights: the title sequence to Dalek Attack (1992, Various), which is legitimately brilliant given the limits of the hardware, and the filmed inserts in Destiny of the Doctors. I'm excluding Lego Dimensions from this, if only because it's not really a Doctor Who game. And the less said about the later-period games, like Eternity Clock (2012, Various) and Return to Earth (2010, Wii) the better.

Breaking a 36-year run of bad Doctor Who games is the challenge laid at the feet of The Edge of Time. The VR title is being made by a nine-person team at Maze Theory, a new London-based developer that previously made The Vanishing Act. According to Maze Theory's Russ Harding, a veteran of Sony's London VR studio, The Edge of Time is the first Doctor Who game that wants to make you "feel like you're in the show."

Part of this is down to the level of fidelity that the development team has put into making the title. That included heading to the TV studio to take 3D scans of the new console room so it feels as real as possible. Plus, the game was written by BBC Wales' Gavin Collinson and approved by Doctor Who's producer, Chris Chibnall, for added authenticity.

In the game, your unnamed character joins The Doctor, voiced by Jodie Whittaker, to save the universe. An enemy has exiled her to the edge of time, and the only way to fix things is to use the TARDIS to recover a series of time crystals. You will journey to a handful of locations to source the gear, including a colony ship, Dalek-occupied London and a Victorian mansion in a state of perpetual flux.

Because you'll be propelled through the game's narrative, you won't have time to think about exploring. And you'll be assisted in your journey by Emma, an AI companion that helps guide you through challenging sections. 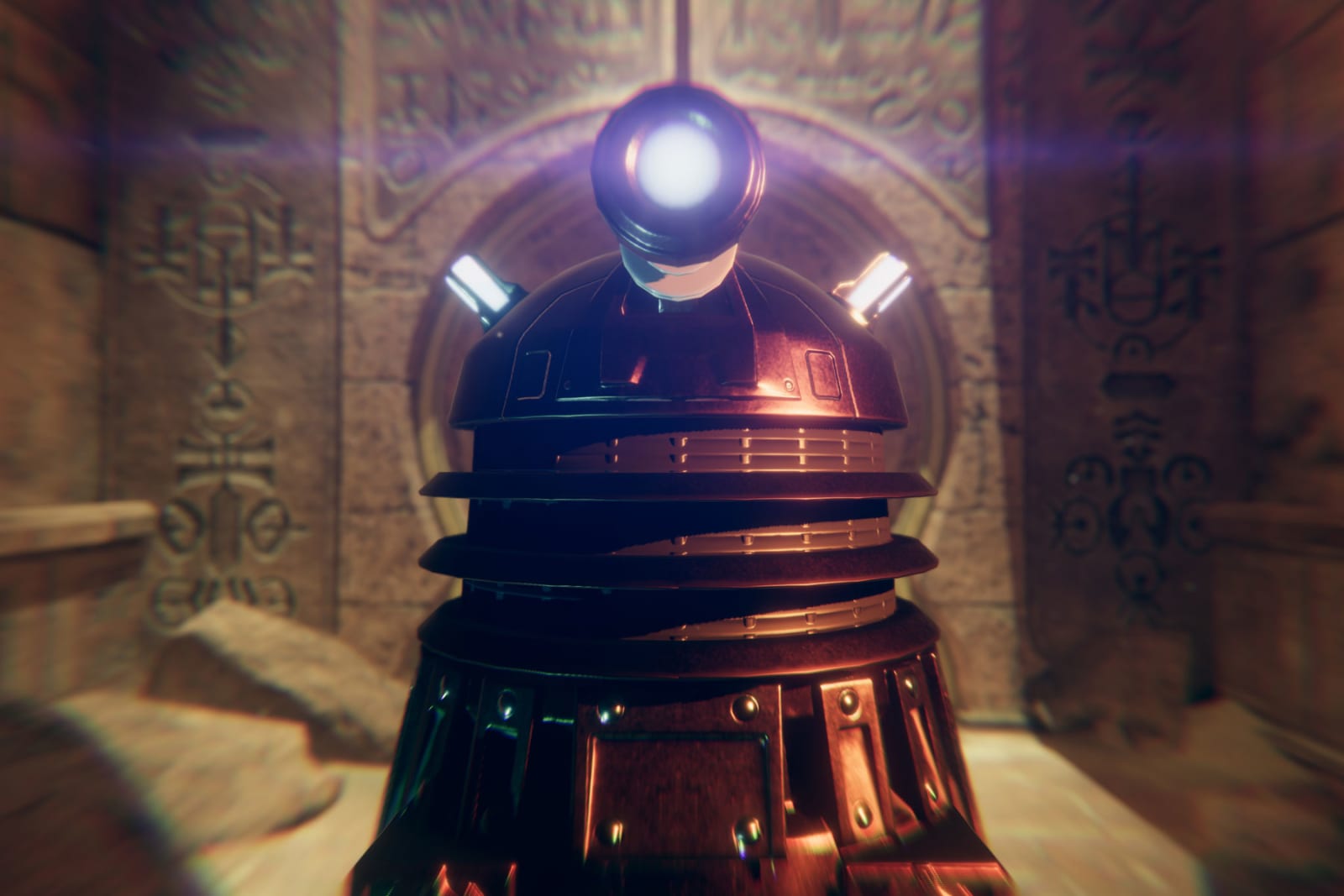 You progress by solving puzzles like the one where you forage for parts to create a transmitter. The logic seems to be similar to that of an escape room, where there is a mix of puzzle-solving and exploration within the confines of the space. Harding said that the puzzles will get progressively harder and that there are other gameplay mechanics that will reveal themselves further on.

Playing the game with an Oculus Rift (and controllers), you'll use the right paddle's joystick to control your movement. Otherwise, the game is designed to let you use your hands in the virtual space, picking up and interacting with objects as you go. The sonic screwdriver is your only other tool, which sits in your right pocket at all times.

If there's a risk, it's that the environments are a little too well done, turning The Edge of Time into an experience rather than a game. Harding said that Maze Theory worked with experimental and immersive theatre companies to create the game. 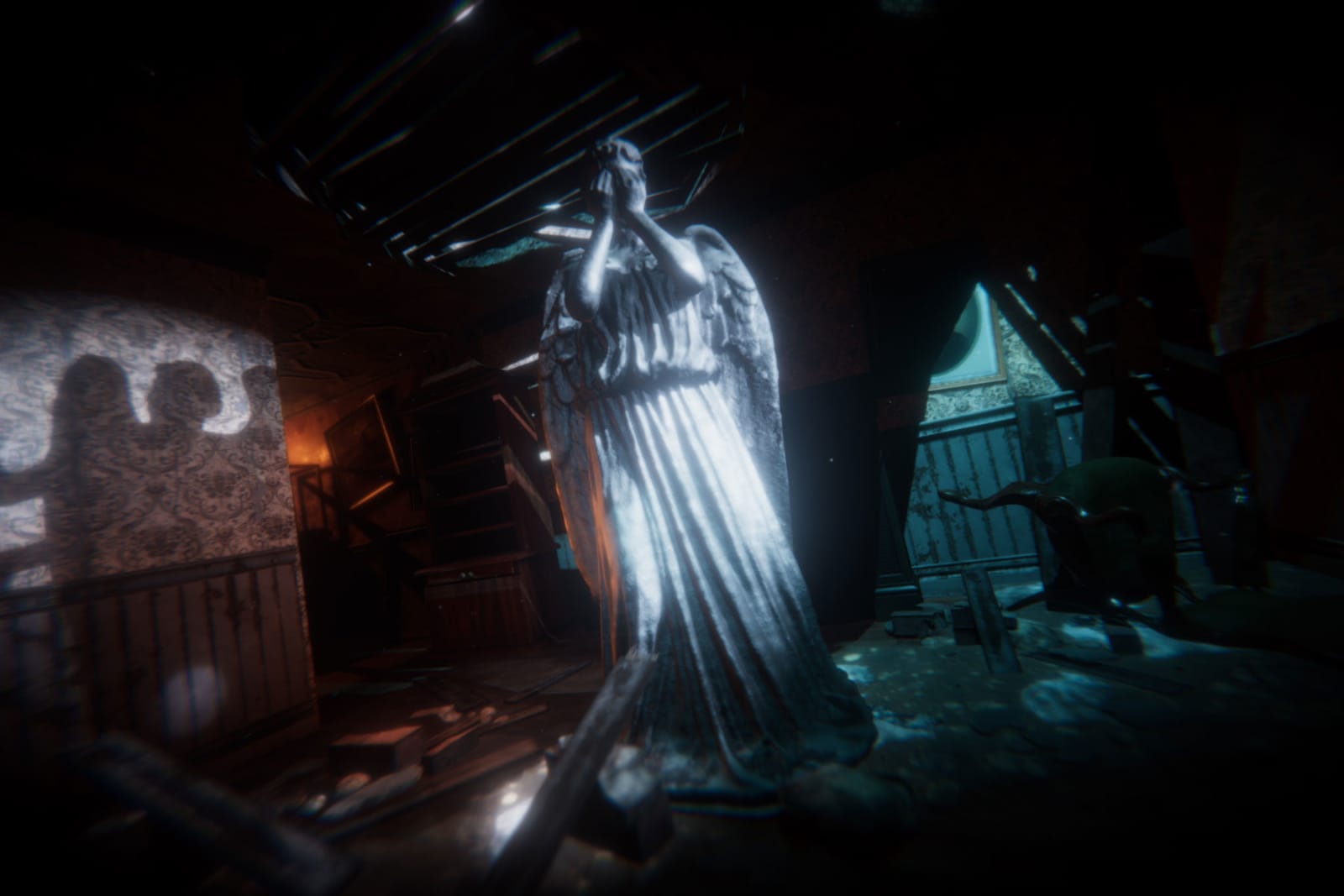 Harding said that the team's original goal was to create an experience around two hours long, long enough for most people's VR endurance. But the sheer volume of material that Maze Theory created meant the running time has expanded up to four hours. It'll be released in September for PlayStation VR, Oculus Rift and Quest, HTC Vive and Vive Cosmos.

We won't know until then if The Edge of Time is a good Doctor Who game, or even if it's a good video game outright. Harding said that despite the branding, the title is designed for "everyone," with Easter eggs to delight the faithful, rather than an excess of deep cuts. The price hasn't been announced yet, but the team is hopeful it'll be around or under $25.

But what is clear, even two months away from launch, is how well-suited Doctor Who is to VR. I am a child of the show's wilderness years, when other mediums -- novels, comics and audio -- kept the show alive. The slogan on the back cover of the New Adventures novels was "stories too broad and too deep for the small screen." What better way to do that than by plunging you into the middle of those stories, rather than watching from the sidelines?

Whisper it, but imagine a future in which VR Doctor Who episodes could realize those tales that really are too broad and deep for TV. Imagine wandering around Anathema or Lungbarrow in VR, and actually participating in the story as you go along. I'm hoping The Edge of Time lives up to its promise and can finally end the truth that there are no good Doctor Who games.