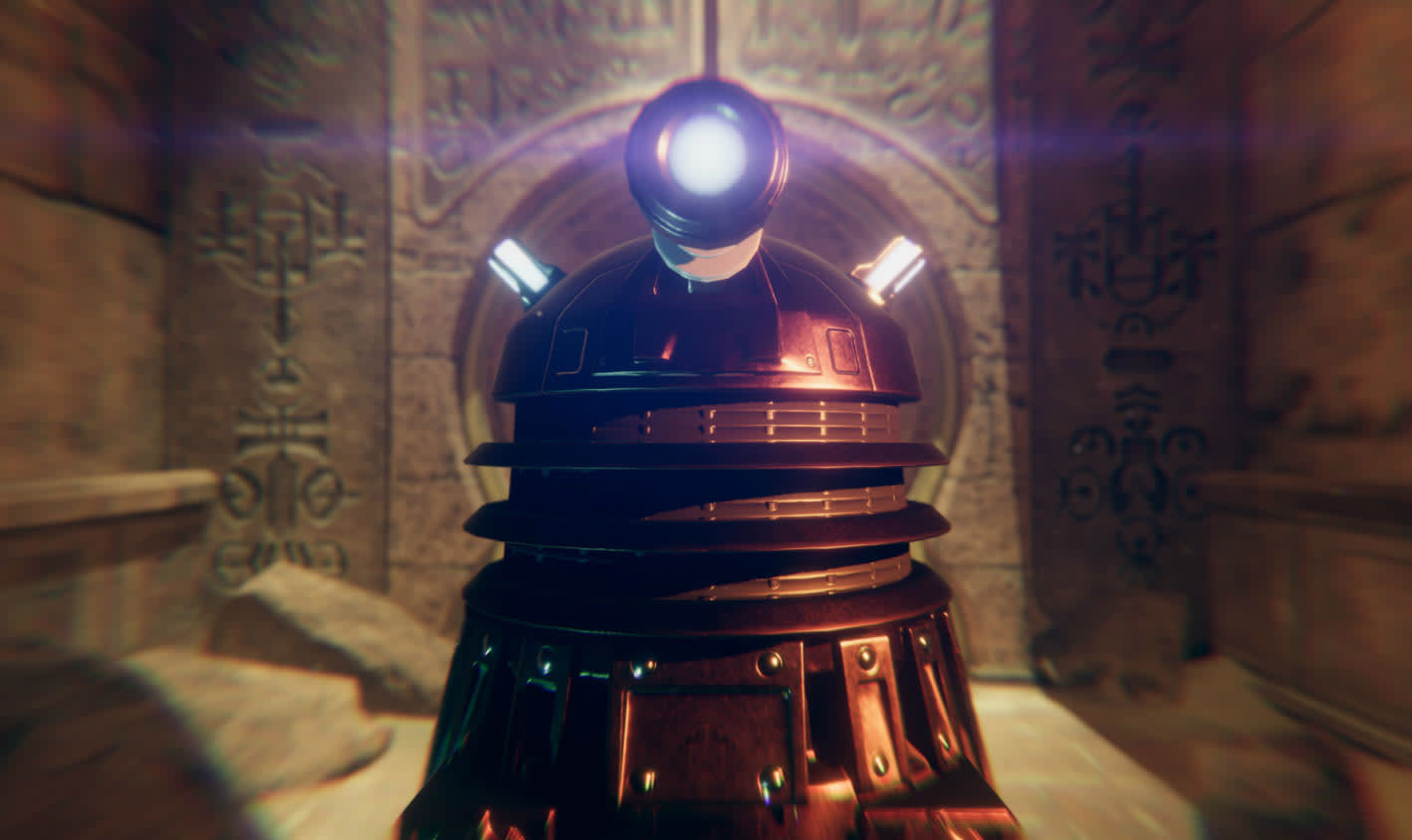 While you can't warp time to see the twelfth season of Doctor Who any sooner, this September, you'll be able to dive into the show in a new way. BBC Studios is bringing the series to life as a VR video game, Doctor Who: The Edge of Time. This is the second recent VR interpretation of the classic -- earlier this month BBC released The Runaway, a short animated VR film. And it could be yet another consolation for fans who are eagerly awaiting the next season, set to air in early 2020.

In The Edge of Time, the Doctor -- played and voiced by Jodie Whittaker -- is hurled to the end of the universe, and a virus threatens to rip apart reality. Players will have to solve mind-bending puzzles and defeat new and classic monsters. Equipped with the Sonic Screwdriver, players will be able to pilot the TARDIS and venture through VR to new and familiar worlds. They'll gather crystals to repair space and time, and of course, save the universe itself.

The game promises to stay true to the show's 55-year history, while adding new twists that only VR can make possible. Developed by Maze Theory and published by PlayStack, the game will launch in September on PlayStation VR, Oculus Rift, Oculus Quest, HTC VIVE and VIVE Cosmos. In the meantime, you can catch a short trailer for the game below:

In this article: av, bbc, bbc studios, doctor who, entertainment, gaming, jodie whittaker, maze theory, oculus rift, playstack, playstation vr, the edge of time, video game, virtual reality, vive, vr
All products recommended by Engadget are selected by our editorial team, independent of our parent company. Some of our stories include affiliate links. If you buy something through one of these links, we may earn an affiliate commission.