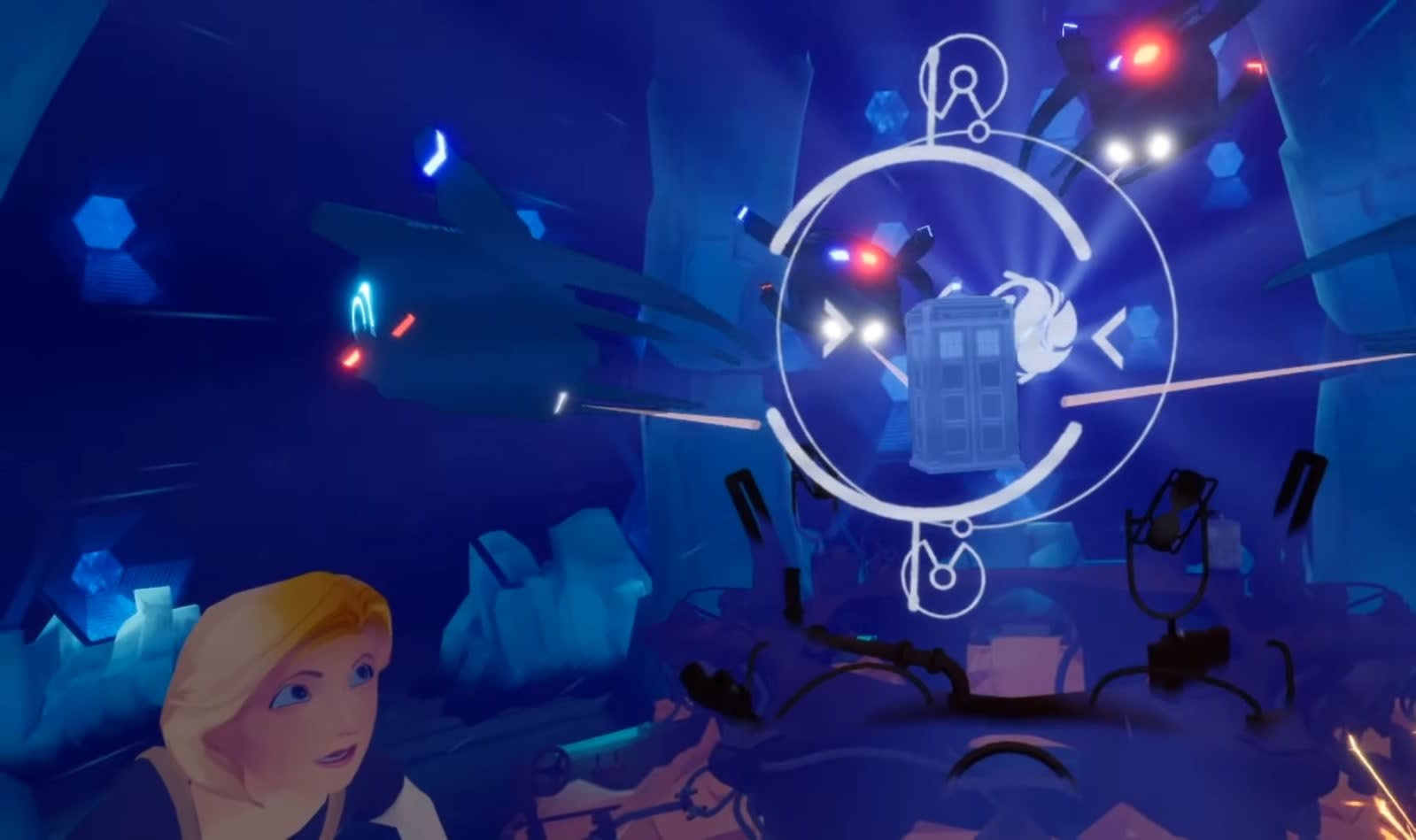 Doctor Who fans who can't bear the long wait for the twelfth season are in for a treat. The BBC has released Doctor Who: The Runaway, an animated short VR film based on the classic British sci-fi series and voiced by its own Jodie Whittaker, who reprises her role as the show's time-traveling protagonist. Based on the BBC's description, The Runaway throws you into the topsy-turvy universe of Doctor Who right away. You wake up inside the TARDIS after being in a collision with a teenage space bomb named the Volta. In a race against time, you and Doctor Who must get Volta home to his parents before he falls prey to some dangerous distractions.

The 13-minute film is available for free on the Oculus Store and Vive Port for use with the Oculus Rift or HTC Vive. Both Oculus Go and Gear VR owners can head to the BBC VR app to download a 360 degree video version, that has a shorter runtime of 11 minutes.

For those who are unfamiliar with the BBC's VR Hub, the outfit has released some fascinating projects, including a VR documentary series on the Nile River, Damming the Nile as well as a VR experience featuring Chabuddy G from the mockumentary series People Just Do Nothing. According to BCC VR Hub head Zillah Watson, The Runaway is the most ambitious project from the network's VR portal to date. You can catch a trailer for The Runaway below:

In this article: av, bbc, doctor who, entertainment, gadgetry, gadgets, gear vr, HTC Vive, oculus rift, Oculus VR, oculusgo, samsung
All products recommended by Engadget are selected by our editorial team, independent of our parent company. Some of our stories include affiliate links. If you buy something through one of these links, we may earn an affiliate commission.