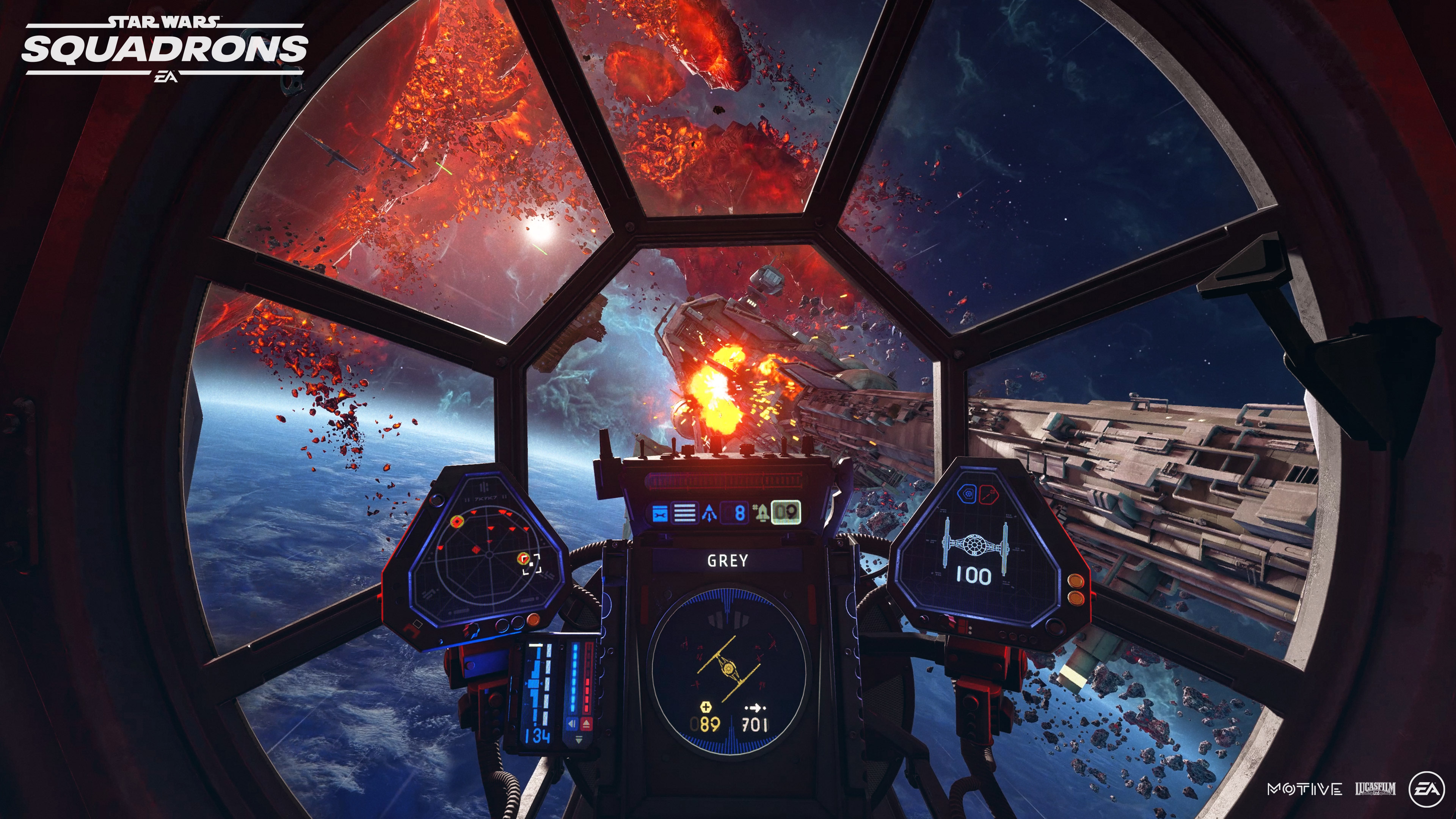 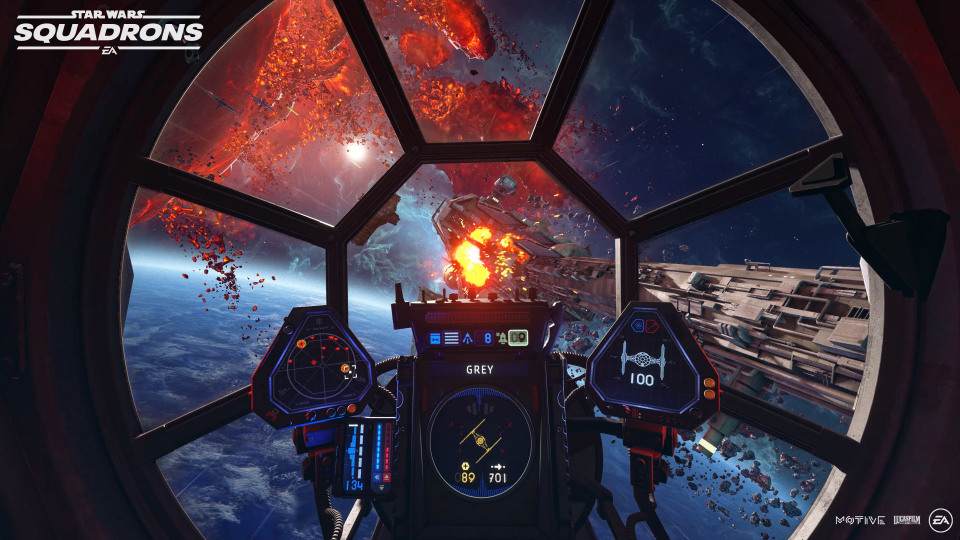 Set in the venerated Star Wars universe, Squadrons offers both a single player campaign, where neophyte flyers can earn their wings, and an intense online multiplayer. The single-player story mode involves alternating missions between a pair of playable combat pilots— one fighting for the Rebel Alliance, the other for the Galactic Empire.

The multiplayer side offers a variety of game modes. Squadron mode is a straight up 5v5 dogfight. However the Fleet Battle mode is where ace fighter pilots will really shine. These multistage conflicts pit either solo players or full 5-person teams against other online competitors or the game’s advanced AI. Your team must first clear the center of the map via dogfighting to establish the battle lines, then take out the enemy’s capital ships before finally knocking out the opposing forces’ massive flagships.

Squadrons will offer players a wide variety of both cosmetic and functional upgrades, including more than 50 earnable components with which to customize your ship’s performance.

Star Wars: Squadrons will arrive on October 2nd, 2020 for Xbox One, PS4 and PC (on Origin, Epic Games Store and Steam) with a VR option on the PS4 and PC. But good luck keeping your lunch down while corkscrewing through space in search of thermal exhaust vents.

In this article: xboxone, ps4, eaplaylive, star wars, origin, EA, steam, eaplay2020, star wars squadrons, vr, news, gaming
All products recommended by Engadget are selected by our editorial team, independent of our parent company. Some of our stories include affiliate links. If you buy something through one of these links, we may earn an affiliate commission.