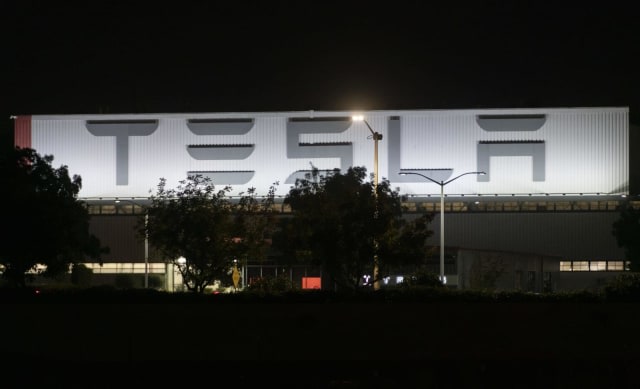 Elon Musk has been frustrated that Tesla’s Fremont factory has remained shut down due to Alameda County’s lockdown order, and that anger has apparently reached the boiling point. Musk has claimed that he’ll move Tesla’s headquarters to Nevada or Texas “immediately” as a result of Alameda County’s decision to keep the Fremont factory shut through May. He also threatened to pull all manufacturing from Fremont “depending on how Tesla is treated in the future.”

On top of this, Musk said Tesla would sue the county for allegedly defying “the Governor, the President, our Constitutional freedoms & just plain common sense.”

The entrepreneur has made his displeasure with the Fremont shutdown clear on more than one occasion, including on Twitter and in a profanity-laced outburst in an earning call where he called lockdown safety measures an attack on freedom.

We’ve asked the company if it can elaborate on Musk’s statements. If he follows through, however, it could significantly affect the automotive and technology industries. It’d leave California without a major car maker, as Musk suggested, while boosting Tesla’s presence in Nevada. It could hurt Tesla’s ability to hire new staff in the process, mind you. The company has poached staff from tech companies in the San Francisco Bay Area that might not have needed to relocate at all. While a move to another state would reduce the chances of companies ‘stealing’ Tesla employees, the EV maker could have a harder time recruiting workers without immediate access to Silicon Valley talent.

Update 5/10 9:30AM ET: Tesla followed up Musk’s declarations with a blog post making its case for restarting production in Fremont, including safety measures and the Governor’s reopening strategy. While the company didn’t touch on Musk’s threat to move the headquarters, it confirmed that a lawsuit had been filed to invalidate Alameda County’s restrictions and hinted that 20,000 Tesla jobs (including over 10,000 at the factory) were at stake.

Frankly, this is the final straw. Tesla will now move its HQ and future programs to Texas/Nevada immediately. If we even retain Fremont manufacturing activity at all, it will be dependen on how Tesla is treated in the future. Tesla is the last carmaker left in CA.

In this article: lawsuit, Fremont, Nevada, coronavirus, elon musk, manufacturing, Texas, Tesla, Covid-19, news, gear
All products recommended by Engadget are selected by our editorial team, independent of our parent company. Some of our stories include affiliate links. If you buy something through one of these links, we may earn an affiliate commission.