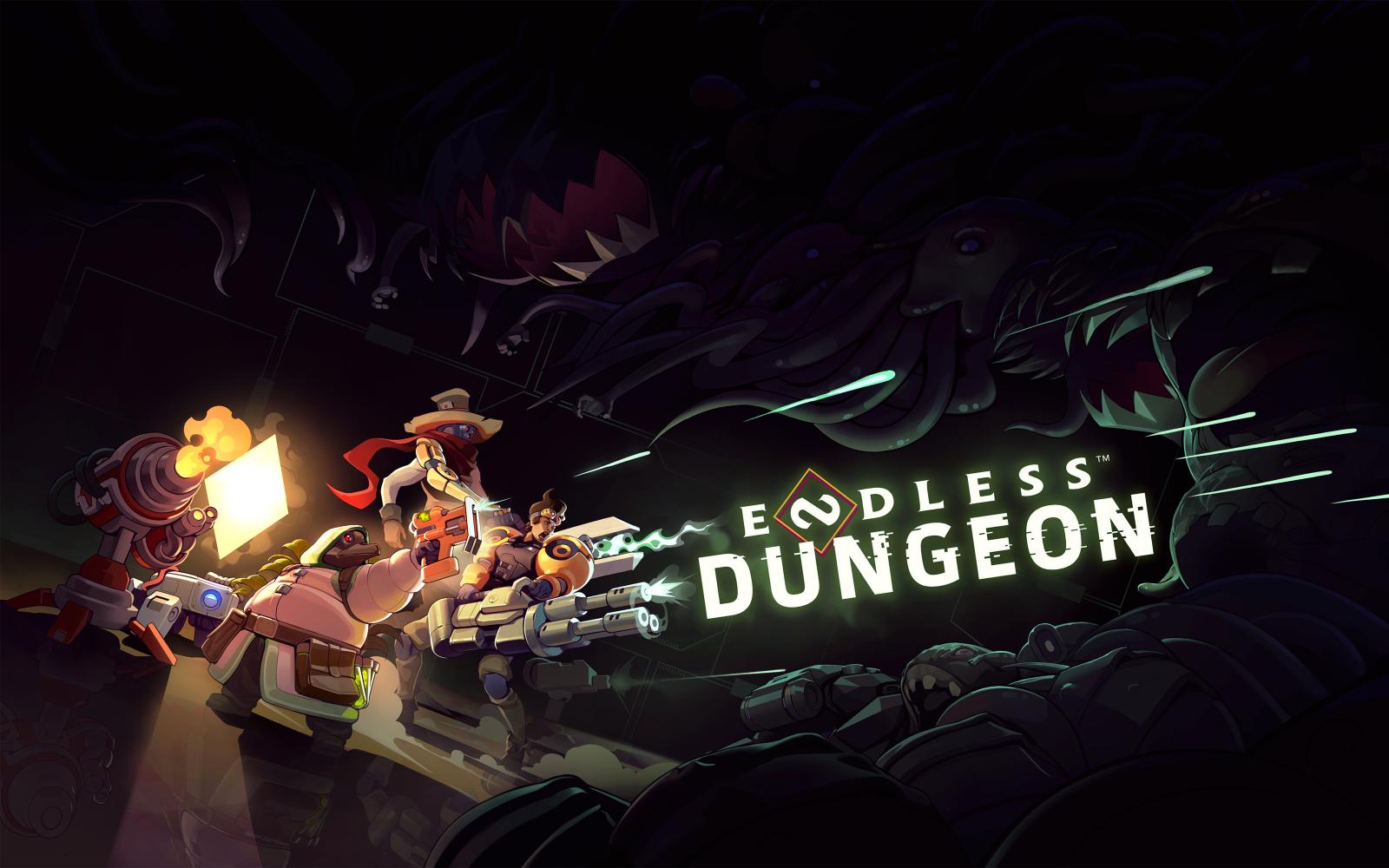 Even in defeat, every moment is thrilling.

My first playthrough of Endless Dungeon ended in disaster. The “Crystal Bot” I was supposed to defend was overrun by a ravenous swarm of bugs after I left it open to attack by pulling my two heroes away to protect a resource point. Naturally, I started a new run immediately after I had a moment to curse my luck.

Endless Dungeon falls somewhere between a sequel and remake of 2014’s Dungeon of the Endless, the game that helped developer Amplitude Studios make its name. Like its predecessor, Endless Dungeon tasks you with protecting a crystal from hordes of enemies while finding your way through a mysterious multi-level dungeon. But where Dungeon of the Endless took place on a strange alien planet, this one is set on a station left behind by the Endless, the ancient alien race that connects all of Amplitude’s projects.

Also new to Endless Dungeon is that it’s a twin-stick shooter and features a roguelite progression, meaning you’ll need to start from the beginning of the game each time you fail your objective but you’ll carry over some of the things you earned to make your next run easier. Additionally, Amplitude has built the game from the start with multiplayer in mind.

“We had a lot of ideas for Dungeon of the Endless that didn’t make it into the game,” says lead game designer Arthur Prudent during a press event Sega held last week. “This time we wanted to do something more accessible. That’s why we wanted the player to have direct control. That forced us to change a lot of things.”

Each run of Endless Dungeon begins with you picking a team of misfits to delve into the depths of the station. In the demo I played, you could take two characters with you. The final game will feature eight playable heroes, with a full team consisting of three squadmates.

When playing online, you and two other friends control one character each. In singleplayer, you can only play as one hero at a time. However, you can issue orders to your two party members. Each hero has their own backstory and playstyle, as well as special and ultimate abilities. Zed, one of my favorites, carries a minigun into battle with her and can clear rooms with an explosive line attack.

Once you have a squad assembled, the bulk of Endless Dungeon’s gameplay involves attempting to get the cute Crystal Bot I mentioned before to the end of a level so that it can descend further down the station and you can find what’s at the center. The catch is that each time you attempt to move the robot, an endless horde of enemies will attack until the bot is either destroyed or you successfully get it to its destination. Waves of enemies will also periodically attack you while you explore each level.

What makes the action in Endless Dungeon thrilling is that it’s a tower-defense game where you don’t know the entire layout of a level when you start. You have to explore each level to find all the enemy spawn points. My first run ended when I left one of the corridors leading to my Crystal Bot undefended. Some levels will feature locked doors, with a central switch you can trigger to unlock them all at once, allowing you to shape the path enemies take.

Every level consists of multiple rooms, and in each room, you can build turrets to thin out enemy waves. In addition to the usual assortment of damage-dealing ones, you can build turrets that slow your enemies and shield your other assets to make them more resistant to attack. Gone from Dungeon of the Endless is that game’s light mechanic where enemies would spawn in rooms where you didn’t spend Dust to power them. That makes planning your defenses both more and less difficult since you need to find the enemy’s dedicated spawn points.

Building turrets requires a resource called industry. Alongside food and science, it’s one of three primary resources you’ll collect to build structures, heal your heroes, research new turrets and more. A fourth resource called Dust Shards lets you upgrade your Crystal Bot and restore power to rooms left without any.

Managing your resources in Endless Dungeon is its own tightrope act. As you explore each floor of the station, you’ll find rooms with spots for generators that can add to your food, industry or science stockpiles. If you have enough industry points, you can build additional extractors, with each subsequent one costing more than the last. But just because you can, doesn’t mean you should.

That’s because Endless Dungeon plays out in real-time but your generators only add to your resource pool when you open a new room. Moreover, they’re one of the first things the denizens of the station will attack on their way to your Crystal Bot. To make things even more complicated, even if you build an industry generator on every spot you find, you won’t have enough materials for all the turrets you need to defend everything. In short, expansion comes with risks in Endless Dungeon, and the game constantly asks you to make those kinds of decisions.

For instance, collecting Dust Shards involves uprooting your Crystal Bot and moving it, meaning it must leave behind any turrets you built to defend it. Obtaining upgrades from a research terminal is similarly perilous since starting one will trigger a wave of enemies.

My second and third runs end about as well as my first one, and I’m no closer to completing the demo than I was when the preview began. “The game is supposed to be hard,” Prudent tells me and everyone else taking part in the event. Each time you fail a run in Endless Dungeon, you find yourself back in a bar that plays smooth jazz in the background. It’s here that you get a chance to talk to all the characters you can take on your runs and unlock the things that will make your next playthrough go smoother.

Amplitude Studios wasn’t ready to preview those systems when I played the game. Without experiencing them, it’s hard to say if Endless Dungeon will have the staying power of games like Hades or Rogue Legacy 2, but what I played last left me excited to see where the studio takes the game. Endless Dungeon doesn’t have a release date, but when it does arrive, you’ll be able to play it on PC, PlayStation, Xbox and Switch.