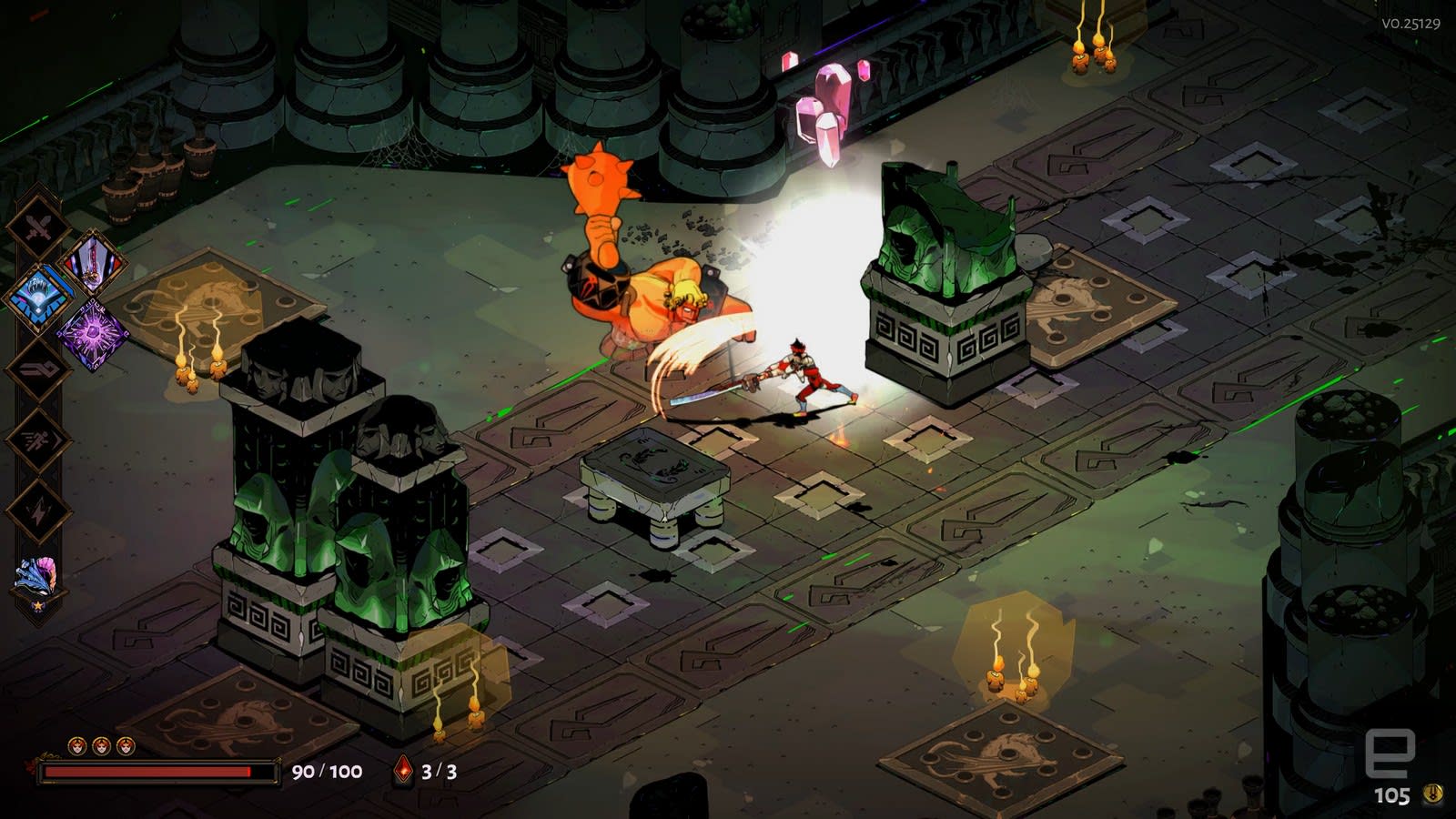 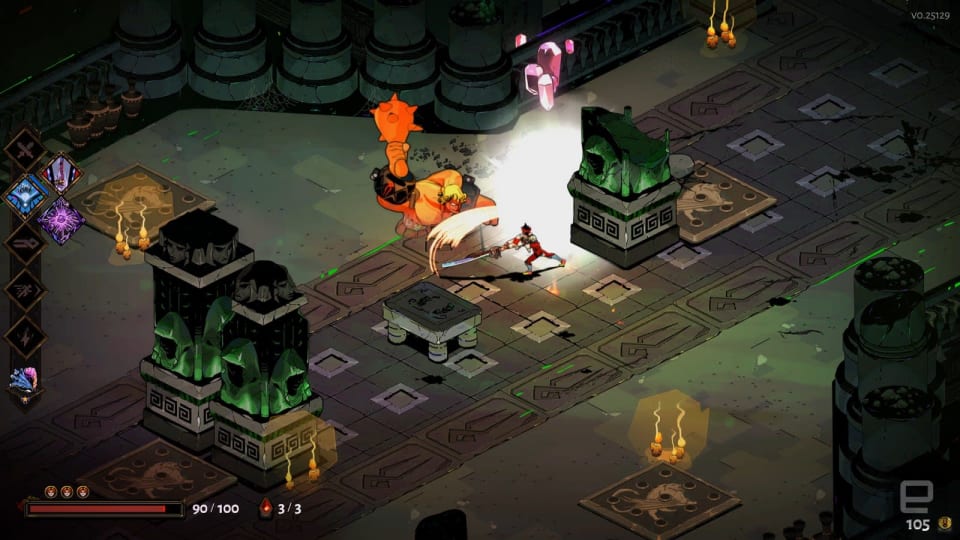 Hades is the game that finally got me to try an early-access release. I should explain: I generally feel you should buy a game only once it's been released and reviewed. In an era where physical stock is rarely a concern, pre-ordering games basically means you're giving publishers free money, but early access titles go a step further -- it's like paying to be a beta tester.

I can't claim to have jumped on Hades early, it's been out for more than a year. But I started playing it about a month ago, and it feels like Supergiant used the early access model perfectly. It's a "roguelike" action RPG where you battle through the depths of the underworld, trying to reach the land of the living, all the while dying repeatedly. There's a progression system where you can gain permanent bonuses, but most of your upgrades are found while playing, and are lost if you die. As with every rogue-like, you'll be seeing the beginning of the game a lot.

This isn't a new concept. But Supergiant, developers of the beloved brawler Bastion, along with Pyre and Transistor, has built on the combat from those previous games. It's created an exceptionally well designed system with weapons that feel unique; fluid and fantastic movement (especially dodging); and a difficulty curve that always feels just on the fair side of punishing. Depending on what upgrades you find, combat can feel totally different from one playthrough to the next. For example, a "boon" from the ever-helpful Artemis launches a seeking arrow whenever you hit an enemy. That power-up felt underwhelming when I ventured forth with a slow-swinging melee weapon, but it made me nearly unstoppable while wielding a rapid-fire cannon.

Supergiant centered the game in the world of Greek mythology, filled with bickering gods and memorable characters to create an actual narrative, something many roguelikes are sorely lacking in. Plus it features three-headed hellhound Cerberus, and he's the Goodest Boy in the whole underworld. (Petting Cerberus may be the most satisfying virtual-dog interaction I've ever had.)

In classic Supergiant style, it also fleshed out the world with fully-voiced character dialogue that reacts as you play. If you pick up a lightning-shooting boon from Zeus, you may get a derisive comment from Athena about her ne'er-do-well father the next time you see her. Your character, Zagreus, also keeps up a running commentary. He lets you know when you've made it farther than before, and mutters sarcastic jokes about the scenery (all the while sounding a bit like a bored Tom Hiddleston). The scope of the recorded dialogue is truly astounding. I've played more than 25 runs through Hades and am still being served up new lines and new plot. (Potential twenty-five hundred year old spoiler warning, don't Google "Zagreus" if you'd prefer to go in blind).

The game's plot still needs a bit of work, though. If you succeed in your mission and reach the world of the living, the game doesn't quite know what to do with you. It stops just shy of "it was all a dream" before plopping you back into the underworld for another run. But aside from that, Hades use of the early access model seems like it has been remarkably effective.

While some work-in-progress games are buggy messes, by all accounts Hades has been pretty stable from the get-go. The roguelike style of game lends itself to iteration. Each major release, coming around two month apart, has added new enemies, weapons, upgrades, and even gods. I started playing before the most recent update, which added a fishing mini-game and the chance to earn the favor of Demeter (who comes with a new ice-based slowing mechanic for combat).

I wish I'd started sooner, as the drip of new mechanics would probably have kept me playing all year. Hades was originally an Epic exclusive, but is now available on Steam as well. With the next release adding the final playable weapon, and the full release coming later this year it's still a great time to jump in.

Update: a previous version of this post stated the next update is expected to be the full 1.0 version. Version 1.0 is instead coming sometime later in 2020.

In this article: art, early access, gadgetry, gadgets, gaming, gamingirl, Hades, IRL, PC games, roguelikes, Supergiant Games
All products recommended by Engadget are selected by our editorial team, independent of our parent company. Some of our stories include affiliate links. If you buy something through one of these links, we may earn an affiliate commission.