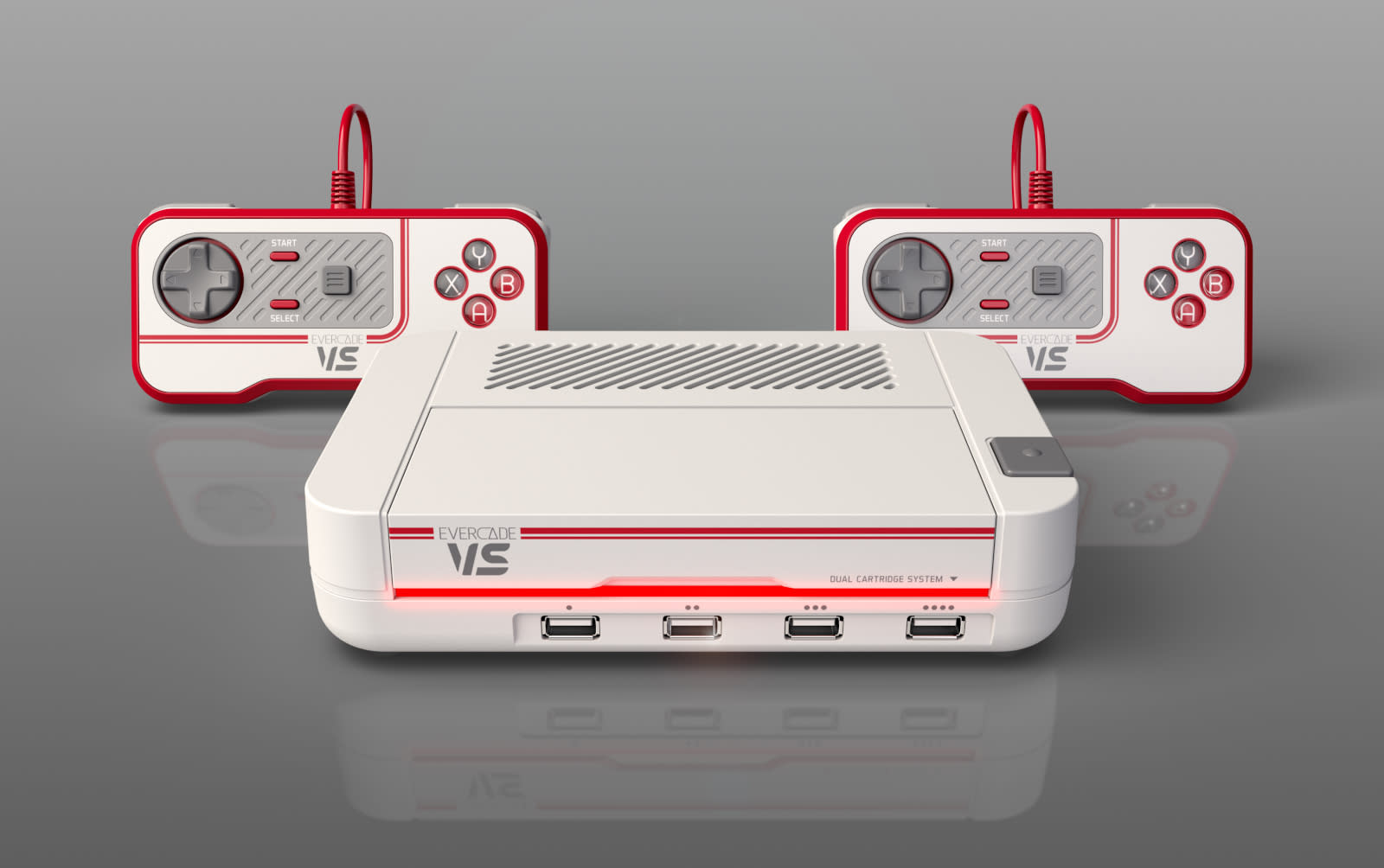 The $100 Evercade VS console will be available for pre-order on May 28th.

UK-based company Blaze Entertainment has launched Evercade VS, a retro gaming home console that uses proprietary cartridges to run games instead of an SD card or an online service. The new device is a follow-up to Evercade, the original handheld retrogaming console Blaze released last year.

Blaze's handheld comes with an HDMI port, so you can play old titles by Atari, Namco and other companies on a big screen. However, there's no way to use it for multiplayer gaming, even if a title supports the feature. The VS version solves that problem if you want to game with friends and family, allowing up to four people to play together with local multiplayer using USB controllers.

If you already own the original Evercade and don't mind dropping £90/$100/€100 for the home console version, you don't have to worry about your cartridge collection going to waste. The VS will run almost all of Blaze's proprietary cartridges, except two Namco Museum collections, which are handheld exclusives and are only available in Europe. You can even slot in two cartridges at once, because the device has a dual cartridge bay and an interface that can display up to 40 games at once. At the moment, Blaze Entertainment has released over 260 games across more than 20 cartridges, with plans to release more in the future.

The Evercade VS is powered by a 1.5Ghz quad-core CPU, has 512MB of DRAM and has a 1080p output. It stores save and load states in the cartridge itself, allowing you to resume your progress on the Evercade handheld, or vice versa. Unlike its handheld sibling, the VS has a WiFi connection for updates, as well as for any future online feature Blaze decides to roll out. The console will be available for pre-order starting on May 28th for $99, and it will start shipping in early November.