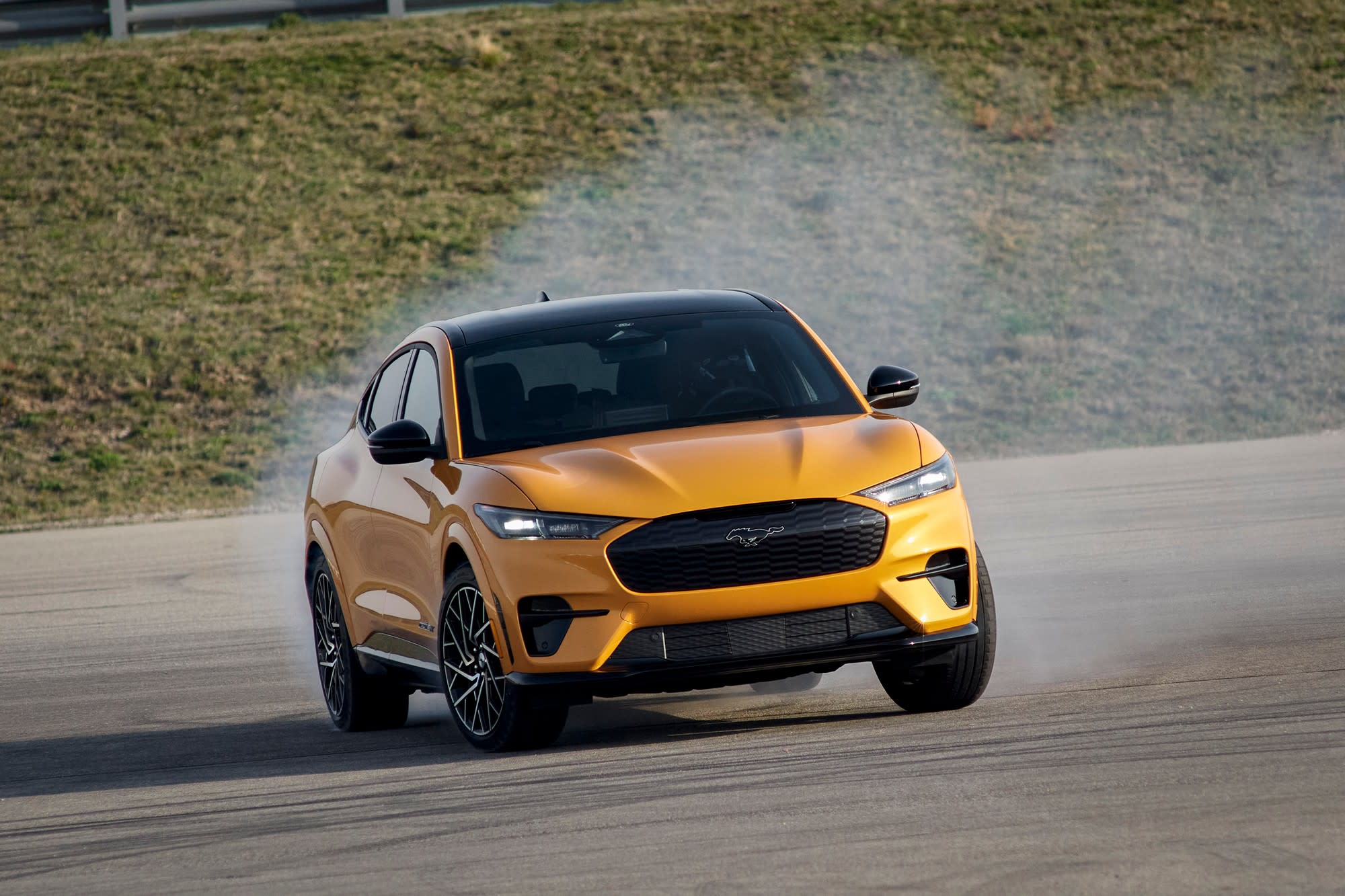 Ford has revealed more information about the features and performance of its Mustang Mach-E GT and GT Performance Edition along with the all-important pricing. The Mach-E GT, which accounts for 30 percent of Mach-E reservations, will start at $59,900 ($61,000 with destination charges), while the Performance Edition is priced at $64,900 and up.

Ford notes that the Mach-E GT versions have the same horsepower rating as the V8 Mustang Mach 1, but offer quite a bit more torque. However, with a starting price of $53,000 the Mach 1 ICE version is around nine grand cheaper.

The Performance Edition will come with an "Unbridled Extend" mode, a "track- and closed-course-only version of the regular Unbridled mode. That will put the traction and stability control systems into a track-friendly setup, while also "balancing power output for lap time consistency."

Other features unique to the GT models include a light-up pony logo on the front grille with a GT badge around back and sewn into the center console. They also come with red Brembo brake calipers and a "cyber orange" paint option. The Performance Edition gets its own special badging along with 20-inch wheels, Pirelli tires, Ford Performance seats, an aluminum instrument panel and standard magnetorheological dampers, presumably to allow for more fine-tuned ride performance.

All products recommended by Engadget are selected by our editorial team, independent of our parent company. Some of our stories include affiliate links. If you buy something through one of these links, we may earn an affiliate commission. All prices are correct at the time of publishing.
View All Comments
Ford's premium Mustang Mach-E GT EV starts at $59,900