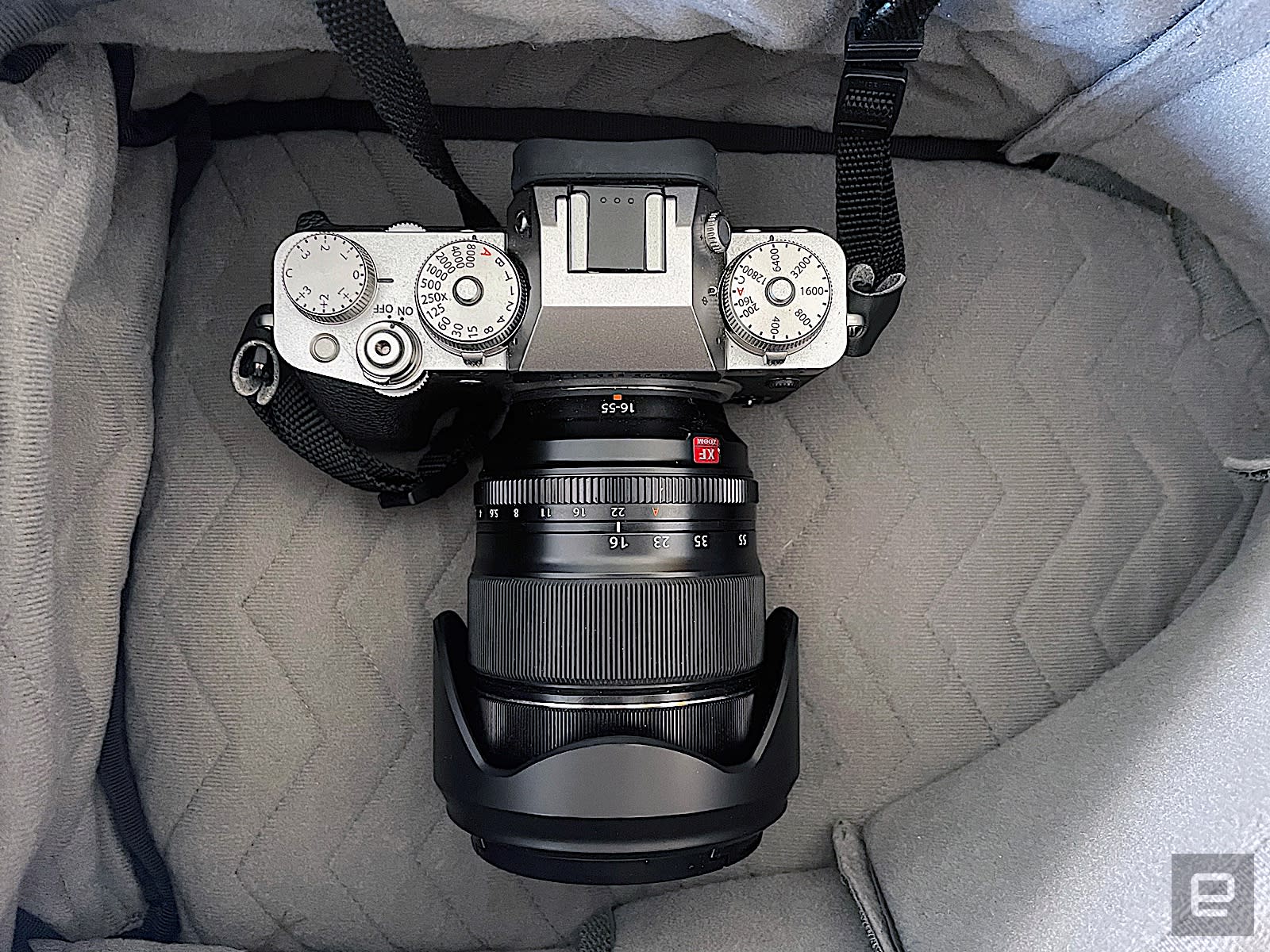 The camera's vintage look is a nice bonus.

J. Trew
@itstrew
February 8th, 2021
In this article: commerce, newirl, fujifilm, irl, fujifilm xt4, review, gear
All products recommended by Engadget are selected by our editorial team, independent of our parent company. Some of our stories include affiliate links. If you buy something through one of these links, we may earn an affiliate commission.

I am not a great photographer, but I do have more than a passing interest in the craft. A decade ago, I bought my first DSLR, a Canon 550D, and it served me well. Recently, though, my go-to lens started to lose its autofocus functionality. I tried a few tips from Google to resolve it, but after a decade together, I felt it was really about time to retire the old workhorse and get myself something a little more up-to-date.

Fortunately, given what I do for a living, good gear recommendations are never far away. I decided I didn't mind paying a bit for a reliable camera that might perhaps provide another 10 years of service. I also wanted something that had a solid collection of lenses, could turn its hand to video and — most importantly — was a sponge for light. I live in a north-facing apartment, so the time window for spontaneous product photography is often very narrow. Enter the mirrorless XT-4 from Fujifilm.

One of my colleagues was quick to recommend the XT-4 after I laid out what I was looking for and what I was willing to spend. I was instantly into it just for the aesthetics alone (a terrible reason to buy a camera, obviously, but it doesn't hurt to love how it looks). Its vintage styling gives it a cool ‘50s photojournalist vibe, a break from the rather faceless all-black options from Sony, Canon and Nikon I was perusing.

More importantly for my dingy apartment was the XT-4's in-body image stabilization (IBIS). While this was obviously appealing for any video work I might need it for, the idea of a full 5.5 stops of compensation with the XF 16-55mm f/2.8 I was planning to pair it with was very appealing. Even better was the maximum 6.5 stops of compensation for the next lens I was eyeing up, and ultimately bought soon after (the XF 35mm f/2).

Opting for the XF 16-55mm lens meant a bit more of an initial outlay. (It's often bundled with the similar-sounding, but optically inferior 18-55mm lens.) But I was able to find a good deal online, bringing the initial outlay back to much closer than what I would have paid at a general retailer with the lower-spec glass. Naturally, I got the silver model, the black version is nice, but those metal accents really make it stand out, at least I think so.

Looks don't count for much if it doesn't take great photos, obviously. Fortunately, that's not an issue here. Right out of the box I was impressed with the clarity and overall balance of the images that the XT-4 produces on full auto. You can see the first image I took above (my cat was less impressed with my new purchase).

What about that IBIS, though? It's as good as I was hoping and has saved me many hours of expletive-laden trial and error already. I took some test shots with a one-second, handheld exposure and while the results aren't something I'd want to publish, the stabilization clearly presents a much more pleasing image than without, something that’s very evident in the image above.

Of course, there is a lot more to the XT-4 than just its visual appeal and the IBIS. Normally I would pore over the manual immediately and learn every single thing, but there’s so much here to learn and explore that I am enjoying metering it out in small doses. My interest in photography grows stronger with each new feature or setting I discover. Every time I revisit the camera there’s something new to experiment with or understand. That part of the process has been almost as rewarding as the instant gratification of the good photos it produces. Fortunately, you can read all about that in our full review here.