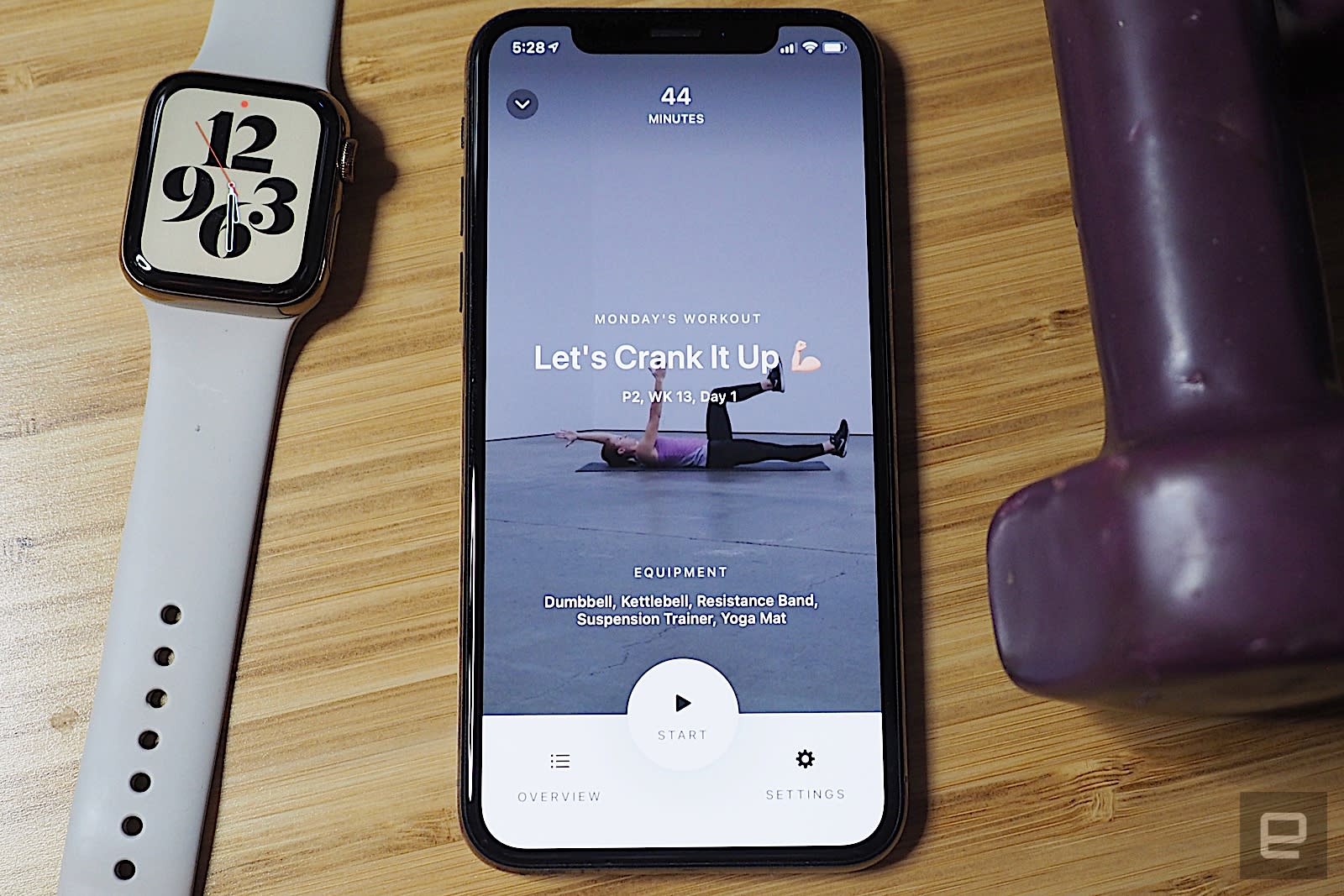 It provided me the motivation and accountability I needed.

N. Lee
@nicole
January 25th, 2021
In this article: workouts, future, commerce, apple watch, cctamazon, shopping, fitness, centralcommerce, future fit, ccttech, shoppable, review, gear
All products recommended by Engadget are selected by our editorial team, independent of our parent company. Some of our stories include affiliate links. If you buy something through one of these links, we may earn an affiliate commission.

Like a lot of people, I gained weight during lockdown. Not only did I give in to comfort food and stress eating, I also stopped exercising. On top of those extra pounds, I also grew increasingly sluggish and glum as world events continued to depress me. Last October, I was mindlessly scrolling through Instagram when I saw an ad for Future, an app that offered one-on-one remote personal trainers. Intrigued, I signed up for a free trial. I’ve now stuck with it for several months, and though I haven’t exactly lost a ton of weight, I feel much better than I used to. It costs a pretty penny ($150 a month), but I think I’ve finally found a fitness solution that works for me.

I’ve always had a love-hate relationship with exercise. Mostly hate. I’ve tried going to the gym many times, but it never stuck. Group classes terrify me and I’m generally intimidated by machines and weights. The only time that I’ve exercised with any regularity was when I had personal trainers, who not only kept me accountable, but also mixed up my exercises so I was never bored.

Unfortunately, personal trainers are expensive, so I discontinued those sessions as well. I also opted to cancel my gym membership to save even more money. Instead, I invested in a Peloton (I know, that seems counterintuitive, but paying for the bike on an installment plan was cheaper than my monthly gym fees). That worked for a while, but even then, I couldn’t quite push myself to get on the bike regularly. It seemed to me that my biggest obstacle to exercise was not just motivation, but accountability.

That was why I was initially drawn to Future. After I signed up, I was asked to choose a personal trainer. The app offers an array of choices with a short bio for each person. I decided on Ashley, mostly because she and I share an alma mater. Shortly thereafter, she contacted me via the app, and we arranged a FaceTime video call to review the plan. Then, over the video call, I laid out my goals along with a list of various injuries that might make certain exercises more difficult than others. For her part, she wanted to know what kind of equipment I had at home so that she could send me the right workouts. I told her I owned some dumbbells, a yoga mat, a foam roller and a Peloton bike, and she said that was perfectly fine to start.

One nice perk of the Future service is that every member is offered an Apple Watch Series 3 as a loaner for the duration of their membership. You’d put down a deposit of $200, which you would then get back if you decide to cancel. Alternately, you could pay the difference between the deposit and the watch’s retail price to purchase it outright.

The reason Future offers the Apple Watch is because that’s the primary way in which Future trainers keep track of whether you’re working out, and how well you’re doing. I already had an Apple Watch Series 5, so I opted out of the offer.

After the call, Ashley began sending me workout routines via the app. A typical workout session would include a brief warm-up followed by several minutes of exercises and then stretching or foam rolls. Each routine has an accompanying video instruction as well as a pre-recorded voice guide. Every once in a while, Ashley would add in some verbal encouragement or a few tips on how to keep proper form as well. After each workout, Ashley gets to see my heart rate levels (thanks, Apple Watch), and I have the option of leaving her some feedback on how I think it went.

It was a little rough-going at first. I couldn’t do some of the workouts she assigned (jumping jacks were a little tough due to plantar fasciitis, for example) and the routines were sometimes almost an hour long, which was a little much for me. After some discussion, she agreed to shorten the routines to about 30 minutes, but to have more of them throughout the week (so instead of three times a week, it would be four). She also modified the workouts to better suit my needs, such as knee push-ups instead of regular ones, and an overall emphasis on low-impact workouts that are much better for the aforementioned plantar fasciitis.

On top of that, Ashley would message me constantly, either to remind me of my workouts, or to ask me why I skipped a particular day. There were days when, despite feeling ragged with exhaustion, I would still squeeze in a workout because I didn’t want Ashley to guilt-trip me the following morning.

After a while, I found myself working out nearly every day. (She eventually increased the routine to five days a week.) I actually began to enjoy it, so much so that I purchased more workout gear (I bought a suspension trainer and a kettlebell), and asked Ashley to incorporate them into the routine so that I would have more variety. She obliged, and I’m currently very pleased with how varied the workouts are.

What I also like about Future’s system is that I can work out whenever I want, according to my own schedule. Plus, if I decide to take a group class or add some cardio to my routine, I can simply add that in without Ashley having to assign it.

Of course, as great as I think Future is, nothing beats having an in-person personal trainer that can adapt to your workouts on the fly. I still have to count my own reps, and make sure my form is correct by myself. But at times like these when in-person contact with strangers is a bad idea, a solution like Future’s could be the next best thing.