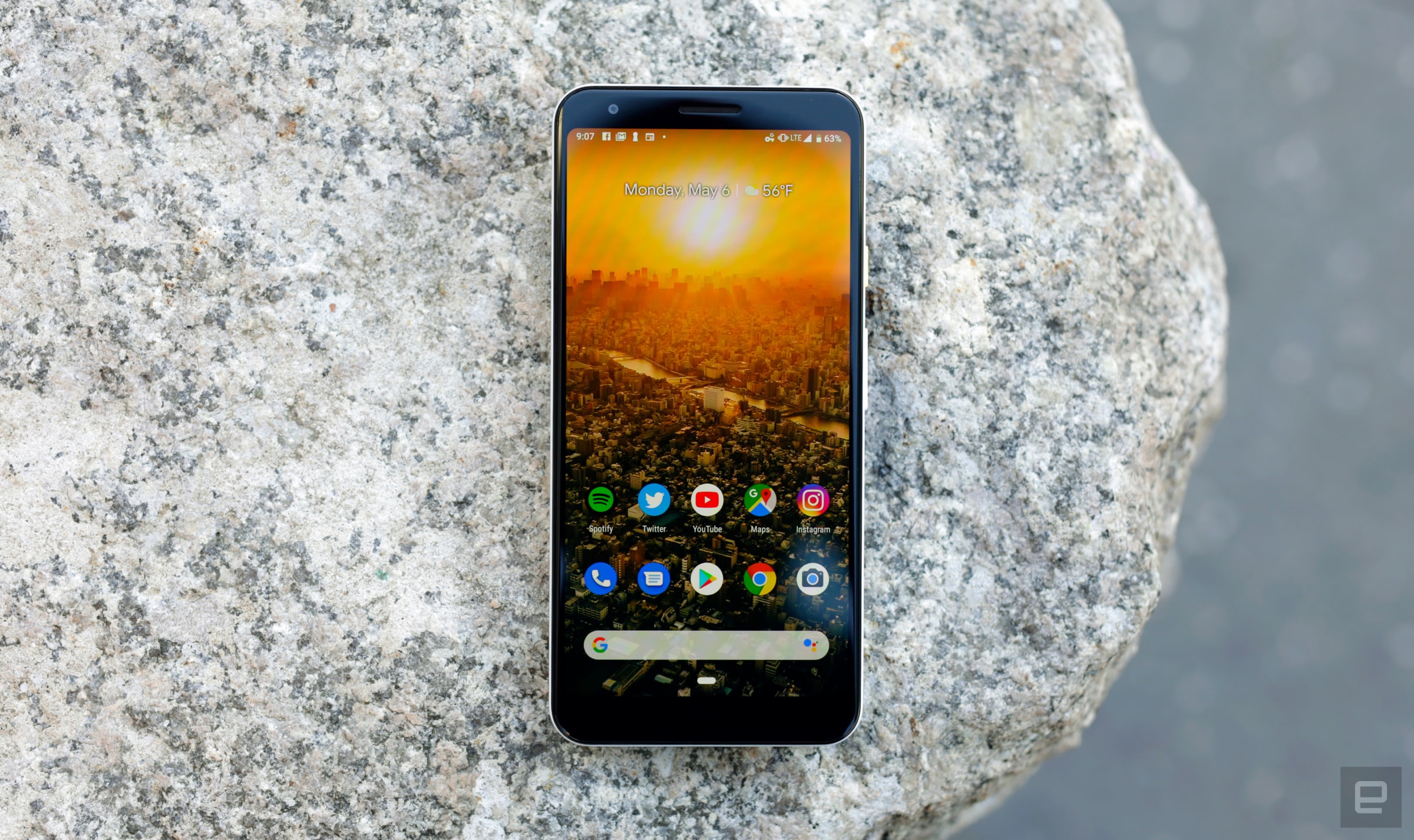 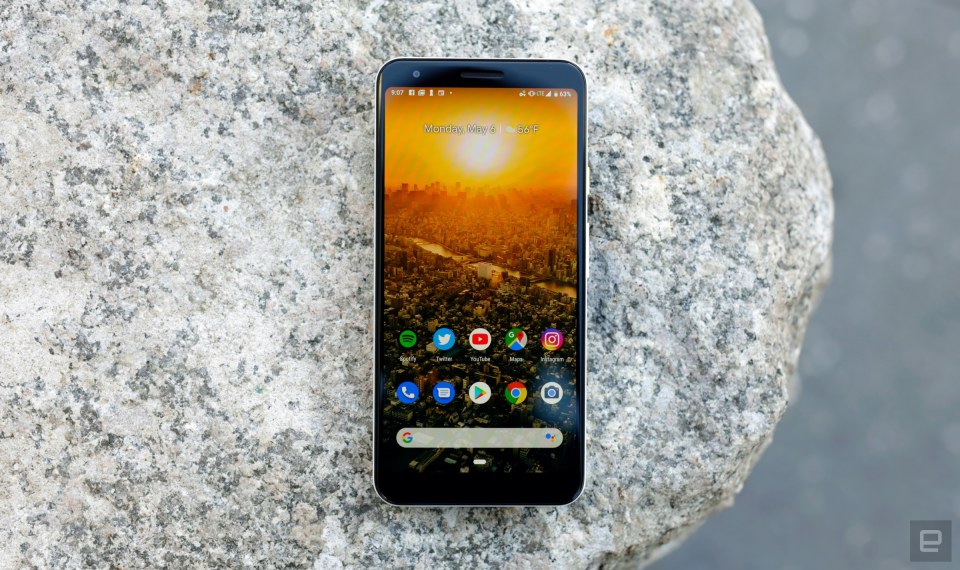 Senior Editor Chris Velazco was skeptical when he got some time with Google’s Pixel 3a last May. The company’s high-end flagship for 2018, the Pixel 3, scored well on the basis of its brilliant display, impressive camera algorithms and solid software upgrades. But could its premium feel and features be reproduced in a handset with a budget price point? The answer was a resounding yes. Chris was pleased by the mix of value and performance that the 3a offered, and wasn’t deterred by its polycarbonate body or lack of water resistance. We asked readers to share their feelings about the handset, and they provided plenty of details on how the 3a fit their particular needs.

When it came to the physical appearance of the phone, most were fans. James felt the size and weight of the handset were good, and that he wouldn’t want anything bigger. Reader Chris said he found the 3a “exceptional due to having the perfect form factor (body + screen size),” and Dwight liked that the 3a’s “simple design that really fits well in a pocket.” However, there were a few detractors. Dustin said “it is very light compared to more premium midrange phones that it’s competing against, but that weight difference comes at a cost.” Likewise, Billy’s only gripe was that the phone is slightly too tall: “My previous 1st-gen Pixel was just a little shorter and would always fit nicely in my jeans pocket. The Pixel 3a still fits in the pocket, but I did prefer the slightly shorter profile of my previous phone.”

Speaking of that lightweight feel, our users largely approved of the phone’s materials. Some, like Maddie, thought that “even though it uses a plastic case, it feels sturdy and brilliantly light.” Kyle concurred, saying the polycarbonate body “doesn’t feel cheap or plastic-ish in any way,” adding that the decision to use the material “goes a long way in preserving the body of this phone for your lifetime of ownership.”

Others, like Kyle, were more focused on durability, saying “it resists scuffs and obvious scratches, remaining reliably dependable inside and out of your pockets.” Travis “dropped this phone to hell and still not even a cracked screen, just the plastic corners getting beat up.” Dustin said the cheaper materials made the 3a “easier to damage” but it “can take a fair amount of abuse; just don’t expect it to look pretty unless you cover it in a case.” Dwight said he wasn’t worried about dropping the device because it’s made out of plastic. Finally, Kevin shared that “we have many 3a handsets in our fleet of company-owned devices -- they are trouble-free and reliable and we don’t worry about employees that accidentally damage them.”

The 3a’s 6-inch OLED display runs at a 2,140 x 1,080 resolution and our reviewer, Chris, enjoyed the punchy ‘Adaptive’ color mode that was the default setting. But he also wished the display was brighter (especially in outdoor lighting). Readers agreed with him: Billy found the colors vivid and the blacks deep and felt the display resolution was more than enough, and “had to scale the DPI settings up due to my eyesight. I don’t think having a higher resolution display would bring any benefits.” He also felt the OLED display was an excellent value for a phone in the 3a’s price range, and that it was much easier on the eyes to read text in dark surroundings from a non-backlit display.

When it came to screen brightness, Peter, Kyle and Kenshin11 all agreed with Chris Velazco. Peter said the only negative “is that the screen won’t go bright enough outside in the sun, but that impacts pretty much any non-Apple phone.” Kyle felt the “screen brightness does suffer when in full sunlight,” but that it was manageable. This drawback was also Kenshin11’s main complaint. “The resolution for the screen size is fine. It’s a $399 phone, I don’t think you’re going to get a decently bright screen at this price. Besides the lack of maximum screen brightness, this is a solid phone for the price range.”

The 3,000mAh battery in the 3a was a noticeable improvement to our readers. Billy felt that battery life was one of the areas where the 3a excelled, and he was “regularly amazed at how at the end of the day the phone can have up to 80 percent of the battery left. Even if I use the phone heavily, it will have 60 percent battery left. In fact, I don’t think my 3a has ever run out of battery so far.” James said battery life was great (but should be swappable), and appreciated the quick charge feature as well. Dergolem found the battery management very good and that it has “gotten smarter as I use it. I get a couple of days’ use before a recharge.” The only users who had a less than stellar experience were Iebe, who called the battery life mediocre, and Dwight noted the battery management is “normal, but not so good that it can last for a full day.”

Google didn’t skimp on the camera here; the 3a features the same 12.2-megapixel camera and Sony IMX363 sensor as the more expensive Pixel 3. Users raved about the performance, and across the board had no criticisms. Billy said the camera “is superb, much better than in any of my previous phones, or even my friends’ flagship phones. Night sight even allows me to take photos in what I would before consider impossible lighting conditions.” Peter said he’s “found the camera to be fantastic,” and he “rarely digs out my mirrorless unless I’m vacationing.”  Kenshin11 felt the camera system on the 3a was “leagues above the Note 8. This has taken the best portrait photos of any phone I’ve tried.” Dergolem said the camera “knocks me out. The photos are amazing.” And Kyle, who called the camera unbelievable, thought the Night Sight feature was “mind-blowing, capturing what no other phone can do.” He also said, “As I have kids, my camera is subjected to constant use in all conditions,” and “colors stay true while the bokeh effect can sometimes be overly aggressive, though simply taking an extra photo seems to allow the AI to compensate and correct without any fiddling of setting.”

One of the main reasons users cited for purchasing a Pixel phone was getting the Android operating system directly from Google itself. As Billy phrased it, “this phone does not have any manufacturer’s second-rate features and apps that just annoy me - everything is pure Android, which is great.” Dustin felt similarly, stating “the pure Android experience is a welcome change to all the skins the big manufacturers put on their Android phones.” Kenshin11 added, “you get vanilla Android, and being directly from Google you’ll get the Android updates very quickly.”

Fast updates were another big reason why users said they went with a Google-made smartphone, with Ken appreciating the fast OS updates. Billy said he valued that the “software received security updates each month, and new Android versions are made available immediately (within hours) of when they are publicly released.” Dergolem said these were why they stuck with the 3a for as long as possible: “My primary reason for updating [my handset] is OS update support and security patches.”

In a world where flagship smartphones often cost upwards of $1,000, the 3a’s low price made it stand out even more. Multiple users mentioned they felt they were getting a high quality smartphone on a budget ($299 for the 3a and $479 for the 3a XL). Ken, who said he couldn’t justify a $1,000 purchase price for a smartphone, said the 3a “exceeded all of my expectations and shattered my preconceived notions of what a mid-range smartphone is capable of. This feels like a high-end phone to me.” Page said it was “by far the best budget phone I have ever purchased. For everything you get with this phone there is really nothing at all you can complain about.” Dergolem deemed it a “perfect balance of price and features,” while Dwight called it “the best device you can have in this price range.” User Chris explained that “part of the love is the value people feel they’re getting from such a relatively inexpensive phone,” and Dustin, Billy, Kevin and James all commented on the fair price and good value of their 3a handsets. Kyle said “at $399, Google brought a mid range phone that feels and operates just as reliably as any top tier phone My pocket feels happy, which is not to be understated.”

Aside from a few users who reported some snags with Bluetooth connections, our user reviewers had nothing but positive feedback about their experiences with the 3a. Travis had a fantastic experience with his handset, while Ken said “honestly, I have zero complaints. Can’t recommend this phone enough.” Reader Chris declared the 3a his “ideal phone in basically every sense,” and Peter said “after about nine months of use, I really don’t have much to complain about.” Kyle, who had eight months of use with his device, felt it had “exceeded any expectations I had prior to purchase” and that “the team behind Google nailed it out of the park with their 2019 mid-range phones.” Kenshin11 confessed that “this phone does most things very well, so much so, that I’m able to delay getting a new ‘flagship’ phone for even longer - if ever again.”