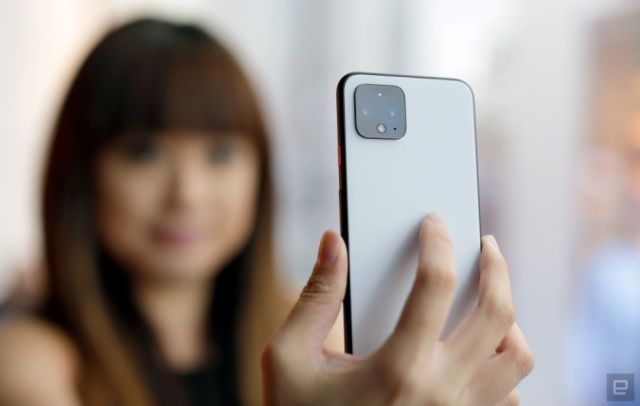 If you missed the chance to buy the Pixel 4 when Best Buy discounted it to $450 last month, you now have another opportunity to pick up Google's latest flagship at a compelling price. Best Buy has once again reduced the 64GB model Pixel 4 to $450 and the 128GB model to $550 with same-day carrier activation. You'll pay an extra $50 to activate later, but when you consider the Pixel 4 was $800 when it first came out, you're still getting a significant discount on a relatively new phone.

Meanwhile, the bigger 6.3-inch Pixel 4 XL starts at $550, with the 128GB model priced at $650. As with the Pixel 4, you'll pay an extra $50 if you decide to activate the phone later. You also have some choice when it comes to the color of the phone; Best Buy has all four variants of the Pixel 4 and Pixel 4 XL available in both Just Black and Clearly White colors.

Google's latest Pixel twins have seen their fair share of discounts over the last couple of months, but as with Best Buy's April sale, $450 and $550 are some of the best prices we've seen for the two phones. Moreover, at $450, the base model Pixel 4 is only slightly more expensive than the Pixel 3a.

Of course, a big reason the Pixel 4 is $350 off less than a year after it came out is that it's a flawed phone. Battery life, particularly on the smaller Pixel 4, is mediocre at best. Its marquee Motion Sense feature can be finicky as well. That said, you'll be hard-pressed to find a phone with a 90Hz display and a camera as good as the Pixel 4's for $450 to $650.

In this article: engadgetdeals, commerce, thebuyersguide, google, pixel 4, pixel 4xl, mobile, smartphone, best buy, news, gear
All products recommended by Engadget are selected by our editorial team, independent of our parent company. Some of our stories include affiliate links. If you buy something through one of these links, we may earn an affiliate commission.