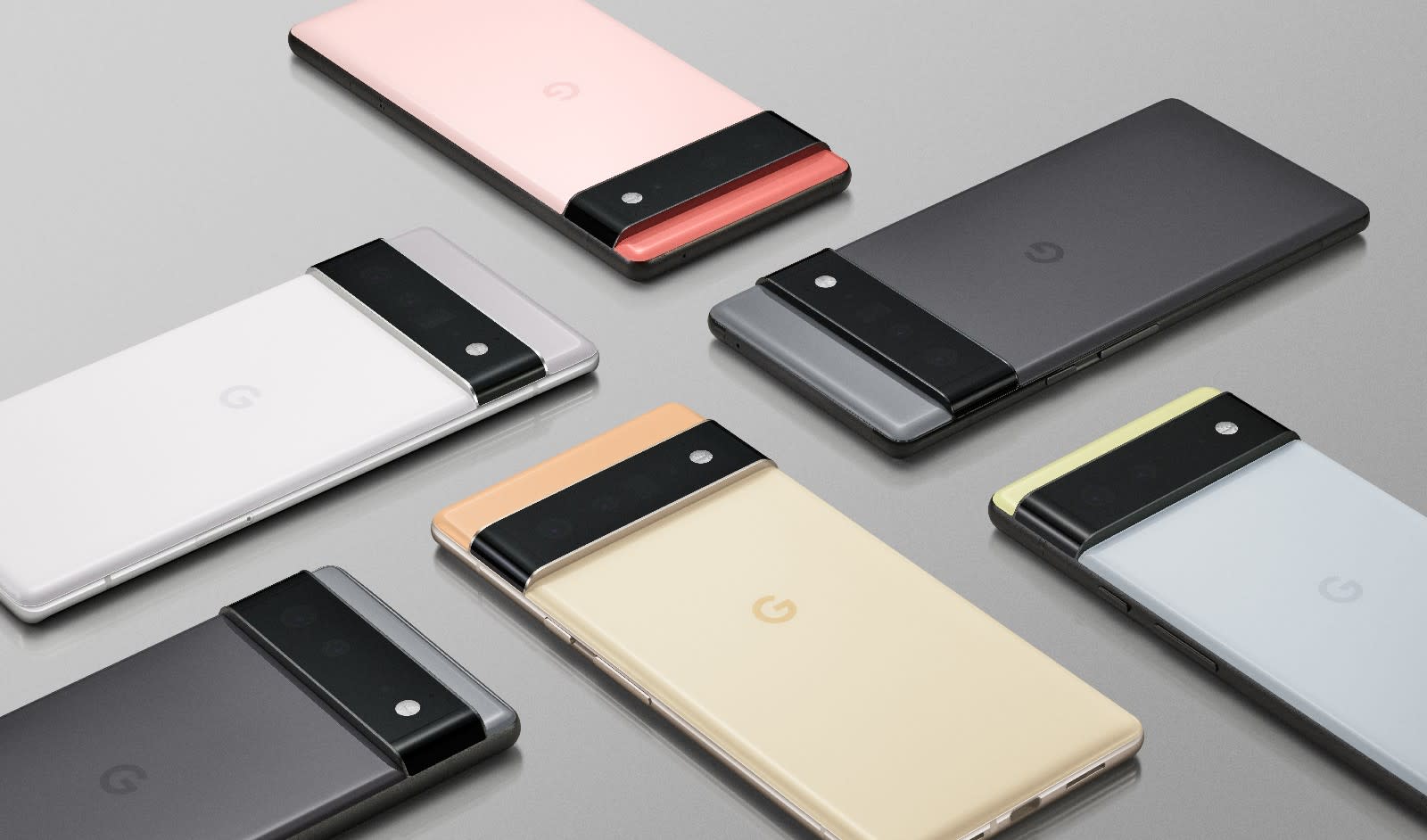 Launching this fall, they’ll be powered by the company’s own system-on-chip.

Smartphone launch season is typically in the fall, but Google has unexpectedly early news to share today. The company just announced that not only is the Pixel 6 coming this fall, but it’ll feature the very first system-on-chip designed by Google. The chip is called Tensor and it leverages the company’s AI expertise to enable more powerful and better integrated machine learning on devices. At a demo event to show off Tensor’s prowess, I was able to check out the Pixel 6 with the company’s hardware chief, Rick Osterloh. I wasn’t allowed to take pictures or video, and Google hasn’t shared all of the phones’ specs, but I can so far tell you about a few new features.

First, there will be two lines: the Pixel 6 and Pixel 6 Pro. Google hasn’t shared the actual dimensions yet, but the Pro, which is larger, felt similar in size to a Galaxy Note 20 Ultra. They both look like the leaked renders we’ve seen, except shinier and three-dimensional. There’s a band about an inch tall on the rear in black, lime green or peachy red, and below that sits a horizontal camera bump that stretches across the case. According to Google's blog post, the sensors and lenses were improved and "are now too big to fit into the traditional square."

Yes, when you place the Pixel 6 on a table there’s still a slope because of the bar, but since it’s not off to a corner like on prior Pixels (or Galaxy phones or iPhones), the phone won’t wobble. The rest of the backside is black, pastel green or pastel peach.

For the Pro line, the colors are more subtle with less contrast between the sections, but they have what Osterloh calls “high gloss metal accents” along the edges. The camera bump also gets this shiny treatment on the Pros, which come in black, white and sort of a light orange. The regular Pixel 6 has a matte finish on its sides. All the phones I saw appeared to have glass on their backs, with screens that are slightly curved along the edges. Google also moved the selfie camera from the top left corner to the middle of the display.

I loved the peachy pastel version of the Pixel 6, though the mostly black version will better suit those who prefer something less flashy. (Google doesn’t have names for the colors yet, though Osterloh says their marketing team has fun with them.)

More importantly, Google’s upgraded the cameras themselves. It’s not sharing specific megapixel or sensor size information yet, but did say these are sharper and larger sensors than before. Osterloh said the Pixel 6’s main camera will let in about 150 percent more light than previous Pixels. There’s also an ultrawide lens for both models, and the Pro gets an extra telephoto option as well with 4x optical zoom.

In addition to the actual camera hardware improvements, the Pixel 6s promise better photo processing thanks to Tensor. At our meeting, Osterloh highlighted changes coming in how Google will process images and videos for clearer, better exposed images of moving subjects. The company was also able to apply things like an HDRNet to video as it’s recording a scene to ease tricky situations like shooting a campsite with the phone pointed at the sun.

Google also redesigned its speech software, with a new platform called SODA (Speech On Device API) that lets apps leverage Tensor for data-center-level speech recognition. Better yet, Osterloh said this all runs at half the power it used to on prior Pixels. He showed me a new Live Caption with Translate feature that subtitles all audio playing through your phone’s sound system. With Tensor, the device can both transcribe and translate what’s playing at more or less the same time, without needing to use the cloud for processing.

Dictation is also getting some major upgrades. In GBoard on the Pixel 6, you’ll be able to hit the microphone button in the compose field, narrate your message and use hotwords like “Send” or “Clear” to trigger actions. You can also edit typos via the onscreen keyboard while the mic is still listening for your dictation.

We don’t have all the details on CPU and GPU cores or clock speeds, RAM and battery life yet — those will come later. But Osterloh did say Google knows “users expect to get a day’s worth of battery life,” and that it’s aiming for that mark but to also “offer them a lot more capability in that period of time.” The devices will also support 5G, which “in the US means supporting all the different bands we have here,” Osterloh said. He declined to name any brands of 5G modems, though.

Though it’s not an official launch for the Pixel 6, this preview has shown us a lot. There will be new cameras, new design, new UI (in Android 12) and a new chip, among other things. Osterloh says he’s excited about the launch. “We kind of see this as The Google Phone,” he said. “This is what we set out to build several years ago and we’re finally here.”