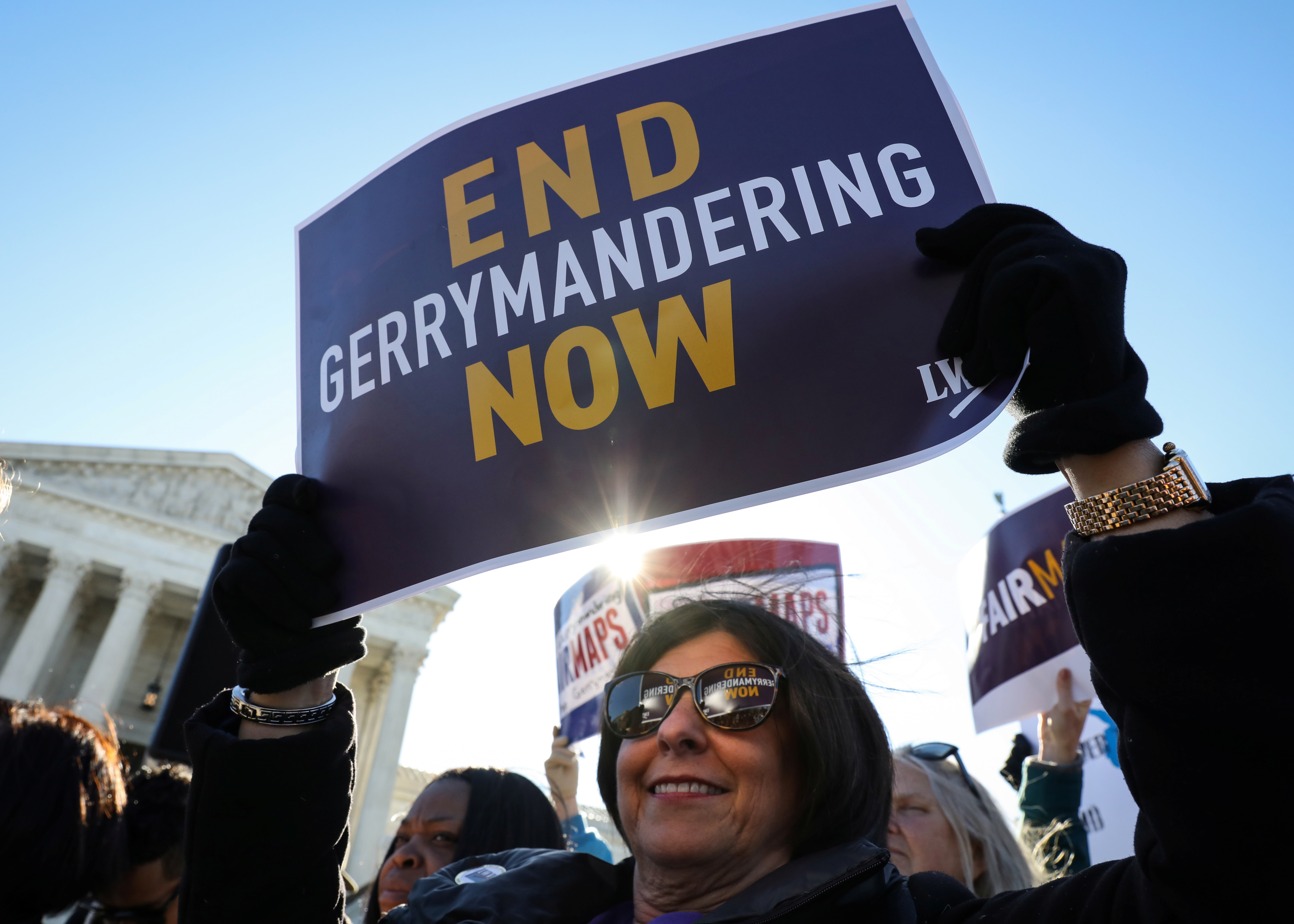 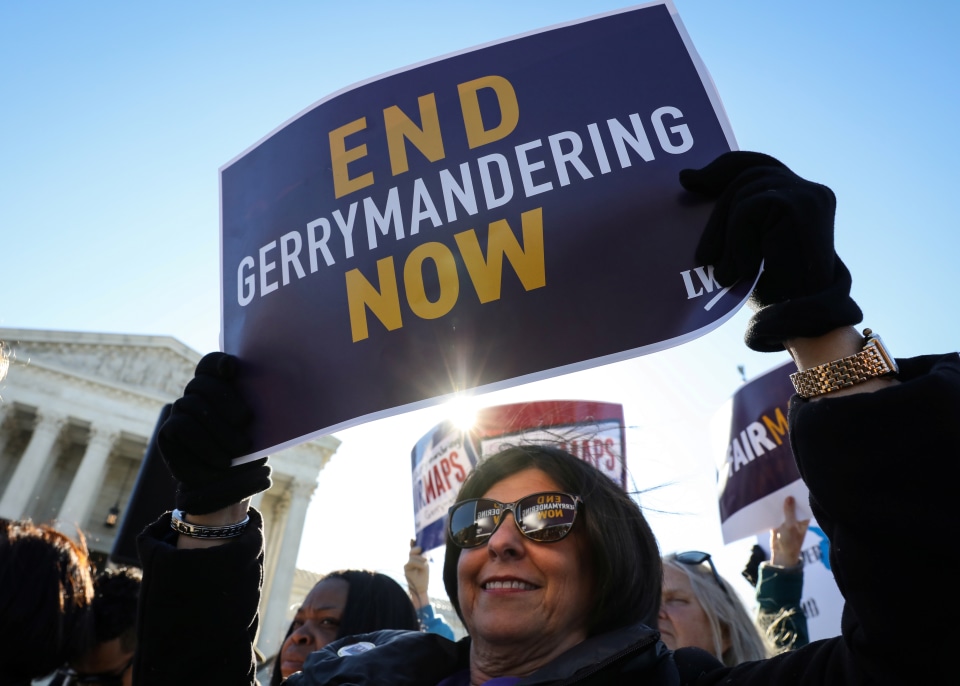 Math is more than a bevy of equations that you learned in school and promptly forgot upon graduation — it is the language of our universe. Mathematics helps explain everything from the manner in which viruses spread to the speeds at which galaxies rotate. In Supermath: The Power of Numbers for Good and Bad, math teacher and author Anna Weltman delves into how mathematics’ impact can be felt throughout science, politics, history, education, and art. In the excerpt below, Weltman examines the work of Wendy Tam Cho and Yan Liu to find a more equitable means of breaking down voting districts and mitigate the effects of political gerrymandering.

Excerpted from Supermath: The Power of Numbers for Good and Evil. Used with permission of the publisher Johns Hopkins University Press. Copyright © 2020 by Anna Weltman.

Algorithms can be used to perpetuate biases. But in the hands of socially aware, conscientious mathematicians like Wendy Tam Cho, they can also be used to uncover biases. Cho claims to have built an algorithm that will reliably find partisan gerrymandering and provide fairer alternatives, even in the most complex situations.

Cho says she has always been fascinated by power. Her mathematical work is driven by the troubling question of, “How is it that in a human society, we can organize ourselves into governance structures so that . . . some people have power and other people do not have power?” People can wield mathematics to unfairly distribute power. But Cho takes mathematics back. With algorithms, she gives the power back to the people.

Cho’s solution to this problem sounds relatively straightforward: If you can’t check all of the districts, why don’t you check a smaller sample? But figuring out which sample to check is mathematically complicated. You could just choose a smaller sample of possible districts at random. But the random pool might not be useful, because many randomly drawn districts aren’t realistic. Alternatively, you could narrow the list of criteria you care about when drawing the districts. This would also produce a shorter list of districts. But we still need the short list to reflect the American demographic landscape. Any criterion we remove will make our district-generating and district-comparing algorithm less accurate and relevant. But any criterion we add will make it more difficult for an algorithm that selects districts at random to cover the space of districts and choose a representative sample.

Cho and her coauthor, Yan Liu, knew they somehow needed to narrow the list of districts they checked for fairness. But with random sampling and shortening the list of criteria ruled out, what could they do?

Cho and Liu came up with a better method. They developed an algorithm that draws what they call “reasonably imperfect plans.” These plans satisfy legal requirements and aren’t gerrymandered. They also meet criteria particular to the political landscape, making them feasible for governments to implement. By narrowing the range to only “reasonably imperfect plans,” Cho and Liu weeded out some of the more outlandish possibilities and gave themselves a more manageable set of plans to check. A supercomputer uses the algorithm created by Cho and Liu to build the plans. Now that they have a list of reasonable plans, Cho and Liu select districts at random from among this smaller list.

Their randomly selected plans then face the final test: Are they more or less fair than a district that politicians claim is gerrymandered? Cho and Liu can evaluate whether the contested district does worse, better, or about the same as other districts with respect to the criteria people are fighting about, such as favoring one political party or racial group over another. If the contested district performs just as well as the simulated districts on treating political or racial groups equally, it probably wasn’t gerrymandered. But if it performs worse, Cho and Liu have mathematical evidence to support an argument that it was gerrymandered. If many better districts exist in the set of reasonably imperfect plans, perhaps the contested district was drawn for political or racial reasons. And Cho and Liu have overcome Justice Scalia’s conclusion that partisan gerrymandering cases were not justiciable because we cannot provide a remedy for the problem.

Cho and Liu used their innovative algorithm on Maryland’s voting districts, which Republicans argue unfairly favor Democrats. The algorithm identified about 250,000,000 maps that did at least as good a job of meeting the legal criteria as the map Maryland already had. It then narrowed this massive list down to about 250,000 maps that constituted the set of “reasonably imperfect plans” from which those who were drawing Maryland’s districts could reasonably choose.

How did Maryland’s map compare to the quarter of a million other viable maps in terms of partisan bias? There are many ways to examine a map for partisan gerrymandering. Cho and Liu chose to look at how the number of seats a particular party won in an election responded to changes in the percentage of voters who favored that party. In a fair system, if the percentage of Democrat voters dropped, one would expect the number of seats won by Democrats to also drop. But with a less responsive map, the number of seats won by Democrats would drop less. The less responsive a map is to changes in voter preferences, the more likely it was gerrymandered.

Before you read the results of Cho and Liu’s study, take a moment to set your own personal threshold for Maryland’s district. What portion of the 250,000 other possible maps would have to be more responsive to changes in voters’ political preferences before you would call Maryland’s plan gerrymandered? Would you be strict with the drawers of the map and say one-quarter? Politicians tasked with such an important job as drawing fair voting districts should outperform even a supercomputer, you might argue. Or would you be equitable and say half? Indulgent with seventy-five percent?

Any threshold you set probably will not come close to the actual percentages of simulated maps that Cho and Liu found out-performed Maryland’s. Almost ninety-five percent of the districts drawn by the supercomputer were more responsive to changes in voters’ political preferences than the map Maryland already had. Or, put another way, Maryland’s map is so bad that if politicians chose the map by pulling district maps out of a hat, they’d only have a five percent chance of picking a map as bad as or worse than Maryland’s. Those aren’t great odds. Cho and Liu’s algorithm shows that it’s likely Maryland’s map is a political gerrymander.

Cho and Liu’s algorithm isn’t perfect. Critics argue that comparing the responsiveness of contested and reasonably imperfect districts isn’t the best way to assess a district. Remember, in states with close elections, representation can be lopsided even when district boundaries aren’t gerrymandered. But Cho and Liu’s district-simulating algorithm goes a long way toward capturing the complexity of real-world districting problems. Even better, it produces information that people, particularly legislators and justices, can use to determine gerrymandered districts and require that fairer district lines be implemented. It breaks new ground in solving a math problem that many experts feared could not be solved. With mathematics, it tilts the balance of power back toward the people.

Perhaps algorithms have been misused to make our political system unfair. But these powerful tools have promise. We just need to keep checking the work of the people who make them.

In this article: Hitting the Books, hittingthebooks, supermath, Anna Weltman, JHU Press, Mathematics, Algorithm, gerrymandering, Wendy Tam Cho, Yan Liu, feature, tomorrow
All products recommended by Engadget are selected by our editorial team, independent of our parent company. Some of our stories include affiliate links. If you buy something through one of these links, we may earn an affiliate commission.