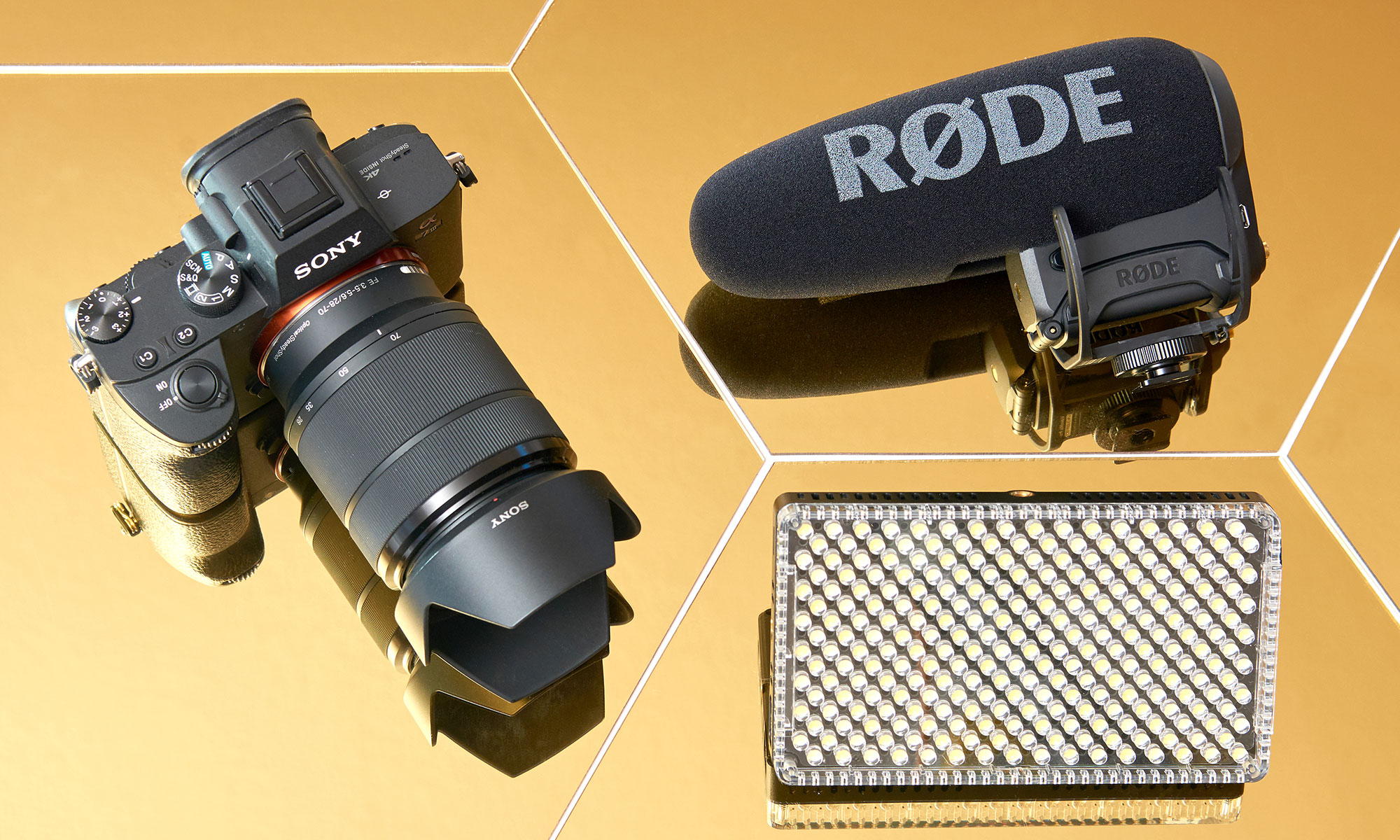 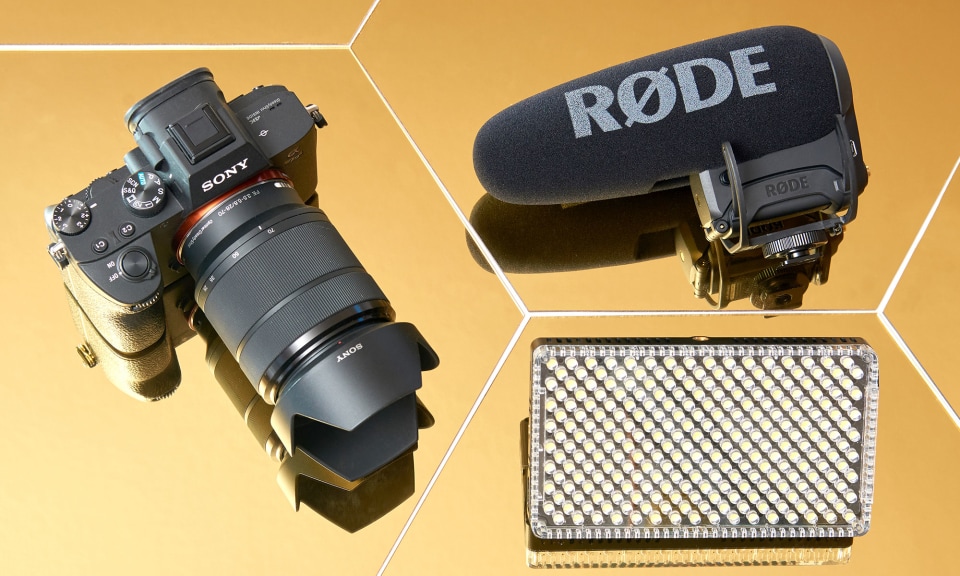 Smartphones have taken over the camera market for normal everyday shooting, but they’re still not nearly good enough for talented creators. Whether your loved one is into landscapes, filmmaking or vlogging, they’ll need a decent compact or mirrorless camera with interchangeable lenses to turn their ideas into art. Fortunately, cameras keep getting better, with faster shooting speeds, improved video and incredible autofocus. To that end, we chose seven popular models that can do everything with aplomb in budget categories ranging from $550 to $2,000.

If your loved one is an aspiring YouTuber who wants to step up from a smartphone, why not give them a camera specifically designed for vlogging? One of the best is Sony’s $700 ZV-1, a compact camera based on the popular RX100-series. The lightweight body is easy to carry and it packs vlogging features like a flip-out display, high quality microphone, best-in-class autofocus and sharp 4K 30p video. It even has some unique features like background defocus and “product showcase” not even found on more expensive cameras. The drawback is a 24-70mm equivalent lens that’s not quite wide enough to fit yourself in while vlogging. That aside, it’s a great step-up camera that delivers consistent results and great image quality.

Fujifilm’s $900 X-T30 (body only) is an ideal gift because it’s not just a high-performance camera, but also stylish objet d’art. With a small lens, it weighs less than many compact cameras. At the same time it offers high-end features like 4K 30p video, up to 20 fps shooting speeds, eye-tracking autofocus and great ergonomics. The 26.1-megapixel sensor has enough resolution to handle everything from street shooting to city-scapes, and it delivers color accurate images, especially in the skin tones. Finally, the X-T30 comes with Fujifilm’s famous artistic film simulations like Monochrom and Velvia. It’s missing in-body stabilization and could use a better electronic viewfinder, but it’s still the best mirrorless camera in its price range.

Canon’s full-frame mirrorless cameras might be getting all the press these days, but the $850 EOS M6 Mark II with a smaller sensor is  a better value -- especially for a gift. With a 32.5-megapixel sensor, it’s the highest-resolution APS-C camera you can buy, but that’s not the whole story. It also delivers incredible 14 fps shooting speeds with Canon’s excellent Dual Pixel eye-tracking autofocus system. Canon is famous for its lifelike skin tones, and images are rich and detailed. It’s not the best APS-C camera for video, however, as 4K video is cropped in and not as sharp as rival models. On top of that, it costs an extra $200 to get a viewfinder. Still, if someone on your gift list needs a fast, high-resolution camera, the M6 Mark II is a great choice.

The Panasonic GH5 is one of the most popular video-centric cameras on the market, especially for vlogging. While it’s getting a bit old, it still beats many newer cameras with features like sharp 4K 60p 10-bit video, in-body stabilization, dual UHS II SD card slots and excellent connectivity. It’s also rugged enough to handle sports and other types of video and photo shooting. The downside is the contrast detect autofocus that tends to wobble in and out of focus, but it’s been improved via firmware updates over the past few years. The best part, however, is the price. You can find it now for $1,298 (body only), or $700 less than it cost new -- making it a more affordable gift than many inferior cameras.

For the ultimate mirrorless camera gift for someone who does both video and photography, it’s still hard to beat Sony’s $2,000 A7 III (body only). We called it a “peerless” camera when it first arrived because of the friendly ergonomics, fast shooting speeds, extremely sharp 4K video, in-body stabilization and world-beating face- and eye-detect autofocus. The 24.2-megapixel sensor delivers sharp images with outstanding dynamic range, and it’s one of the best full-frame cameras for low-light shooting. It does lack certain pro-level features like 10-bit video and a flip-out display, but considering it came out in 2018, it’s still one of the best hybrid mirrorless cameras available.

Of the three APS-C cameras Sony has released over the last year, the $750 24-megapixel A6100 (body only) is the best value shooter. Your lucky recipient would get Sony’s best-in-class autofocus, fast 11 fps shooting speeds, sharp downsampled 4K 30p video, detailed and color-accurate images, excellent low-light performance and a flip-up display for vlogging. It’s also compact and lightweight, so it’ll slide into a pocket with a small lens. It does have mediocre ergonomics compared to rival models, a low-resolution EVF and bad rolling shutter, but the A6100 is still a great starter camera.

If your special someone wants to step up from a smartphone and you don’t want to spend huge money, Canon’s EOS M200 is a versatile entry-level camera. The 24-megapixel sensor is the same as the one in Canon’s 80D DSLR, but the M200 is tiny in comparison at just 299 grams, so your giftee will be able to take it anywhere. And a lot of desirable features are packed into that small body, like a 3-inch tilting touchscreen for vlogging or selfies, face and eye detect autofocus and 4K 24p video (albeit with a 1.7x crop). Canon’s color science delivers sharp, color accurate images, though the 4K video is slightly soft. You get all of that for $550, including an EF-M 15-45mm kit lens.

Light is perhaps the most important aspect of any image. Continuous lights are perfect for budding videographers, but if you know a photographer that’s just starting out, they could also benefit from one as, unlike a flash, it helps give a sense of how it changes a scene before a picture is taken. Our current favorite is the Aputure Amaran AL-F7, an affordable light that's plenty bright and comes with adjustable color temperature. The AL-F7 is best suited to a separate stand, but it's small enough that it can be mounted directly to a camera.

Bad sound can ruin a video, and an external microphone is an easy (and not too expensive) way to ensure your loved one can shoot away without frustration. We love the Rode VideoMic Pro Plus, a shotgun mic that attaches to a camera and plugs in via a mini jack. Aside from improving sound quality, the Rode comes with a shock-mount that dampens the noise from moving around. On a lot of cameras, the built-in mics sit close to where hands naturally fall, and they can easily pick up the noise of you adjusting settings or the lens motor focusing. The VideoMic Pro stays out of the way, allowing for clearer sound without all that handling noise.

The gear to get for your next winter adventure