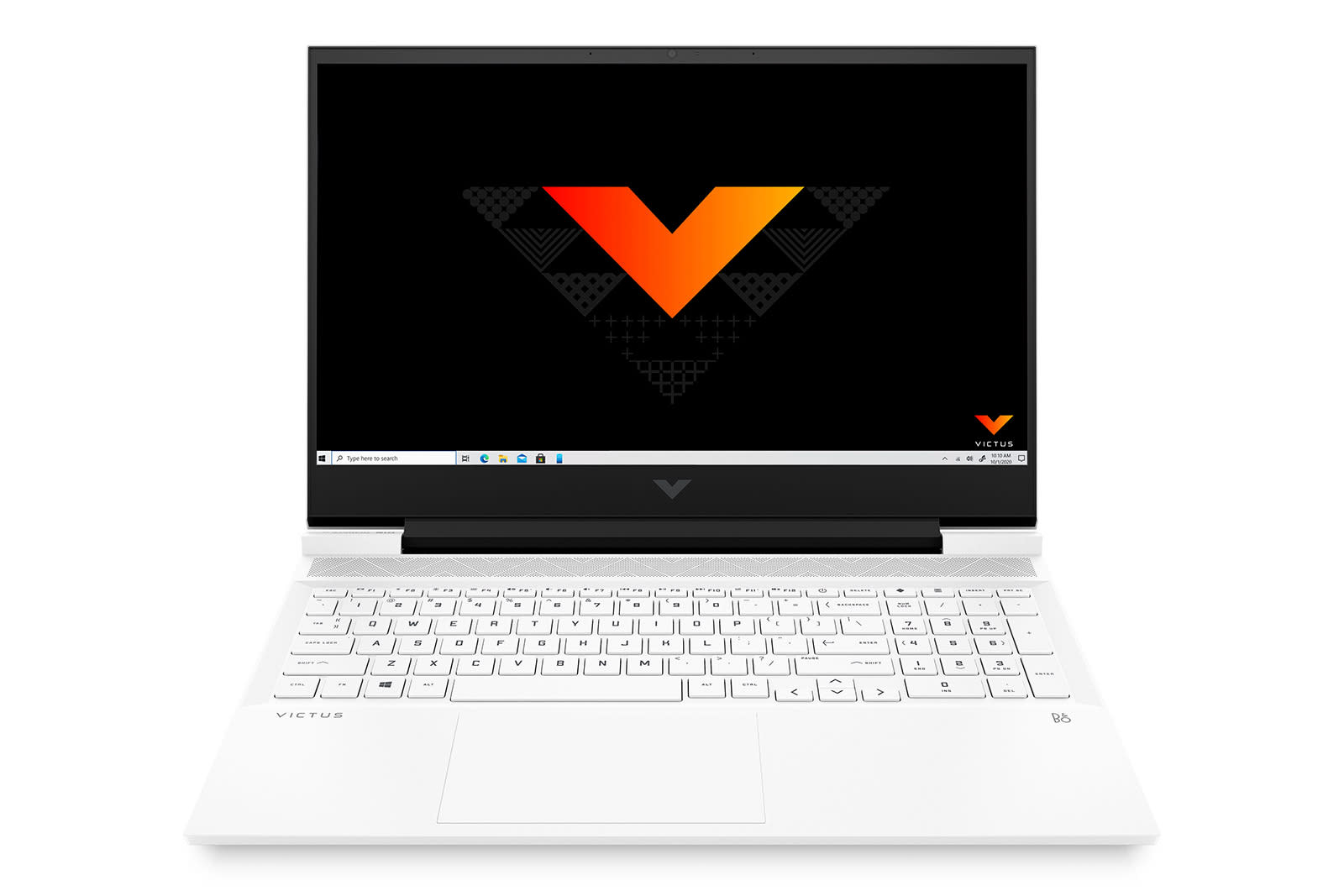 HP is giving its gaming laptops a spring refresh, and this time it's courting gamers who can't justify the cost of its highest-end machines. The PC maker has launched a new Victus line for mid-tier gamers who want more performance than the Pavilion Gaming series while sticking to a budget. The first system, the Victus 16, touts up to a quad HD 165Hz 16-inch screen as well as modestly powerful internals that include up to an 11th-gen Core i7 or Ryzen 7 5800H, up to a 1TB PCIe Gen4 SSD and graphics choices like the GeForce RTX 3060 or Radeon RX 5500M. You'll find a gaming-friendly four heat pipe cooling system, too.

The price, of course, is the real hook. HP will sell the Victus 16 starting in June at a price of $800 for an AMD-powered model, and $850 for its Intel counterpart. The company is clearly aiming at Dell's G Series, Lenovo's IdeaPad Gaming line and other laptops in the sub-$900 range.

You certainly have more options if you're willing to splurge. HP has introduced its first 16-inch Omen portable, the Omen 16 (shown below). It's billed as a fundamental improvement over the Omen 15 with a much larger 83Whr battery (up from 52.5Whr) and much-improved fans that improve airflow. You'll also have your pick of 11th-gen Core i7 or AMD Ryzen 9 5900HX processors, graphics options that include the GeForce RTX 3070, and storage that can include two 1TB SSDs in a RAID stripe.

And yes, there's an option for the spare-no-expense types. The updated Omen 17 also touts more effective cooling with performance options like an 11th-gen Core i9 (sorry, no AMD here) and GeForce RTX 3080 visuals. It surfaces in June starting at $1,370.

HP is rounding things out with a 24.5-inch Omen 25i Gaming Monitor (at bottom) that promises a few comforts on top of gaming performance. The 165Hz refresh rate, 1ms pixel response time and FreeSync/G-Sync support are virtually expected, but this is also HP's first gaming display with blue light to reduce eyestrain. You'll also get a "world's first" Game Remastered Mode that theoretically improves the visuals for classic PC and console games. The screen promises quality visuals with an IPS panel, true 8-bit color and DisplayHDR 400 support.

The Omen 25i will arrive last of the bunch, shipping in July starting at $350.