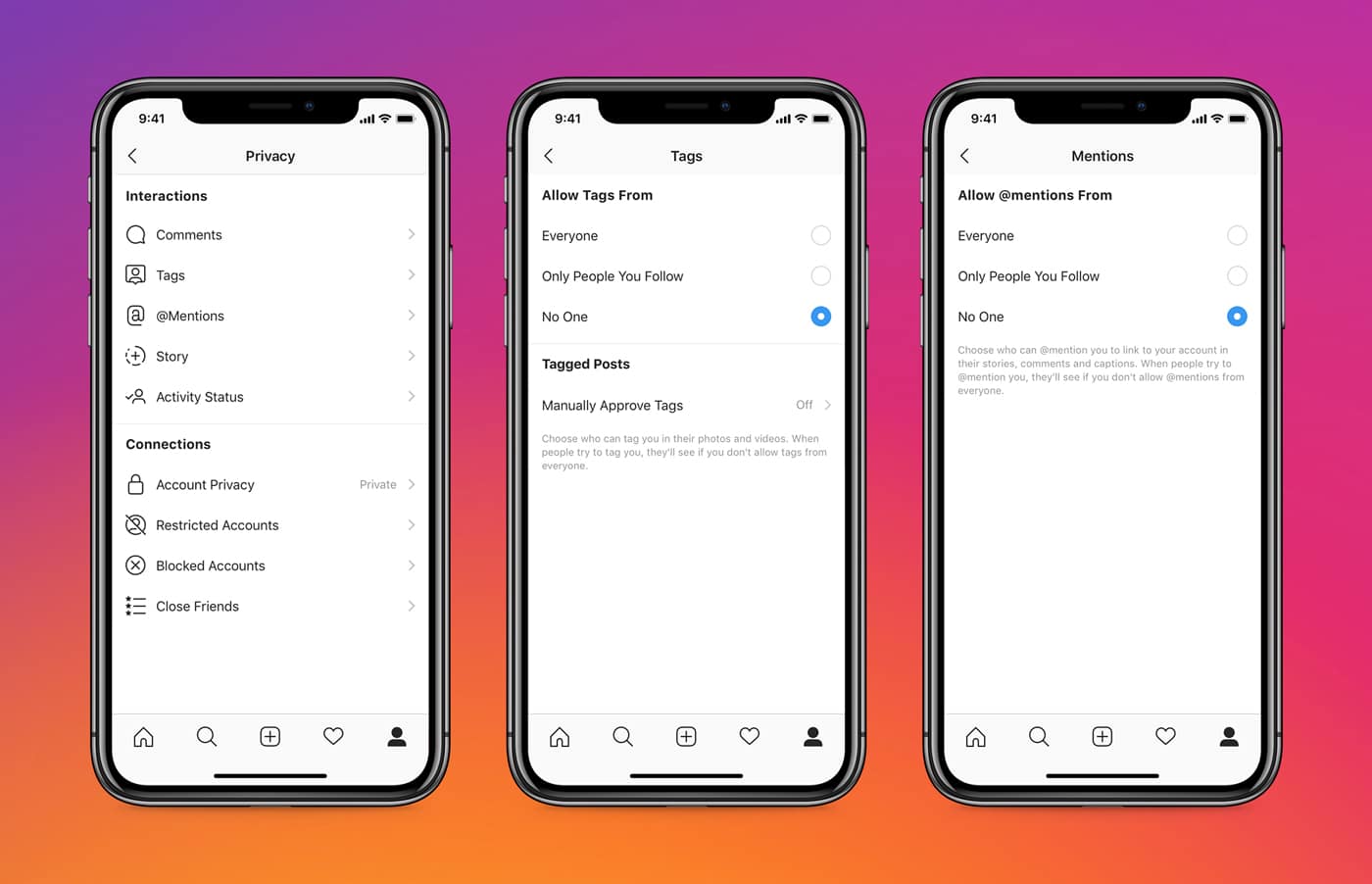 Instagram is ramping up its anti-bullying measures with a series of updates meant to give users more control over how others interact with their account. Among the changes: new comment filtering tools and restrictions on tagging and mentions. The updates come alongside Facebook’s Community Standards Enforcement Report, which highlights the company’s work to combat hate speech, bullying and other rule-breaking behavior.

For Instagram users who face harassment, the new comment controls could have the most immediate impact as the new feature, rolling out now, gives users the ability to address problematic comments en masse. With the new tool, users can select up to 25 comments and block or restrict the offending accounts all at once.

The move will address a longstanding issue for many users who say that previous comment controls were too cumbersome to be effective as an anti-bullying tool. This was especially true for higher profile users, or anyone who has had their comments “swarmed” as a form of targeted harassment, since removing hundreds or thousands of comments one-by-one could take hours.

Instagram has also been testing a feature that hides like accounts, a change Instagram chief Adam Mosseri has said is meant to “depressurize” the app, particularly for its younger users. The company hasn’t given an update on that experiment, or if it will roll out more widely.

In this article: instagram bullying, harassment, bullying, Social media, Facebook, instagram, news, gear
All products recommended by Engadget are selected by our editorial team, independent of our parent company. Some of our stories include affiliate links. If you buy something through one of these links, we may earn an affiliate commission.