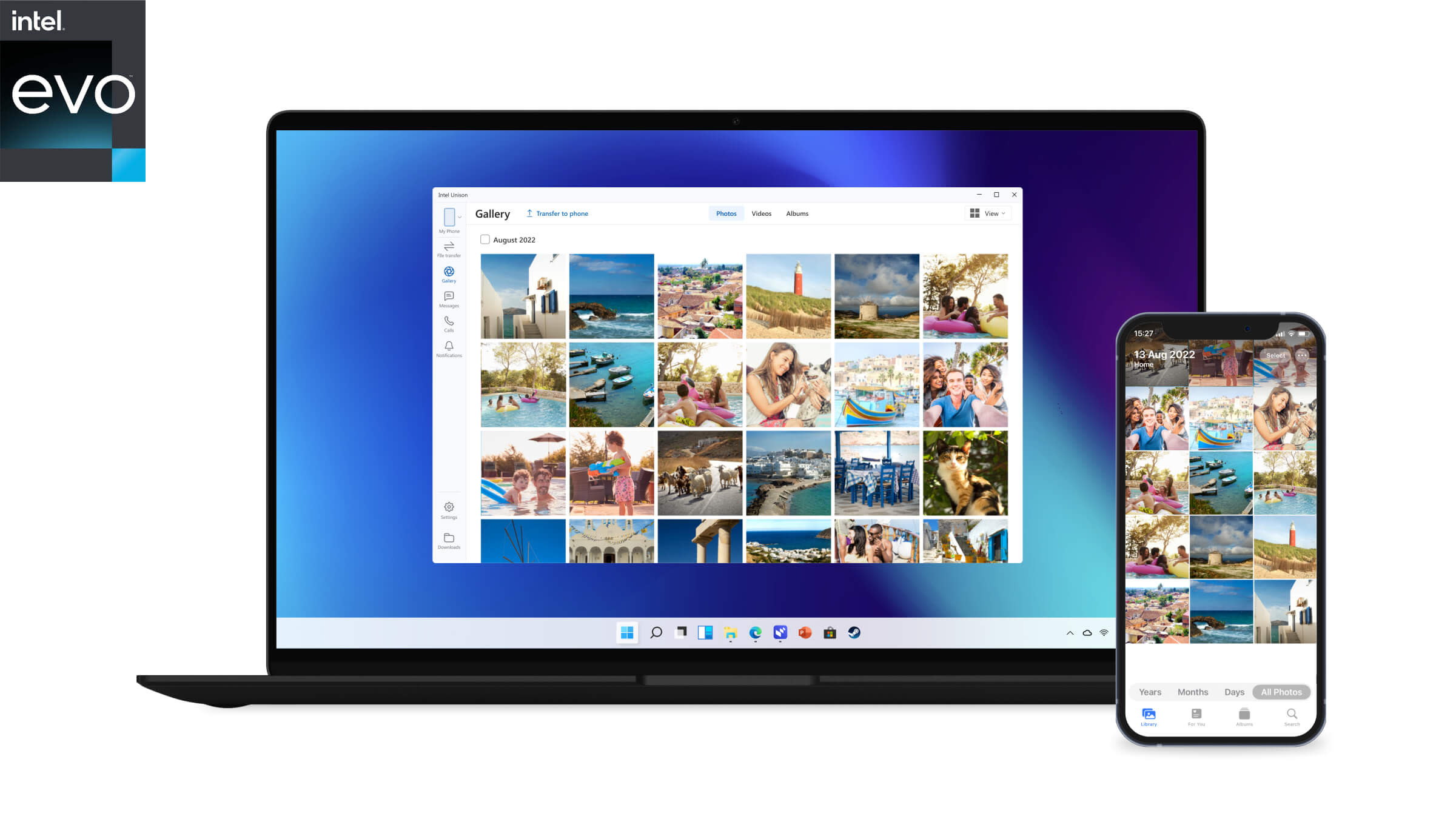 It's not as seamless as Apple's Mac and iOS integration, but it's a start.

New Intel PCs will soon have a feature that Macs have offered for years: the ability to text, take calls and send files to their iPhones. That's all thanks to Intel's Unison app, which aims to keep Windows user in their workflow without being distracted by their phones. And yes, it also works with Android devices.

After acquiring the Israeli company Screenovate last year, Intel revamped its phone integration tool to suit more demanding users. With Unison, there's support for VPNs, firewalls and IT manageability. Intel also paid special attention to battery efficiency, as well as juggling wireless connections across Wi-Fi, Bluetooth and cellular. The result is something that could be more useful than Microsoft's Your Phone app for Windows, which looks very polished but only works with Android phones.

According to Josh Newman, Intel's VP of mobile innovation, Unison will offer fast file transfers between phones and computers. (We're still waiting for more details on the actual connection speeds.) For example, you'd be able to quickly take a photo or video on your phone and throw it over to your Windows computer for additional editing. The app will also let you push files from your PC to your phone.

As a lifelong Windows user who can't help but covet the integration between Macs and iOS devices, Unison could be exactly what many PC users have been waiting for. Still, we'll need to see it in action before we make any final judgements, and its limited support could be an issue.

To start, Intel will only offer Unison a few 12th-gen Evo PCs from HP, Acer and Lenovo this fall. Newman says it'll head to future 13th-gen Evo systems next year. When asked if it could ever support earlier Intel hardware, Newman didn't rule it out, but he noted that the company wanted to see how Unison performed on a select group of systems first. There's also nothing stopping Unison from supporting AMD chips eventually, he said, but the companies would have to collaborate to make it happen.

All products recommended by Engadget are selected by our editorial team, independent of our parent company. Some of our stories include affiliate links. If you buy something through one of these links, we may earn an affiliate commission. All prices are correct at the time of publishing.
View All Comments
Intel's Unison app will let PCs text, call and share files from iPhones and Android devices