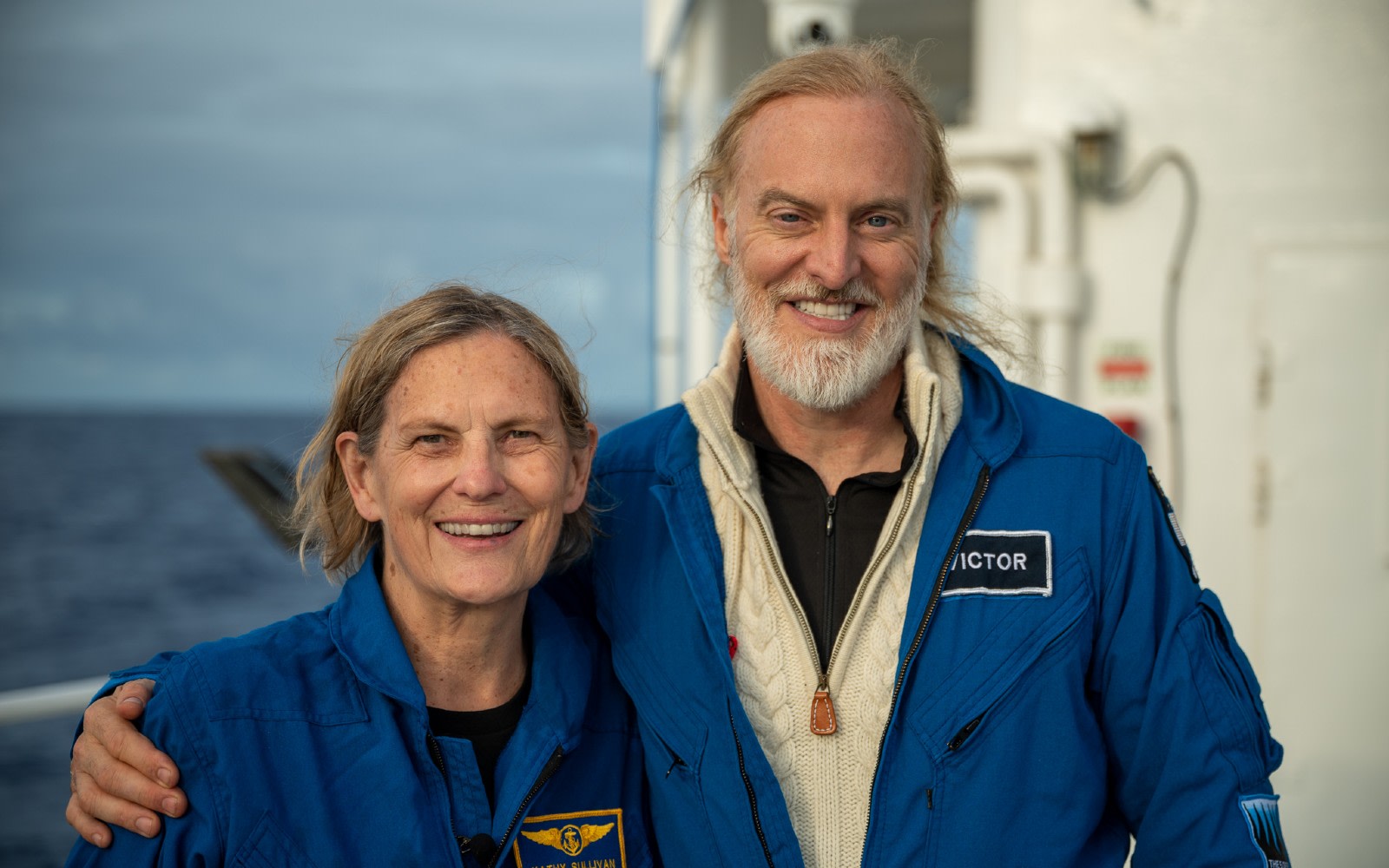 Thirty-six years after becoming the first American woman to walk in space, Kathy Sullivan has made history yet again. On Sunday, the 68-year-old oceanographer and former NASA astronaut became the first woman to reach the deepest known spot in the ocean after returning from a 35,810-foot dive from the Challenger Deep. At the same time, she also became the first person in history to have both walked in space and descended to the deepest part of the earth.

36 years after my space walk, I became the first woman to dive to the deepest known spot in the ocean - the Challenger Deep. #WorldOceansDay pic.twitter.com/KWJxx4fBYR

The Challenger Deep is an almost 7-mile deep depression located approximately 200 miles off Guam's coast in the Mariana Trench. Dr. Sullivan and Victor Vescovo, the former Navy officer and entrepreneur who helped fund the expedition, spent about an hour-and-a-half in Challenger Deep photographing the recess while inside a specially designed submersible called Limiting Factor. After returning to the surface, which took approximately four hours, the two got in touch with astronauts aboard the International Space Station, who had made history themselves just days earlier.

"As a hybrid oceanographer and astronaut this was an extraordinary day, a once in a lifetime day, seeing the moonscape of the Challenger Deep and then comparing notes with my colleagues on the ISS about our remarkable reusable inner-space outer-spacecraft," said Dr. Sullivan.

Dr. Sullivan joined NASA in 1978 and became the first American woman to walk in space on October 11th, 1984. As it often does, history has a way of rhyming. The craft that ferried Dr. Sullivan to her historic space flight was the Space Shuttle Challenger. NASA named the shuttle after the HMS Challenger, the British corvette that discovered the Challenger Deep during an expedition it undertook to crisscross the world's oceans from 1872 to 1876.

In this article: international space station, ISS, NASA, science, oceans, challenger deep, Kathy Sullivan, astronauts, news, tomorrow
All products recommended by Engadget are selected by our editorial team, independent of our parent company. Some of our stories include affiliate links. If you buy something through one of these links, we may earn an affiliate commission.