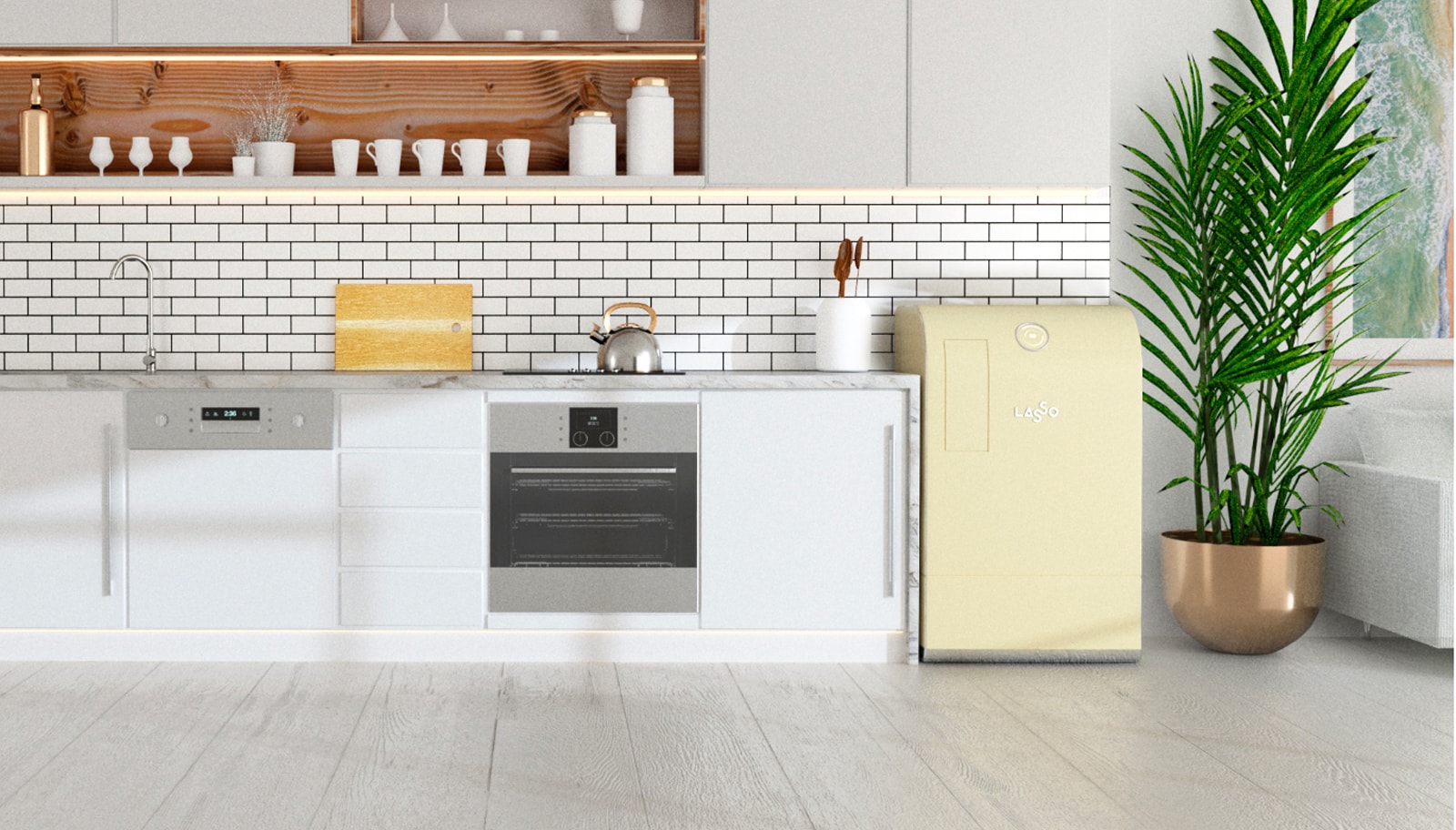 Recycling sounds so simple. Separate materials that can be re-used, such as plastic, glass and aluminium, and then wait for them to be collected. The reality is anything but, though. What can be recycled depends on where you live. And if there’s any contamination, due to leftover food or mixed up materials, everything you’ve collected could end up in a landfill site. The solution? Possibly a company like Lasso Loop Recycling. The UK-based startup is working on a machine that collects, cleans and sorts garbage for recycling. Better yet, it looks like an everyday kitchen appliance. The type that wouldn’t stand out next to a refrigerator, dishwasher or washing machine.

The still-in-development Lasso will have a vertical slot or tray for depositing items. A series of cameras and sensors will then analyse the packaging and decide if it’s recyclable. No good? Then the object will be returned to you, rather like a vending machine spitting out change. Otherwise, the material will be steam-cleaned to remove leftover food, grease, dirt and labels. Finally, it will be ground down and placed in a dedicated compartment at the bottom of the Lasso. When one or all of these boxes are full, you’ll use a smartphone app to organize a kerbside collection. A driver can then pick it up, confident that the materials can be used to create new products.

In theory, this system would cut out recycling plants. The collection boxed could merely be redistributed to manufacturers and turned into new products that don’t require any additional materials. (A process known as closed loop recycling.)

Aldous Hicks, CEO of Lasso, believes that everyone should treat recycling like washing clothes and dishes. “Millions of households are already practicing the exact steps we need to take,” he said in a TEDx talk last month. “For example, we use our washing machines to clean our clothes, so we can re-use them over and over again. Clearly, we already harness technology to process our household items. So why not a domestic recycling appliance?” There are disadvantages to the Lasso concept, though. The company is targeting seven materials at the moment — aluminium and steel, as well as two plastics and three types of glass. Paper and cardboard, which is used for most online orders, aren’t on the list.

Price could be an issue, too. Hicks told Engadget that its prototype should be completed this quarter. The company has opened reservations on its website, but there’s no deposit or final sticker price at the moment. (It’s essentially a sign-up sheet for email updates.) And when the final version is ready — which is likely to be 2023, according to Hicks it could cost in the region of $3,500. That’s awfully expensive, but so were refrigerators when they first came on the market. “In 1919, people paid the then equivalent price of an average new motor car,” Hicks argued during his TEDx talk.

That price could be offset by recycling payments. On its website, Lasso claims that customers could “receive cash returns within five years of ownership, subject to your consumption.”  The idea being that you’re saving someone else money by cleaning For now, though, it’s a theoretical business model. Lasso will need to finish its product, complete a pilot program and, in all likelihood, raise more cash to realize its vision. Recycling is a huge challenge, but we’re glad that someone — even if it’s a tiny startup — is thinking about an at-home solution.

In this article: recycling, lasso, ces2021, environment, waste, news, tomorrow
All products recommended by Engadget are selected by our editorial team, independent of our parent company. Some of our stories include affiliate links. If you buy something through one of these links, we may earn an affiliate commission.