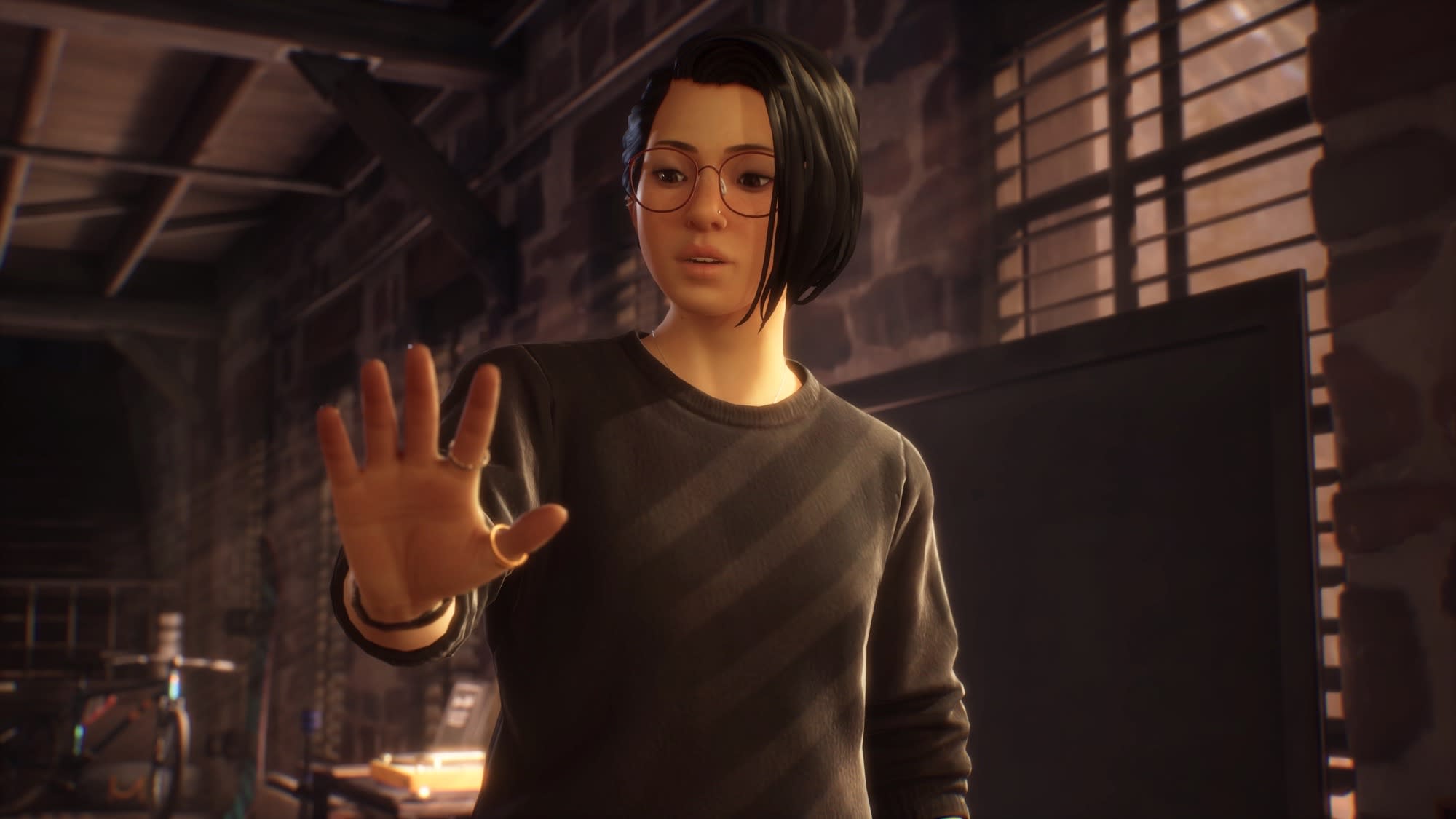 With a less episodic approach, will the story shine through?

When you play Life is Strange: True Colors, the good news is you won’t have to wait around for the next chapter to continue the story. Life is Strange and its sequel, like Telltale’s The Walking Dead, parsed itself out in episodic pieces of a full game. This meant you couldn’t simply blast through the entire game in a matter of days, but had to wait, almost like a very slow-burning TV show. Chapters would often end with a cliffhanger, whether that was life-or-death decisions or major plot twists — Life is Strange loves a good plot twist. That won’t be the case with True Colors. Well, there will certainly still be big reveals and cliffhangers, you just won’t have to linger before the story continues and resolves itself.

This time around, you play as 21-year-old Alex Chen, who’s moved to Haven Springs in Colorado to reunite with her brother Gabe. According to the new E3 trailer, Alex seems to be amazed by the life Gabe has made for himself, and the warm characters that live in this small mountain town. But this is LIS, and tragedy is usually only a few narrative beats away. Gabe mysteriously passes away, and True Colors focuses on Alex’s efforts to figure out what happened and what was responsible for Gabe’s death. Oh, and she has some high-level empath talents that will help her on the way.

The move away from episodic content still might be the major difference between the latest game in the super-powered narrative series — one that always changes up characters, location, plot and playstyle. Even the creative talent behind it has changed. Life is Strange: True Colors comes from the team at Deck Nine, not Dontnod, although this is the same studio that worked on Life is Strange: Before the Storm.

According to Jon Zimmerman, the game’s Narrative Director, this shift away from episodic delivery was driven by the fans’ “desire of freedom to engage [with the game] as they wish”. It’ll be interesting to see how public reception is affected by this. The staggered release of these games helped players build up their own fan theories and speculate collectively. As a standalone title, we might miss that.

However, Deck Nine notated that there are some benefits to this more traditional approach. Because the entire game is being made in the same timeframe, it’s possible to go back and tweak the design and narrative. Narrative director Jon Zimmerman explained that thanks to this, they ended up returning to the opening part of the game, and giving Alex her mystical powers earlier than originally planned. He added that because Alex had her powers of empathy when interacting with her brother, it could “play a meaningful role” in setting up the siblings’ relationship. Senior Staff Writer Felice Kuan added that there were also advantages to “doing it all at once” when it’s a game that deals in mystery.

Let’s focus on Alex’s power of empathy. Yes, I think it sounded kind of lame, but it apparently formed the starting point for the game as a whole. The team explained that they wanted to present resilience in the midst of despair — the protagonist will apparently come with her own baggage before having to deal with the death of her brother — and that this isn’t merely the power of mind-reading, more “heart reading”, said producer Rebeccah Bassell. The game seems like it will expand on the idea of empathy, both in True Colors as well as in the real world. “It’s a double-edged sword”, said Bassell, “If you brand yourself as an empath, you can feel absolutely everything.. And lose who you are. It’s similar to Alex’s progression in this game.”

Like most Life Is Strange titles, you’ll be listening to the people around you, taking actions and making decisions that will affect them. With these empathy tricks, however, you’ll get more oblique insights — people will show how they feel despite not vocalizing it themselves.

For bigger narrative beats, the power of empathy changes the world around Alex. In the trailer you’ll see how Alex’s empathic power creates an emotional “supernova” (their term), offering a way to graphically (and cinematically) represent a super-power that’s pretty hard to demonstrate in a visual (or audible) way. Walls will pulse, things will be affected by the empathic hue of whatever emotion’s being tackled. Even objects will change around. (A cool feature that’ll come to PC gamers is support for Razer Chroma, so these empathic color bursts will be reflected in your real-world peripherals.)

These novas seem set up almost like the boss battles in more traditional video games, as Alex tries to understand and help whoever she’s connecting with, increasing the in-game spectacle when you are, behind all those pyrotechnics, really dealing with emotions, dealing with people’s feelings.

Empathy still doesn’t sound as cool as time manipulation or telekinesis, but Deck Nine is ensuring that in True Colors it will, somehow, look even cooler.