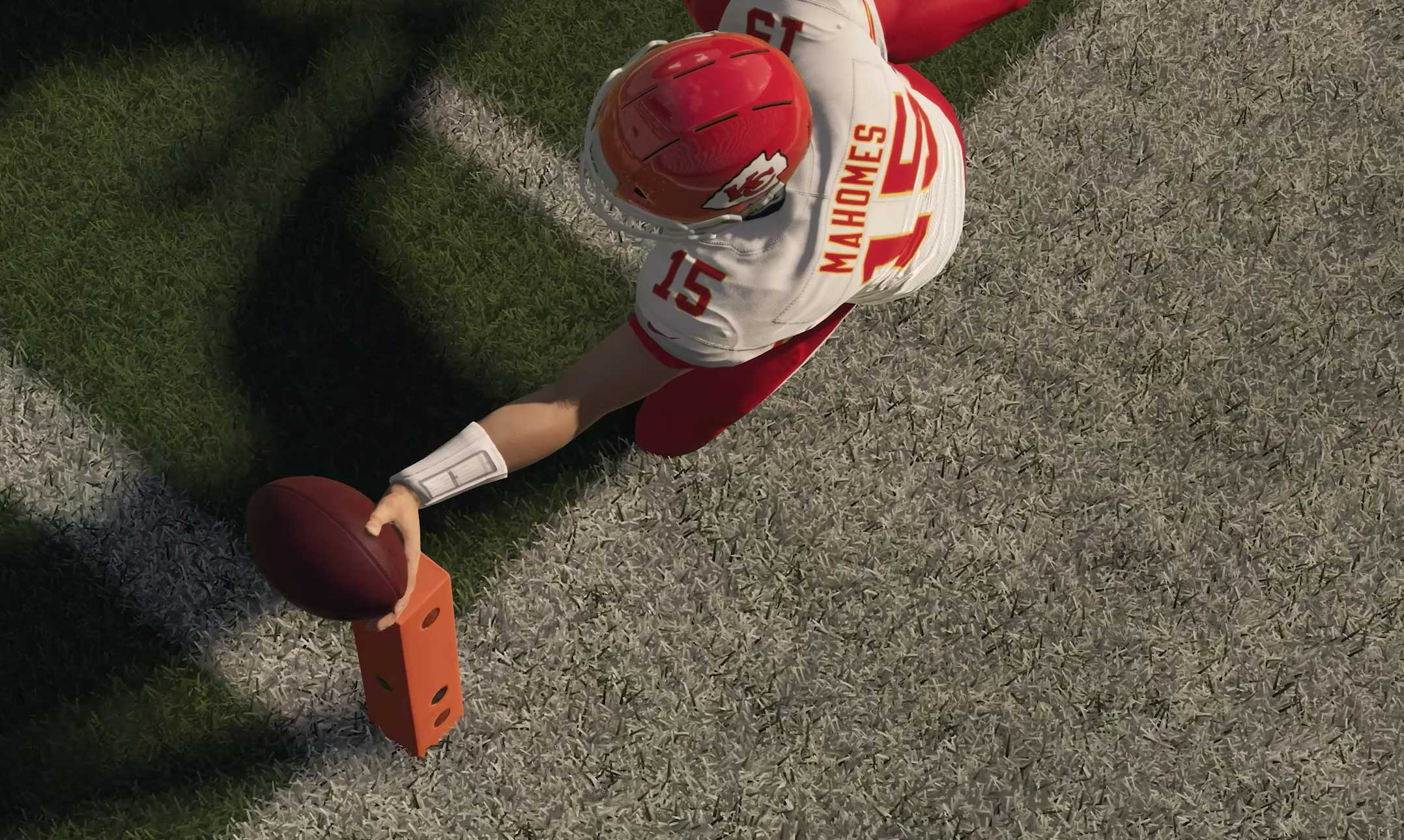 EA has been pumping out Madden NFL games every year since 1988. It’s no surprise that the next entry in the series is making its way to the Xbox Series X. During Microsoft’s Xbox 20/20 streaming event, the Kansas City Chiefs’ quarterback Patrick Mahomes introduced the world premiere of Madden NFL 21.

There aren’t any details on how it will improve upon last year’s game, but the quick trailer emphasized that EA wants players to “feel” the action. Whether or not this is just a buzzword or if there is some gameplay feature behind the messaging is unclear, but the in-game footage looked remarkably sharp.

Mahomes revealed that those who buy Madden NFL 21 on Xbox One by December 31st and upgrade to the next-gen console by March 31st, 2021 will get a free download on Series X so fans don’t have to pay for the game twice. This isn’t part of Microsoft’s Smart Delivery program, though. Rather, it’s EA’s own promotion, so gamers who buy an Xbox One copy of the game should read the fine print and follow EA’s steps for getting the Series X upgrade.

EA is streaming its own event on June 11th, so hopefully we’ll see more Madden NFL 21 gameplay then.

In this article: xbox series x, trailers, ea sports, sports games, madden 21, sports, world premiere, xbox, madden, inside xbox, ea, football, premiere, microsoft, xbox 2020, games, madden nfl 21, news, gaming
All products recommended by Engadget are selected by our editorial team, independent of our parent company. Some of our stories include affiliate links. If you buy something through one of these links, we may earn an affiliate commission.