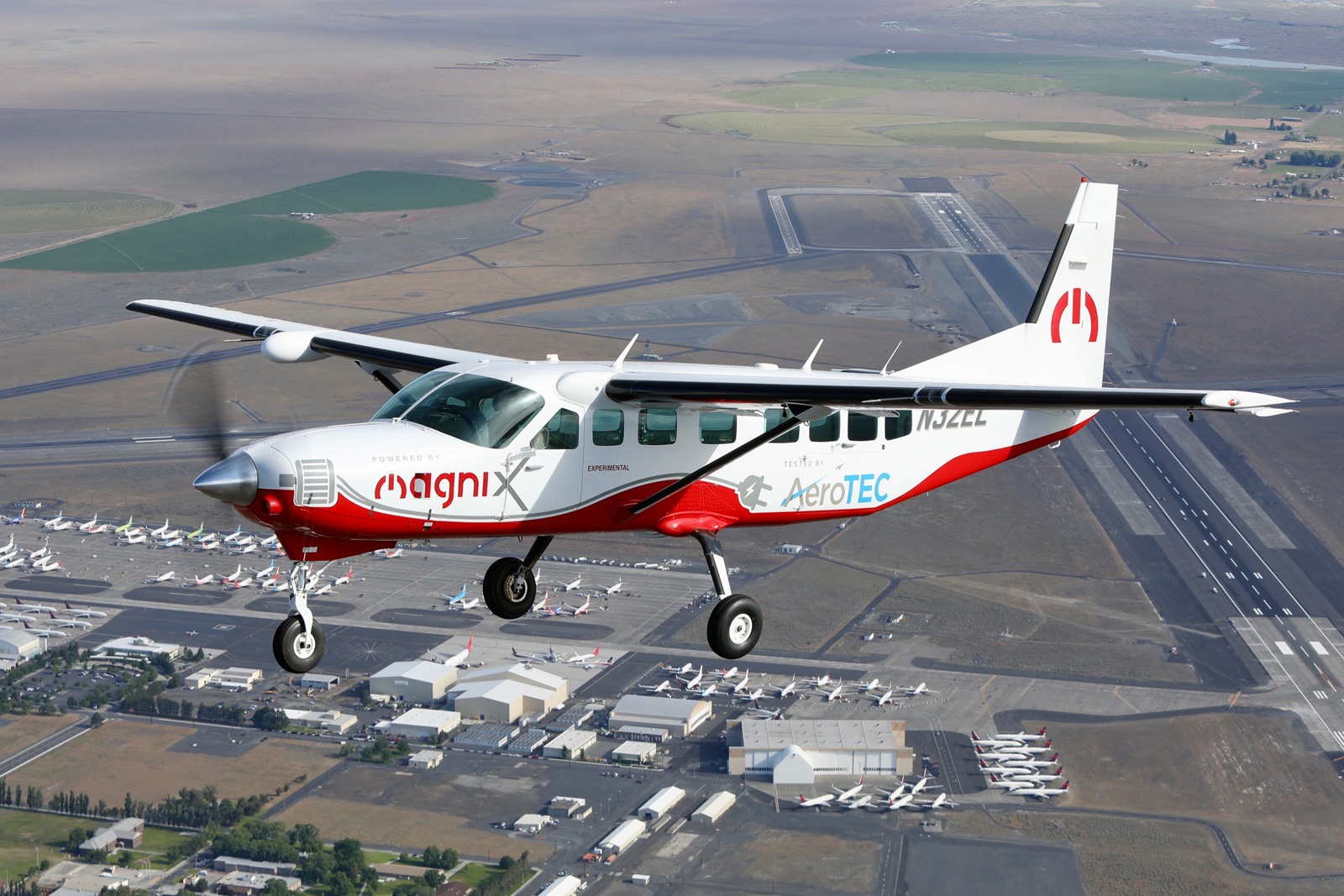 Electric aircraft are ever so slightly closer to becoming a practical reality for travel. Magnix and AeroTEC have flown what they say is the world’s largest all-electric aircraft. Their modified Cessna 208B Grand Caravan, the “eCaravan,” flew for 30 minutes around Washington state’s Grand County International Airport using Magnix’s 750HP Magni500 motor instead of the usual turboprop engine. The flight was “flawless,” Magnix chief Roei Ganzarski said in a statement to FlightGlobal.

There are compromises. Batteries consume massive amounts of space and weight, and the current eCaravan could haul just four to five passengers (instead of as many as 14) for a distance of 100 miles. Magnix and AeroTEC hope to eventually carry nine people 100 miles once the technology has advanced, but that won’t happen until after the initial aircraft’s expected certification in 2021.

Still, this could be useful in the long run. The companies envision these Caravans reviving short-hop flights that became impractical for many airlines. The operating costs would be much more feasible (a 30-minute flight costs $6 in electricity, for instance), and emissions wouldn’t be an issue. It will take a while before you could take a longer electric journey, but this could beat many alternative and less eco-friendly transport options when you need to get from city to city in a timely fashion.

In this article: Cessna, transportation, caravan, ecaravan, flight, Electric Aircraft, Aircraft, ev, Electric vehicle, magnix, aerotec, news, gear
All products recommended by Engadget are selected by our editorial team, independent of our parent company. Some of our stories include affiliate links. If you buy something through one of these links, we may earn an affiliate commission.