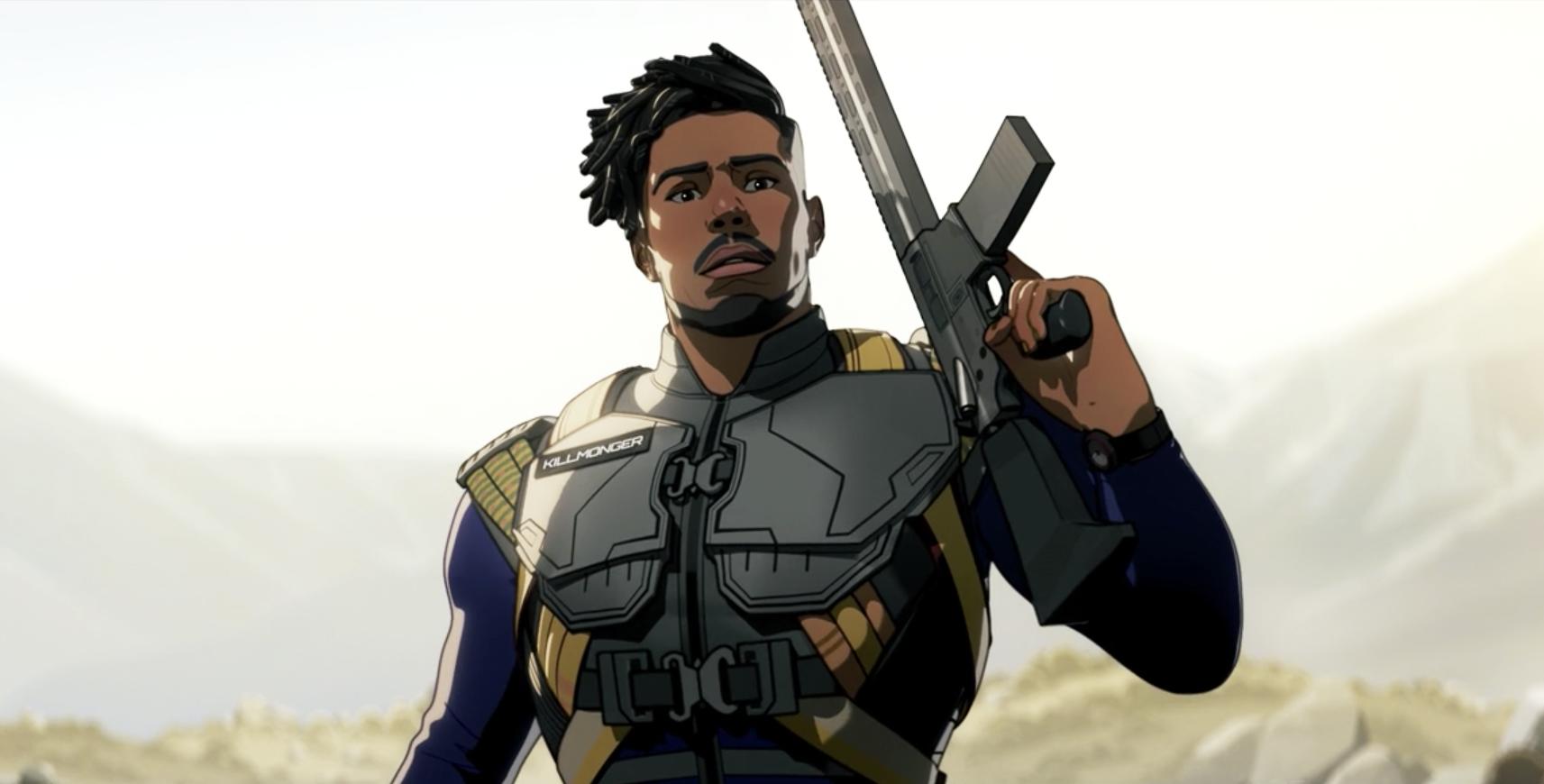 ‘What If…?’ put superheroics on pause to explore a more militaristic MCU

It’s the most realistic episode yet, even if there are giant robots.

This post contains some spoilers for episode six of 'What If...?'

From the opening scene of Iron Man back in 2008, the military-industrial complex has been stitched into the fabric of the Marvel Cinematic Universe. Captain America, the Hulk, War Machine and Captain Marvel are all involved in it to some extent. But the portrayal has always tilted toward the positive due to Hollywood’s long-standing partnership with the US military. This week’s What If…? uses the freedom offered by animation to go a little dark on the subject and show us how easily the business of war could have overrun the narrative.

The point of divergence this time around is that Erik Killmonger is apparently assigned to an undercover mission with the Ten Rings and, in the process, ends up saving Tony Stark’s life. So Tony is never injured and forced to build the Iron Man suit, instead continuing his war profiteering ways — though now with a new BFF at his side. Instead of becoming someone who buries himself in his work (and builds a literal suit of armor to protect himself) Tony instead lashes out, with Killmonger all-too-ready to point him in the direction of taking down Wakanda.

This pulls Wakanda into the narrative a lot sooner than its main-timeline debut in 2006’s Captain America: Civil War. The country’s isolationist policy has been used as the retcon for why we never heard a peep from Wakanda sooner but it quickly comes to the forefront here, in lieu of all the stories that spun out of the initial attack on Stark: the conflict with Obadiah Stane and Tony’s palladium poisoning in the first two Iron Man films, and then later the attack on Sokovia in Age of Ultron and Baron Zemo’s revenge scheme in Civil War. General Ross even makes an appearance here, casting doubt on whether the events of The Incredible Hulk even still happened the same way. Instead of being introduced to Wakanda through a UN peace conference, instead they’re a country on the defensive against a horde of mechanical forces.

The episode makes it quickly apparent how much of the MCU was dependent on Tony Stark’s participation, though not in a feel-good George Bailey It’s a Wonderful Life way. In Civil War, Vision points out that the power shown since Iron Man’s debut invites challenge. Here, we end up in a major conflict anyway, showing that the aggressive energy that created the MCU’s Heroic Age already existed, spurred on by advancing technology. Without superheroes to pick up the banner, it’s the military that becomes the beneficiary of all that power.

However, the military is a system as much as it is people, and there’s a weird sense throughout the episode that responsibility isn't in any particular person’s hands, even Eric Killmonger’s. We’re clearly shown where he’s pulling the strings, but characters like Tony Stark and General Ross are all too willing to be tugged along. But even they don’t feel fully in control of what happens. The conflict just escalates quickly and disproportionately in the episode’s half-hour runtime, perhaps a victim of the show’s need for expedited storytelling.

It’s no coincidence that the war that started the MCU was the conflict in Afghanistan, though it is happenstance that this episode aired only a month after the US brought its involvement to a messy close. It’s been a way of life for so long that it’s easy to feel swept away by the whole thing, especially if you were born after 9/11. This episode reinforces the MCU’s role as escapism during this era, a place where we could move beyond all this ugly terrestrial conflict and address more cosmic issues. By removing the heroes from the equation, the MCU becomes a grim mirror of the mindset we’ve been living in for two decades.