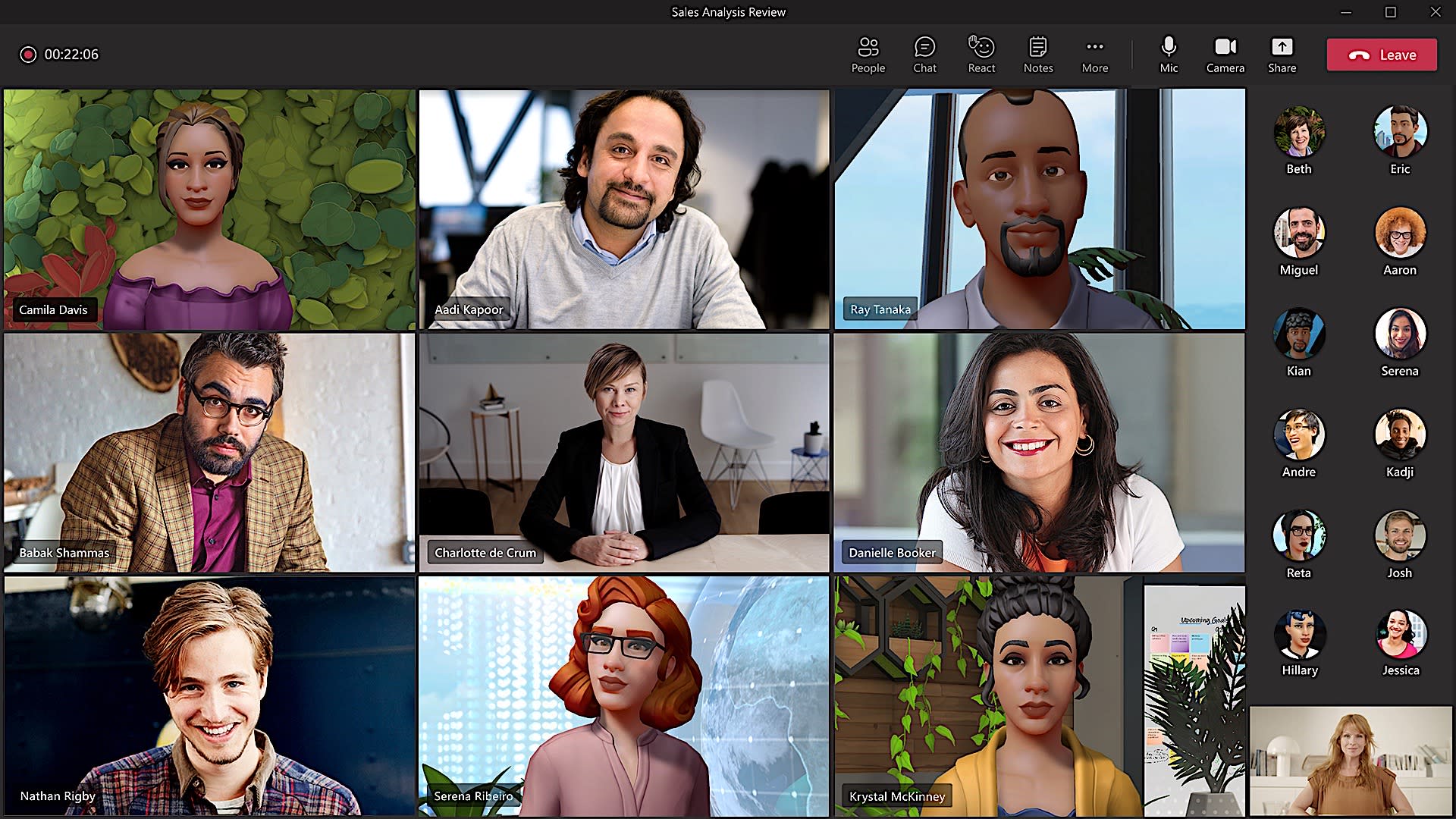 Meta may be grabbing most of the metaverse headlines for now, but it's far from the only company exploring how we can experience virtual events across a variety of devices. Microsoft gave us a glimpse of its vision earlier this year with Mesh, a platform for virtual meetings that can take place across HoloLens 2, mixed reality headsets, computers and smartphones. It'll be a while before we're stepping into meetings as holographic projections, though, so Microsoft is announcing something a bit more grounded: Mesh for Teams.

The pitch, as you'd expect, combines the virtual environments and personas that Mesh delivers with Teams' established workplace collaboration. Instead of hopping on a Teams meeting with your webcam, for example, you could pop up as a customized avatar that talks and animates along with your voice. Eventually, Microsoft plans to animate your avatar by following your face and movements with your webcam, something that should get even better as you step up to devices with more microphones, cameras and sensors like the HoloLens 2.

It's all about delivering that elusive sense of "presence," the feeling that you're right beside your colleagues virtually. And while it may seem silly at first, Mesh for Teams could be a huge step forward for people who don't always feel comfortable on webcams. After all, there are plenty of times, like when you're working early in pajamas, or covered in your kids' lunch mess, where you may be working but not exactly camera ready.

In addition to avatars, Mesh for Teams will also include pre-built immersive spaces to hang out virtually. That could let groups create a customized meeting space, much like an actual office. There's also the potential for those spaces to replicate hanging out in an office kitchen or water cooler. That seems a bit more fanciful, but it makes sense to experiment with virtual spaces. Having a virtual coffee chat with your avatar could end up being less stressful than flipping on your camera. Microsoft says companies will eventually be able to design spaces themselves, allowing them to reflect their actual offices.

Mesh for Teams will start rolling out in 2022. Microsoft isn't giving up on its more expansive Mesh vision though: companies can still use that platform to create complex 3D environments, which workers can access through a variety of devices.

Alex Kipman, the Microsoft technical fellow who spearheaded the Kinect and HoloLens, originally pitched Mesh as a way for first-line workers to remotely collaborate on complex 3D models. Mesh for Teams boils that idea down for the typical knowledge worker, the sort of person who spends most of their day at a desk hopping between meetings, emails and office apps. It may not seem as exciting as Meta's pitch for a metaverse filled with multiplayer games and virtual events, but for many people, it's a far more useful way of thinking of a more connected internet.

All products recommended by Engadget are selected by our editorial team, independent of our parent company. Some of our stories include affiliate links. If you buy something through one of these links, we may earn an affiliate commission. All prices are correct at the time of publishing.
View All Comments
Microsoft's Mesh for Teams brings mixed reality to work