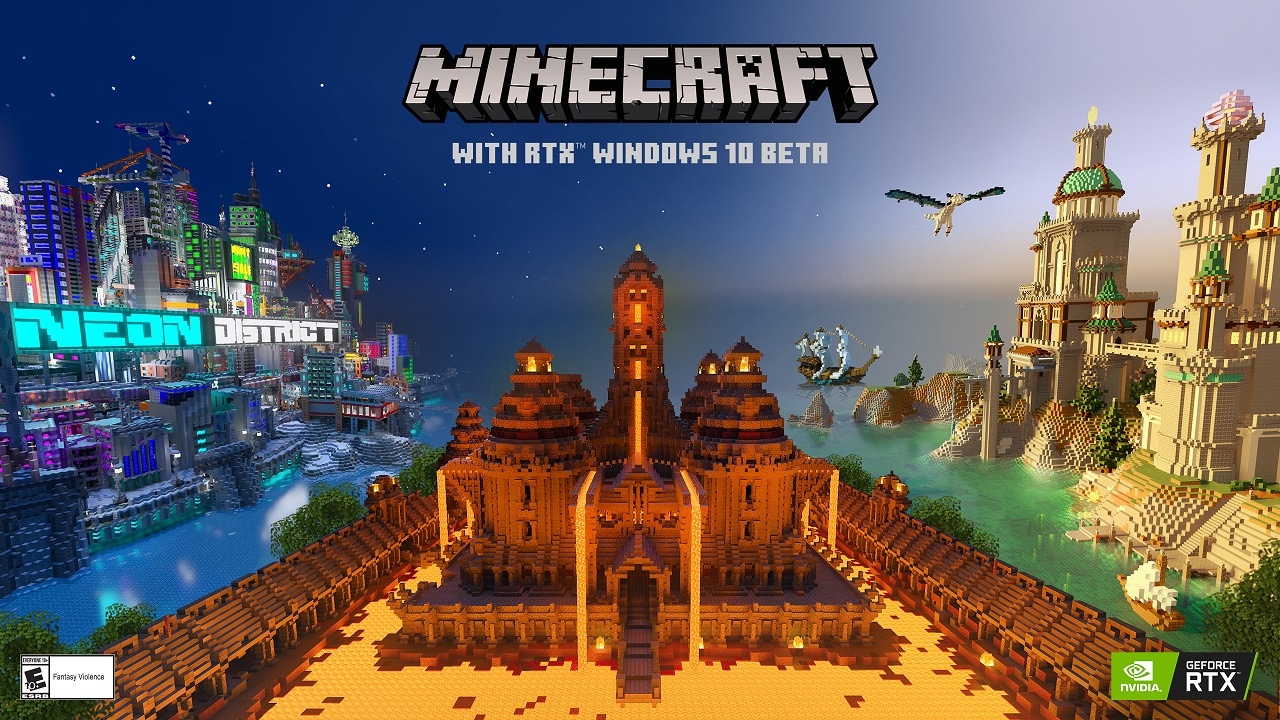 Ten years since its release, and Minecraft continues to be one of the most popular games of our time — now, it’s getting a makeover in the form of ray tracing. This is the holy grail of gaming graphics, which simulates the physical behavior of light to bring a real-time, cinematic-quality rendering to a game.

NVIDIA first revealed it was working on these realistic visuals for Minecraft last year — now they’re set to roll out to Windows users on April 16th. Currently in beta, the release will be the familiar Minecraft single-player experience, except with ray-traced reflections, shadows, lighting and customized, realistic materials. Plus, you’ll get to explore six new RTX worlds developed by community creators. These worlds, which include Aquatic Adventure, Imagination Island and Neon District, are available for free in the Minecraft Marketplace to gamers with Minecraft Windows 10.

Elsewhere, the visually-focused release brings physically-based rendering (PBR), which means surfaces are set to look a lot more realistic, whether they’re rough matte stone or glossy smooth ice, and to help with the grunt work needed to power all of this in the background, there’s NVIDIA’s DLSS 2.0. This updated version of NVIDIA’s AI upscaler uses RTX tensor cores to take a lower-res image and upscale it to your target resolution, purportedly doing a much better job than the original feature that launched alongside NVIDIA’s RTX cards.

Of course, because it is in beta, you can expect a few issues at this stage. Some features haven’t been included in the beta, for example, such as multiplayer realms, third-party servers or cross-play. There are still a few design bugs, and some dimensions have not yet been optimized for ray tracing. Meanwhile, banners are black, and slime mob has no face — the sort of things that will be ironed out in due course. A date is yet to be confirmed for official release — developers are hoping to get community feedback on the beta release first.

In this article: Minecraft, RTX, ray tracing, display, visual, graphics, NVIDIA, news, gaming
All products recommended by Engadget are selected by our editorial team, independent of our parent company. Some of our stories include affiliate links. If you buy something through one of these links, we may earn an affiliate commission.