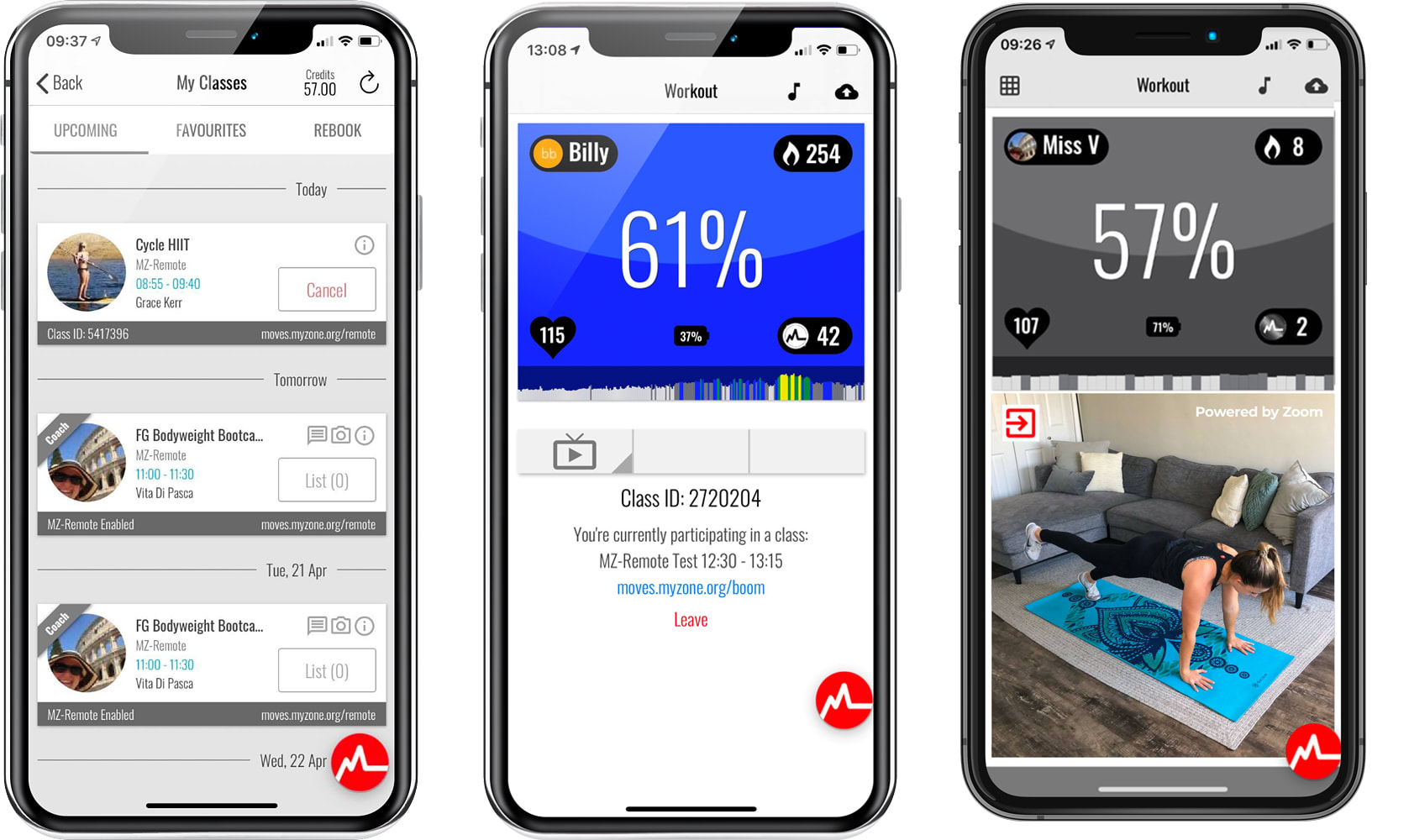 In a lot of gyms and boutique fitness studios, there are classes that use chest straps with biometric sensors to track your heart rate and effort. Most of the time, these bands, apps and smart TV readouts are powered by Myzone, which makes both the hardware and software.

With most gyms closed for the time being (and preparing for a post-corona future of smaller classes and tougher hygiene standards), I tested the Myzone app’s new MZ-Remote feature, which wants to bring its competitive point-scoring -- and numbers-don’t-lie accountability -- to your next at-home workout.

I was equipped with Myzone’s MZ-3 chest tracker ($150) which, according to the company, has 99.4% percent accuracy at measuring your heart-rate. The app, available on iOS and Android, connects to the wearable and tracks your exertions, calibrating to the user and scoring your effort.

If you’re going all out, you’re in the red, while if you’re taking it easy you’ll likely be in the blue or green. (If you’re just resting, it’ll be grey.) The longer you spend in these colors, the more effort you’re putting into the workout, and the more ‘effort points’ you earn. That’s the simplified end result -- a point score. And unlike Peloton, it’s based entirely on your own heart rate variation, nothing to do with your current weight, height or age, although these stats are factored into your calorie burn figures. Myzone CEO Dave Wright, who led the virtual briefing, compared this effort score to a golf handicap.

This part of the setup is already in place in gyms, but the ability to tap into the same ‘competitive’ mindset as you’d experience in an IRL HIIT class, tracking your progress, but at home, is a tempting one.

I’ve sweated it out in several different classes that use Myzone’s wearables to track your efforts and score them, including F45 and the Blaze classes at the David Lloyd gym chain in the UK. I have no issue with being ranked against others, although I often find personal trainers ‘pushing’ me to go further often makes me belligerent and angry. Of course, your mileage may vary, just don’t ask me for one more rep.

That’s less of a problem here. As your efforts are displayed on-screen (while still being weighted to your own fitness levels), it’s almost the perfect amount of motivation. The trainer, who leads the workout and shows the exercises can call out participants based on how hard they're working out. The company is considering the ability to show participants’ videos to the trainer, so they could advise on form. The video stream component is all powered by Zoom, which means it works like it should, even if you’re not entirely sold on the video conference service.

Zoom’s involvement also helps explain how Myzone was able to launch this app in roughly nine weeks and means classes can contain 20-50 participants, although that would make it harder for the trainer to offer feedback during the session.

Cleverly, you can still play your own music as the workout happens, which is great. The app pulls in Spotify and Apple Music, too. You can also screen share the workout to a TV for a better view of the workout and scores.

At this point, there are still some limitations. While there are some bare social network bones here, it’s no Strada or Nike app. You’re locked into participating in virtual classes for whatever organization your Myzone wearable is registered to -- and for now, that can only be one network.

If Myzone’s remote classes get into enough gym chains (or even corporate wellness programs), it could be a powerful way to get your workouts in while at home -- and make them effective. I’ve been averse to ‘online workout’ Zoom streams and videos as I know my heart won’t be in it. Why bother? But, score my efforts? I can get behind that.

There appears to be a credits system inside the app, so there’s the potential to pay as you go for workouts if you already own a MZ-3 chest sensor, but that’s not working for me at the moment.

Because MZ-Remote shows everyone’s efforts on screen, it’s almost the perfect amount of motivation, and less intimidating than the real-world version at your gym. Myzone tech is already used in thousands of gyms across the US -- it’s half the company’s business. Expect to hear more about it soon.