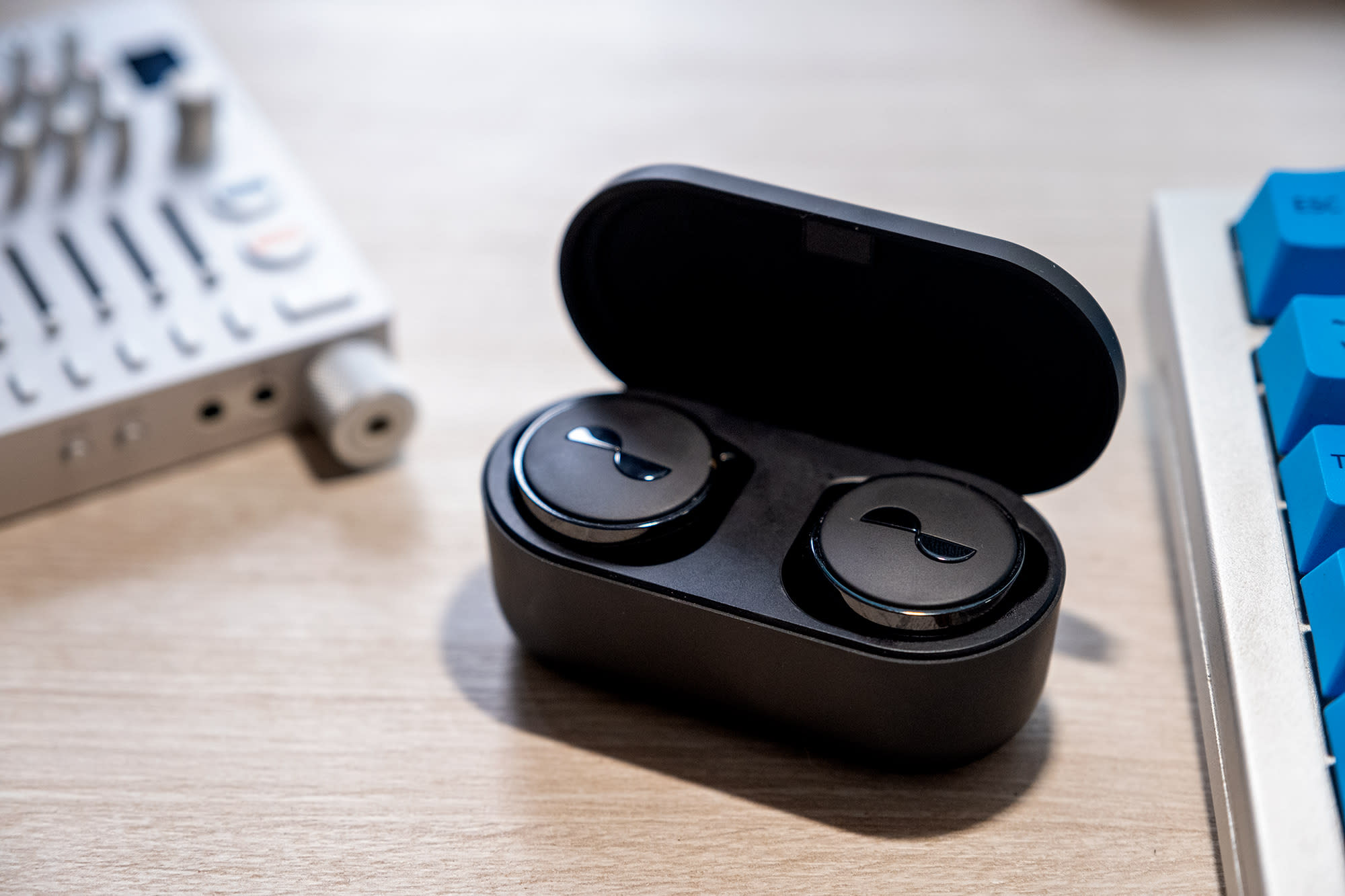 The NuraTrue Pro brings 'CD-quality' to its personalized Bluetooth headphones

AptX Lossless and audio tuned to your hearing? It could be a winning combo.

Since its debut in 2016, Nura has built its whole brand around optimizing audio for your hearing. But that only helps so much, obviously you want the music source to be as high a quality as possible, too. Today, the company is announcing the NuraTrue Pro, a wireless TWS set that supports AptX Lossless – the highest quality Bluetooth codec to date.

AptX Lossless is new enough that barely anything supports it right now. But given it’s part of Qualcomm’s Snapdragon Sound platform, it won’t be long before most Android flagships adopt it. Apple users, on the other hand, might be waiting forever, given that there’s no support for any form of AptX or any other higher resolution audio over Bluetooth beyond the company’s implementation of AAC.

Nonetheless, the NuraTrue Pro is currently in a fairly exclusive club with support for the new codec, which is capable of 16-bit/44.1Khz “CD quality” audio. Something the company hopes, in combination with its proprietary “customized” audio, will make these TWS a reference point for audio quality. This means it also supports all the other flavors of AptX (HD, Adaptive and so on), plus, of course, Apple-friendly codecs too.

Beyond the higher-fidelity support, there are, of course, some other new features to separate these from the original NuraTrue that the company announced last summer. For starters, there’s support for spatial audio powered by Dirac, improved ANC, an upcoming “ProEQ” tool for fine-tuning audio and a claimed extra two hours of battery life – now eight hours on a single charge, up from the original’s six. The case still offers another 24 hours of charging before you’ll need to reach for that USB-C cable.

Most importantly, the Pro model has a slightly modified design with a new smooth metallic material around the edge and for the logo – just so people don’t mistakenly think you’re still on last year’s model.

Most everything else matches what we’d expect from a Nura headphone. That’s to say, the automatic hearing test for personalized audio is here. Performing this with the app takes about a minute and only needs to be done once. You can even export that profile to other devices if you need it, and it’s stored locally on the headphones so the benefit carries with you over to, say, your desktop PC.

The same goes for “immersion mode.” In the NuraPhone over-ears this was a tactile “bass” feature through haptics, but in all the other models it’s more of a bass-boost mode. It works just fine, but can be a little overbearing at higher volumes (especially for music that’s bass-heavy in the first place). On the pre-release model Nura sent for testing, immersion mode feels a little too aggressive or needs some fine-tuning as almost anything above zero seems to distort.

That’s about the only audio gripe, though. Comparing these side by side with the original NuraTrue, the difference on a standard YouTube Music stream isn’t stark, but if you add in spatial mode you can definitely feel a little more “air” in the mix, as if the sound stage is a little wider, and at no expense of volume as can sometimes be the case.

Sadly, my iPhone can’t serve up anything in delicious AptX Lossless, but the three-year-old OnePlus 7 Pro I have lying around can manage the next one down (AptX Adaptive). I must say I am generally impressed with the performance of the NuraTrue Pro. I was worried that the combination of spatial and personalization on top of new codec support might risk highlighting unwanted frequencies, especially when adding EQ on top.

Instead, it seems to come together well, producing a sturdy, spacious but not overly “modified” sound. I mean, it is modified, that’s sorta Nura’s whole vibe, but it doesn’t sound so, and that’s the important thing.

If you’re wondering why customized headphones would need an additional “ProEQ” feature, that’s largely down to giving users the choice. Theoretically, Nura’s hearing test should provide all the EQ you need, but of course, maybe you just prefer things a little more pronounced in the mid-range, the tool will be there for those that want it.

All in all, the NuraTrue Pro should be a welcome addition to an already well-rounded line-up from Nura. Despite the company’s established product releases, the NuraTrue Pro will be launching on Kickstarter for delivery later this year. While that might be a sticking point for some, it does mean that you can bag a set for a super early bird price of $199. Regular retail price will be some way north of that at $329 (£299/359€).