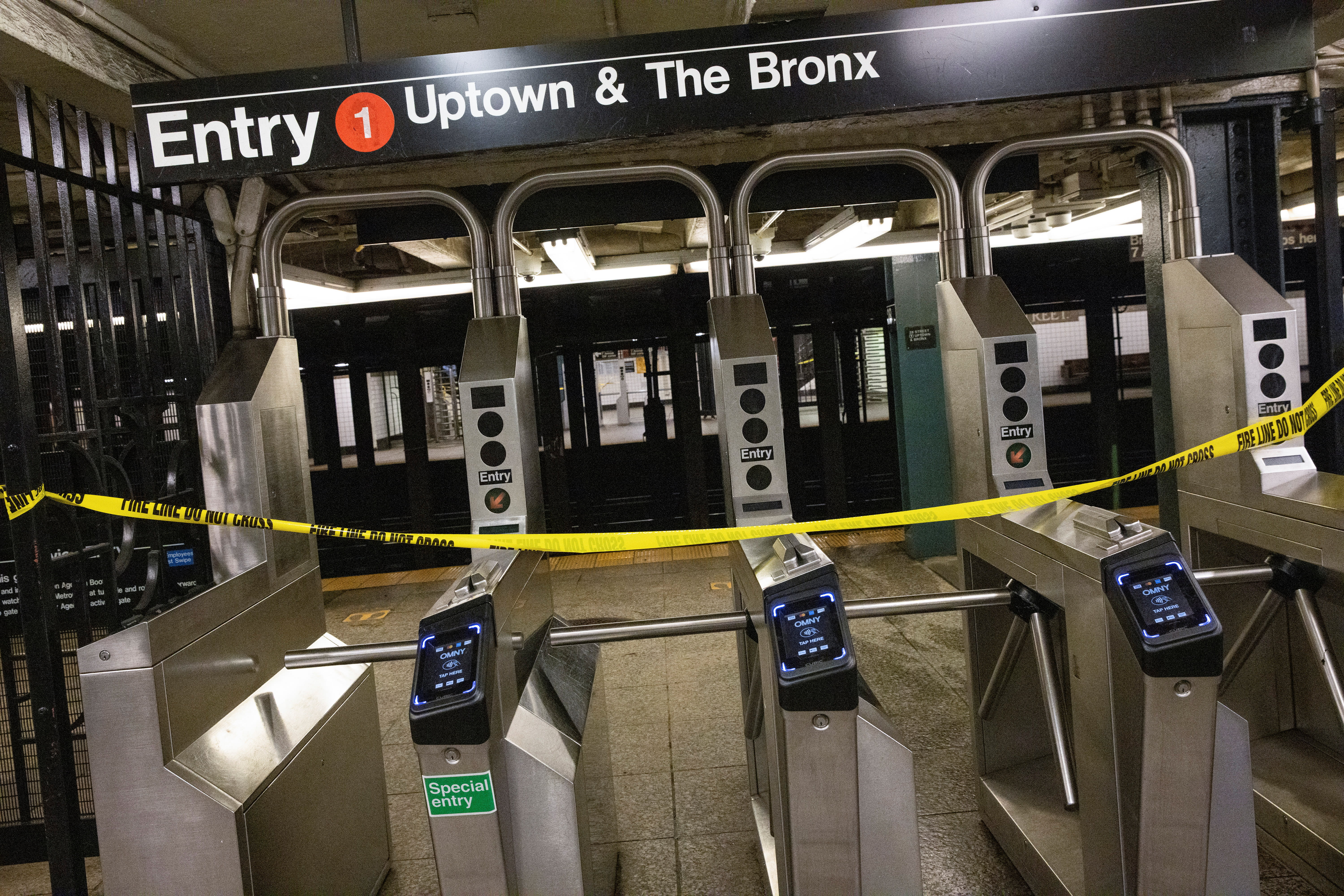 The hyperlocal flood detection network is set to expand across the city's waterfront in coming years.

And it’s a deal that’s only getting bigger thanks to climate change. Sea levels around the city have already risen a foot in the last century with another 8- to 30-inch increase expected by mid century, and up to 75 additional inches by 2100, according to the New York City Panel on Climate Change. To help city planners, emergency responders and everyday citizens alike better prepare for 100-year storms that are increasingly happening every couple, researchers from NYU’s Urban Flooding Group have developed a street-level sensor system that can track rising street tides in real time.

The city of New York is set atop a series of low lying islands and has been subject to the furies of mid-Atlantic hurricanes throughout its history. In 1821, a hurricane reportedly hit directly over the city, flooding streets and wharves with 13-foot swells rising over the course of just one hour; a subsequent Cat I storm in 1893 then scoured all signs of civilization from Hog Island, and a Cat III passed over Long Island, killing 200 and causing major flooding. Things did not improve with the advent of a storm naming convention. Carol in 1954 also caused citywide floods, Donna in ‘60 brought an 11-foot storm surge with her, and Ida in 2021 saw an unprecedented amount of rainfall and subsequent flooding in the region, killing more than 100 people and causing nearly a billion dollars in damages.

As the NYC Planning Department explains, when it comes to setting building codes, zoning and planning, the city works off of FEMA’s Preliminary Flood Insurance Rate Maps (PFIRMs) to calculate an area’s flood risk. PFIRMs cover the areas where, “flood waters are expected to rise during a flood event that has a 1 percent annual chance of occurring,” sometimes called the 100-year floodplain. As of 2016, some 52 million square feet of NYC coastline falls within that categorization, impacting 400,000 residents — more than than the entire populations of Cleveland, Tampa, or St. Louis. By 2050, that area of effect is expected to double and the probability of 100-year floods occuring could triple, meaning the chances that your home will face significant flooding over the course of a 30-year mortgage would jump from around 26 percent today to nearly 80 percent by mid-century.

As such, responding to today’s floods while preparing for worsening events in the future is a critical task for NYC’s administration, requiring coordination between governmental and NGOs at the local, state and federal levels. FloodNet, a program being developed by researchers from NYU and CUNY — along with the NYC Mayor's Office of Climate and Environmental Justice, and NYC Office of Technology and Innovation — operates on the hyperlocal level to provide a street-by-street look at flooding throughout a given neighborhood.

“We are essentially designing, building and deploying low cost sensors to measure street level flooding,” Dr. Andrea Silverman, environmental engineer and Associate Professor at NYU’s Department of Civil and Urban Engineering, told Engadget. “The idea is that it can provide badly needed quantitative data. Before FloodNet, there was no quantitative data on street level flooding, so people didn't really have a full sense of how often certain locations were flooding — the duration of the floods, the depth, rates of onset and drainage, for example.”

“And these are all pieces of information that are helpful for infrastructure planning, for one, but also for emergency management,” she continued. “So we do have our data available, they send alerts to see folks that are interested, like the National Weather Service and emergency management, to help inform their response.”

FloodNet is currently in early development with just 23 sensor units erected on 8-foot tall posts throughout the five burroughs, though the team hopes to expand that network to more than 500 units citywide within the next half decade. Each FloodNet sensor is a self-contained, solar-powered system that uses ultrasound as an invisible rangefinder — as flood waters rise, the distance between the street surface and the sensor shrinks, calculating the difference between that and baseline readings shows how much the water level has risen. The NYU team opted for an ultrasound-based solution rather than, say LiDAR or RADAR, due to ultrasound tech being slightly less expensive and providing more focused return data, as well as being more accurate and requiring less maintenance than a basic contact water sensor.

The data each sensor produces is transmitted wirelessly using a LoRa transceiver to a gateway hub, which can pull from any sensor within a one-mile radius and push it through the internet to the FloodNet servers. The data is then displayed in real-time on the FloodNet homepage.

”The city has invested a lot in predictive models [estimating] where it would flood with a certain amount of rain, or increase in tide,” Silverman said. Sensors won’t have to be installed on every corner to be most effective, she pointed out. There are “certain locations that are more likely to be flood prone because of topology or because of the sewer network or because of proximity to the coast, for example. And so we use those models to try to get a sense of locations where it may be most flood-prone,” as well as reach out to local residents with first-hand knowledge of likely flood areas.

In order to further roll out the program, the sensors will need to undergo a slight redesign, Silverman noted. “The next version of the sensor, we're taking what we've learned from our current version and making it a bit more manufacturable,” she said. “We're in the process of testing that and then we're hoping to start our first manufacturing round, and that's what's going to allow us to expand out”.

FloodNet is an open-source venture, so all of the sensor schematics, firmware, maintenance guides and data are freely available on the team’s GitHub page. “Obviously you need to have some sort of technical know-how to be able to build them — it may not be right now where just anyone could go build a sensor, deploy it and be online immediately, in terms of being able to just generate the data, but we're trying to get there,” Silverman conceded. “Eventually we'd love to get to a place where we can have the designs written up in a way that anyone can approach it.”

All products recommended by Engadget are selected by our editorial team, independent of our parent company. Some of our stories include affiliate links. If you buy something through one of these links, we may earn an affiliate commission. All prices are correct at the time of publishing.
View All Comments
NYU is building an ultrasonic flood sensor network in New York's Gowanus neighborhood