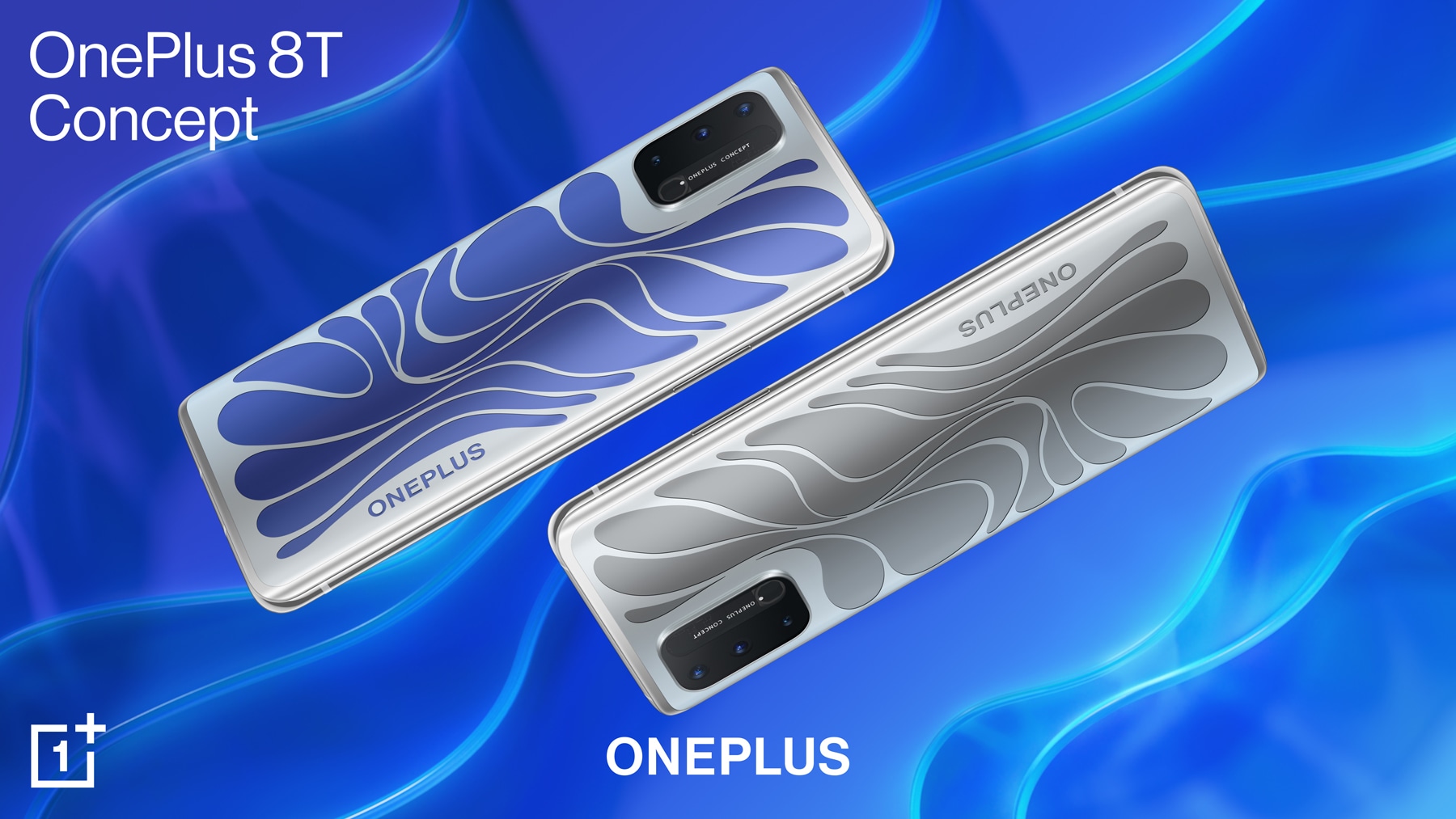 Plenty of phones have a special back panel with a colourful gradient or shimmering effect. Very few, however, actually change color altogether. (Not without a case or Dbrand-style skin, anyway.) The OnePlus 8T Concept is different, though. The experimental phone has a stylish pattern on the back that can switch between light silver and dark blue. According to OnePlus, the design relies on a special film “that contains metal oxide in glass,” with “the valence state of the metal ions varying under different voltages.” So whenever the metal oxide activates, the color of the pattern changes, reflecting the “multi-hued flowing water,” an explainer supplied by OnePlus claims.

I know what you’re thinking: okay, so what? Well, OnePlus believes that the film could become a genuinely useful part of the phone. The company claims the pattern can be used in combination with millimeter wave (mmWave), the same technology underpinning 5G, to change color on command. That means the pattern could change colors or alternate quickly to indicate an incoming call. OnePlus says a mmWave radar module could enable the user to accept or reject the call without touching the device. The company even suggests that the module could track and, through the film, replicate your breathing, “effectively making the phone a biofeedback device.”

The OnePlus 8T Concept is, of course, a concept phone, so I wouldn’t expect to buy one anytime soon. It follows the Concept One, another experimental phone that used electrochromic glass to hide the rear-facing camera. OnePlus says the new device was created by OnePlus Gaudí, a team of 39 designers based in Shenzhen, Taipei, New York and India. At the very least, it shows that the company is focused on more than blazingly-fast performance. To stay at the front of the Android pack, it’ll eventually need to innovate in other ways, or risk being surpassed by rival manufacturers that are willing to invest more into speculative R&D projects.

In this article: oneplus, 8t, oneplus 8t, mobile, smartphone, design, art, news, gear
All products recommended by Engadget are selected by our editorial team, independent of our parent company. Some of our stories include affiliate links. If you buy something through one of these links, we may earn an affiliate commission.