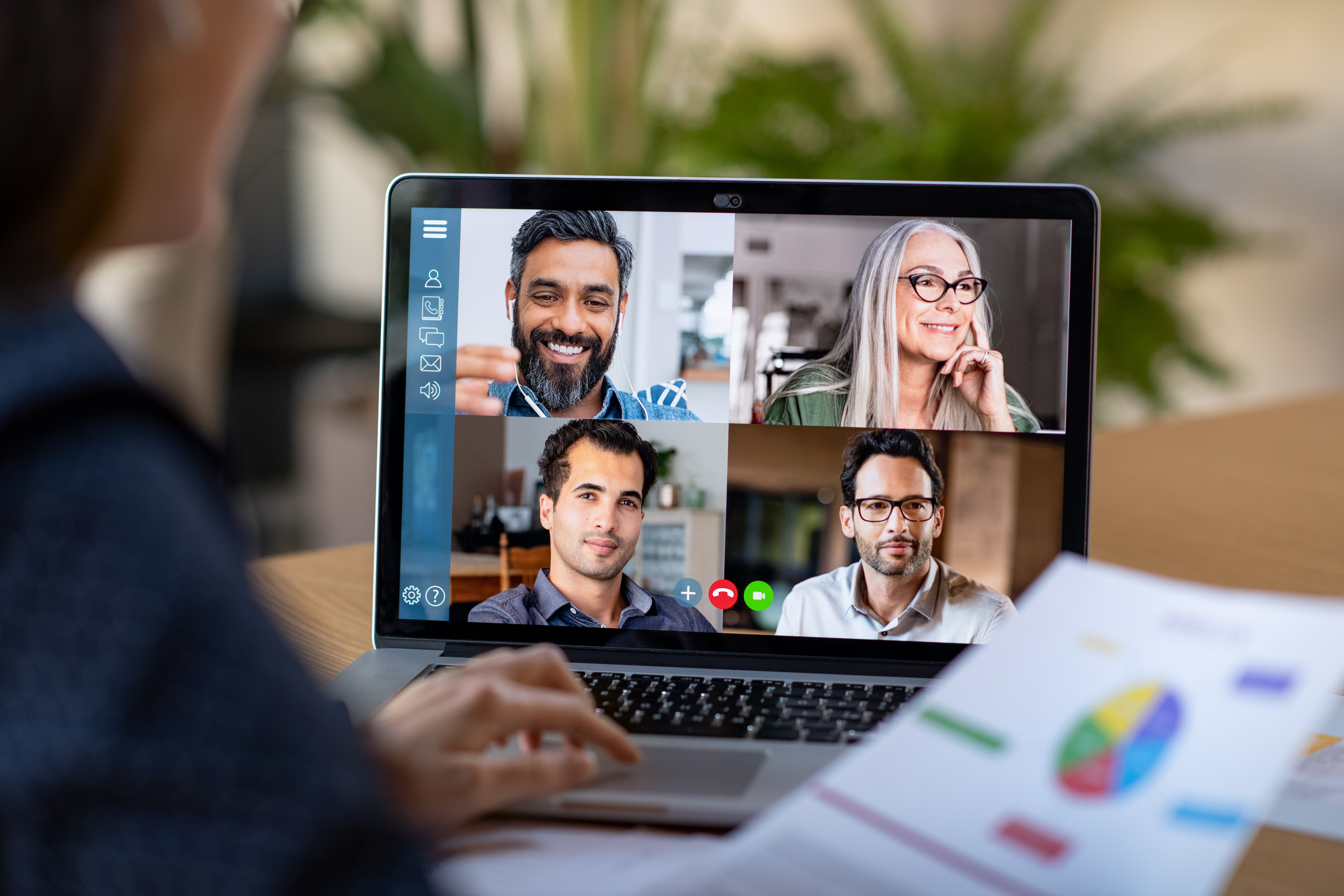 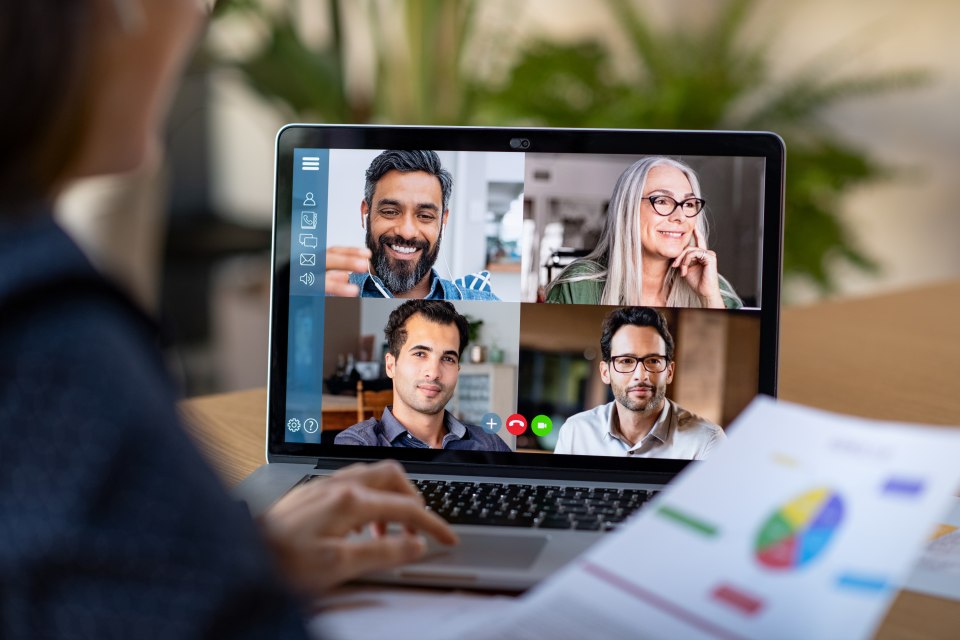 Ever since the pandemic lockdown began, I’ve video-chatted more than I ever have before. If it’s not Google Meet with colleagues, it’s Zoom hangouts with friends and FaceTime with family. Of course, the socialization is welcome; even us introverts desire human interaction every once in a while. But as time goes by, I’ve noticed that video chats can be unusually exhausting, in a way that I didn’t quite expect.

It turns out, I’m not alone. Outlets like the BBC and the Wall Street Journal have published stories about a phenomenon called “Zoom fatigue,” where people are suddenly more socially overwhelmed than they were before the pandemic. Sonya Dreizler, a San Francisco consultant, told the WSJ that before the lockdown, Zoom was just for meetings with clients, but now her child’s playdates and social chats with relatives are all on Zoom as well, fueling an unexpected burnout.

Similarly, Tarek, a law student in New York, told the MIT Technology Review that after long days of classes via Zoom, the extra video chats with friends and family feel exhausting. What’s more, turning down an invitation for virtual socialization can spur feelings of guilt, because they don’t have much of an excuse amidst the shelter-in-place. Friends have confessed to me that the constant video chats have been tiring them out as well, perhaps even more so than real-life interactions.

The issue is, online video interactions are fundamentally different from face-to-face ones. “When we’re sitting face-to-face with someone, we are physically present and this allows us to be more in-the-moment and not feel so ‘stilted’ or ‘performance-oriented,’” Suzanne Degges-White, a professor and chair of Counseling and Higher Education at Northern Illinois University, told Engadget. “[On video chat] we have to be more conscious of the words we choose and when we jump into conversations.”

That’s different from in-person communications, where there are helpful physical cues. “In face-to-face meetings, we’re able to gauge the climate and better read the room to know when it’s best to jump in and share a diverse or different perspective,” she added. “In video meetings, we don’t get to see the ‘clues’ that body language and facial expressions send nearly as well.” Plus, she said, we lose about 85 percent of communication due to the absence of body language, and we don’t necessarily pick up on others’ non-verbal cues appropriately. Video chats can therefore require a lot more energy and focus, while in-person interactions are a little less demanding.

“Many of us are experiencing non-verbal overload,” said Jeremy Bailenson, a founding director of Stanford University’s Virtual Human Interaction Lab, who recently wrote about the topic in an op-ed for the Wall Street Journal. This is especially true with software like Zoom, which wasn’t really designed for social interaction in the manner we’re doing now. “In a normal workplace, people rarely engage in long bouts of mutual gaze -- that is, looking directly into the eyes of another,” he told Engadget. “With Zoom, a grid of people stare right at you from the screen for the entire meeting.”

In an experiment at Stanford, Bailenson and his colleagues studied the consequences of this “constant gaze” using virtual classrooms. He discovered that while productivity did increase, the students’ discomfort went up. “People report being very uncomfortable getting stared at for an entire meeting,” he said. “The brain is particularly attentive to faces, and when we see large ones close up, we interpret them as being close by. Our ‘fight-or-flight’ reflex responds.”

There’s also often an added pressure to “perform” while on video chats. Marissa Shuffler, an associate professor at Clemson University, told the BBC that there’s often social pressure when you’re on a video conference when you know everyone’s looking at you. “Being performative is nerve-wracking and more stressful,” she said. Plus, silence in a video call can feel more awkward than usual. A 2014 study in the International Journal of Human-Computer Studies pointed out that delays on conferencing technologies can sometimes make people think the other person is less friendly, or less focused.

What makes matters more complicated is that most if not all of our socialization is now through the internet. “Most of our social roles happen in different places, but now the context has collapsed,” Gianpiero Petriglieri, an associate professor at Insead, told the BBC. “Imagine if you go to a bar, and in the same bar you talk with your professors, meet your parents or date someone, isn’t it weird? That’s what we’re doing now.”

There are a few tech innovations that could help mitigate the fatigue. Instead of using your own face for example, Bailenson said that Apple’s Animoji and Samsung’s AR Emoji can help maximize social connectedness while minimizing the aforementioned non-verbal load. He also suggested companies like High Fidelity and Loom.AI, both of which are developing surprisingly life-like 3D avatars that can offer a more realistic version of the same thing.

But if that’s a little too high-tech for you, there are a few steps that you can take today to help reduce video chat exhaustion. “Don’t schedule back-to-back meetings,” suggested Degges-White. “Take a break away from the screen between meetings and get fresh air.” She also recommends making sure that your “office” feels different from your “living area.” You could perhaps change the lighting or switch out your clothes to signify to yourself you’re changing modes. “When you feel you’re working 24/7 and are unable to leave the ‘office’ to see friends, having tricks to help you feel there’s a boundary between work and play can be important.”

You could also simply choose to turn the camera off during your video conferences. In one meeting for example, Bailenson decided to have it so only the person talking needed to stream the video. “It helped,” he said. “Highlighting our wall-hangings behind us is not critical to most meetings.” Additionally, he said that software like Zoom does let you control the positioning and size of the windows that show other people’s faces. “Play around with these settings to find one that creates the right balance for you,” he added.

Last but not least, you could ditch the computer altogether. “There’s always the telephone,” said Bailenson. Degges-White likes that idea too. “It can be less stressful when you ‘show up’ in voice only,” she said. “Cut yourself some slack and phone it in next time. Your overstrained eyes and the muscles you use for that ‘attentive meeting participant face’ will thank you.”

In this article: video conferencing, Video, Internet video, FaceTime, zoom, Hangouts, video chat, Wall Street Journal, online meetings, work from home, news, gear
All products recommended by Engadget are selected by our editorial team, independent of our parent company. Some of our stories include affiliate links. If you buy something through one of these links, we may earn an affiliate commission.