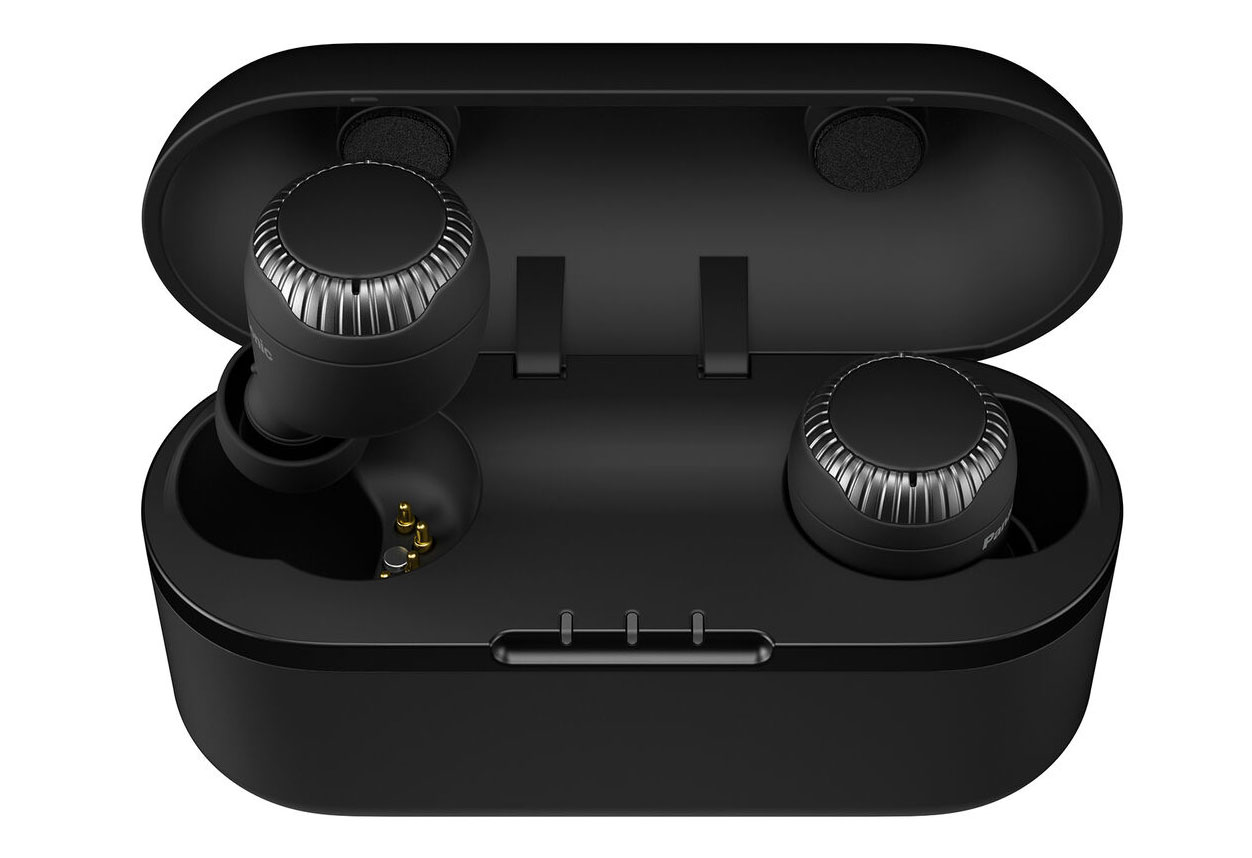 Panasonic’s first true wireless earbuds finally went on sale today in Europe. The RZ-S500W offers premium noise cancellation, while the RZ-S300W focuses on size and comfort. While we haven’t tried the S300W yet, we got a quick demo of the S500W earlier this year at CES and what we saw left us impressed.

The big draw of the larger S500W is Panasonic’s “Dual Hybrid” noise cancelling technology. They use feedforward noise cancellation, feedback noise cancellation and analog/digital processing to capture sound outside and inside the earbuds. The result is what Panasonic calls “noise cancelling performance that is best in its class,” a claim we’ll want to put to the test. The RZ-S300W, on the other hand, doesn’t have any kind of noise cancellation. Instead, their key feature is size; these earbuds are absolutely tiny, measuring about 17mm in diameter, or about the size of a dime.

The S500W and S300W promise “supreme call quality” with a premium microphone in a specially designed housing that minimizes wind noise. Each earbud connects individually to your device rather than to each other, which should improve sound quality over older wireless earbuds. The Panasonic Audio Connect App will let you change sound modes and customize additional settings, including your voice assistant of choice. Both pairs of earbuds are compatible with Siri and Google Assistant, and support for Alexa will be added in a future update.

The RZ-S500W sell for £169, while the RZ-S300W are £109. Once they hit American shelves, the RZ-S500W will cost $199 at launch and are available in white or black. The RZ-S300W will be only $129 and comes in black, white, or green. In January, Panasonic said these earbuds were scheduled for a June release in Europe, but a US launch date has yet to be announced.

In this article: Noise-cancelling headphones, earbuds, true wireless earbuds, Panasonic, headphones, news, gear
All products recommended by Engadget are selected by our editorial team, independent of our parent company. Some of our stories include affiliate links. If you buy something through one of these links, we may earn an affiliate commission.