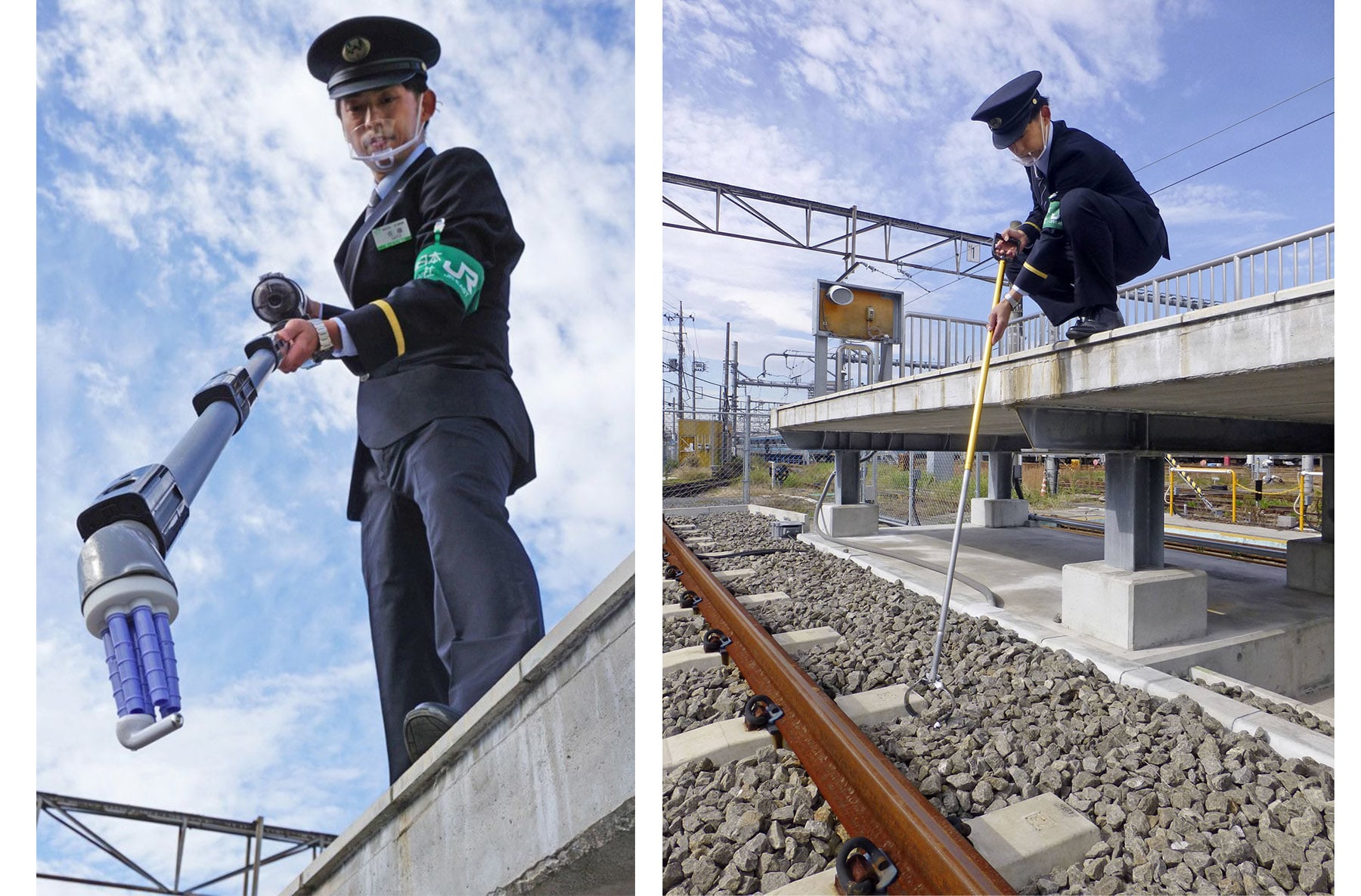 Losing a pricey pair of wireless earbuds on subway or train tracks has become an increasingly common problem, but Panasonic may have a way to recover them. Working with Japan’s JR East rail group, the company has developed a cordless vacuum device that can quickly nab a stray pair of wireless earbuds, according to Yahoo Japan, as first spotted by The Verge.

As Japan’s JiJi press pointed out, rail authorities typically use a mechanical grabber to pick up lost objects like shoes or larger devices. However, wireless buds are so small that they can get wedged between track gravel and become nearly impossible to pick up, as shown in the figure on the right. The vacuum gets around that using finger-sized tubes that can suction the buds out of tight spots, then hold them in place without sucking them into the vacuum body.

JR East said they had 950 incidents of dropped earbuds in 78 train stations between July and September. They must be picked up after the last trains of the day, which is a “burdensome” task, according to workers. And the problem isn’t limited to Japan, its widespread in the US, particularly New York — and suffice to say, commuters often don’t handle those gaffes well. “It happens all the time,” a New York MTA worker told the NY Post. “Just last week I had to stop a man from going down [to] the tracks to get it.”

In this article: vacuum, Panasonic, subway, lost, wireless earbuds, AirPods, trains, news, gear
All products recommended by Engadget are selected by our editorial team, independent of our parent company. Some of our stories include affiliate links. If you buy something through one of these links, we may earn an affiliate commission.