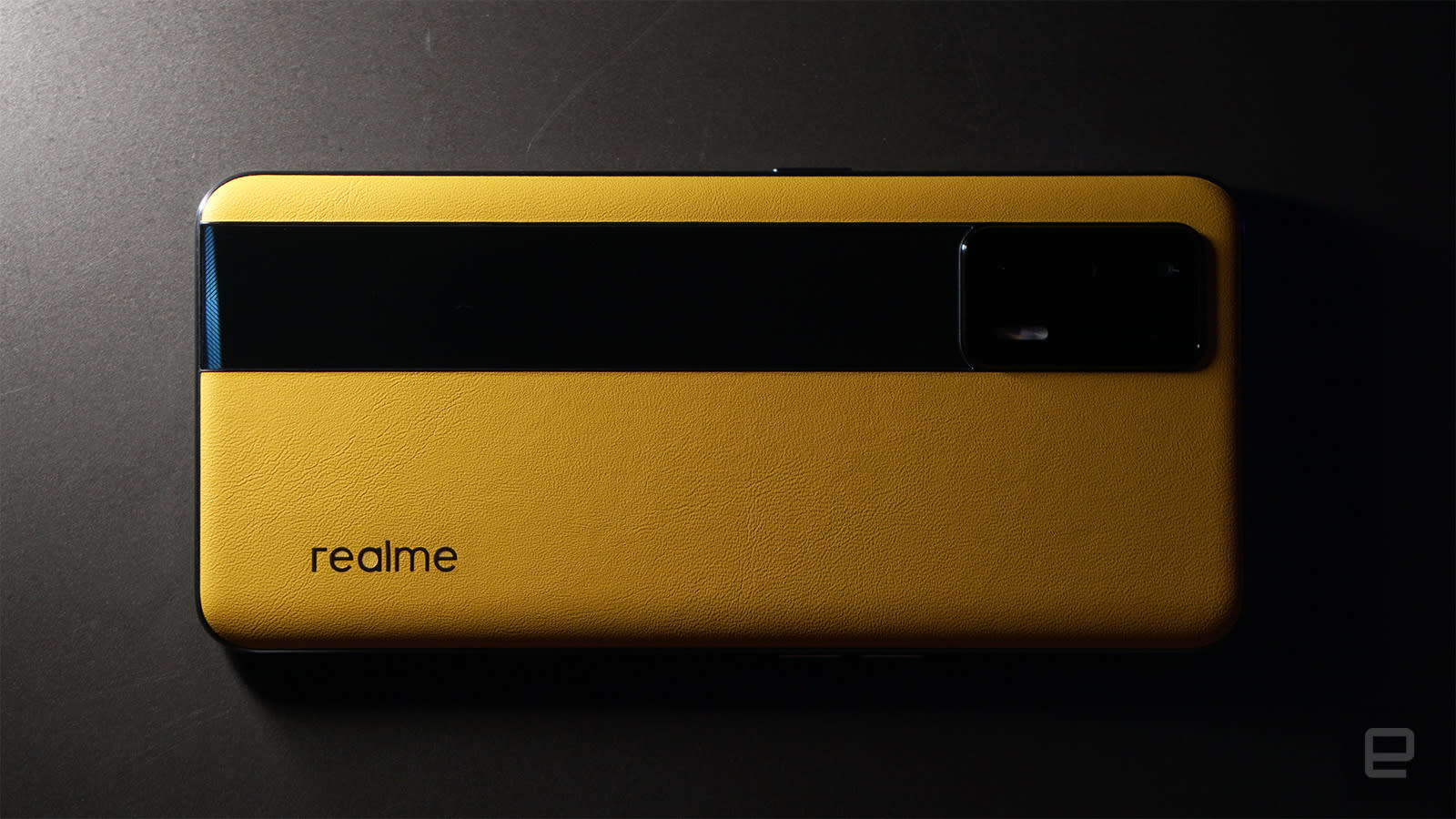 Realme GT is the cheapest Snapdragon 888 smartphone (for now)

Realme is pulling a OnePlus.

OnePlus may have long ditched the "flagship killer" tagline, but its sister brand Realme — the team that once brought us the "garlic" and "onion" phones — is now rehashing these two words for its latest global launch. The Realme GT, first launched in China back in March, is finally entering other markets with a starting price of 369 euros (around $450), making it the world's cheapest Snapdragon 888 smartphone. For now, anyway.

Before we dive into the specs (which, to be honest, is actually the most boring part in today's flagship market), let's take a look at the phone's design. The Realme GT comes in three flavors: "Racing Yellow," "Dashing Silver" and "Dashing Blue."

Personally, I'm all for the "Racing Yellow" which features vegan leather jazzed up with a glossy race track stripe. Even though I'd most likely keep the bundled protective case on, I do like the feel of the ultra-fine grain. This version comes in at 9.1mm thick and 186.5g heavy, which isn't bad considering these are just an additional 0.7mm and 0.5g over the other two glossy designs, respectively.

The Realme GT ticks all the boxes for a 2021 flagship: Qualcomm Snapdragon 888 processor, 120Hz Super AMOLED panel (6.43 inches, FHD+), in-display fingerprint reader, Dolby Atmos stereo speakers, dual Nano SIM slots, NFC, a 4,500mAh battery and 35-minute rapid charging (a 65W SuperDart Charger is included). If I must nitpick, it would have been nice of Realme to throw in a third microphone for an even better noise cancellation.

The Realme GT is shipping with Android 11-based Realme UI 2.0 and, for those who care, you'll be able to try Android 12 beta builds on this device ahead of the next Realme UI release later this year.

Realme is also pitching this as a mobile gaming device, thanks to its 360Hz touch sampling rate, linear motor tactile engine, 3.5mm headphone jack and stainless steel vapor cooling system — this can apparently reduce the core temperature by up to 15 degrees Celsius. You can activate a "GT Mode" which pushes the processor performance and screen refresh rate to the max, so long as you keep an eye on the battery level.

Realme is also working on bringing its "flagship killer" to other major markets, namely the UK and India, which will undoubtedly further threaten the likes of Xiaomi, Samsung and Huawei. That said, the company currently has no plans to bring its phones to the US.

In addition to Realme's surprisingly ambitious push into the global flagship smartphone market, the company is also launching its Techlife line of smart home devices, starting with a robot vacuum that sucks and mops using LIDAR mapping and a 300ml water tank. This will cost 299 euros (about $360) when it starts pre-sale on AliExpress on June 16th.