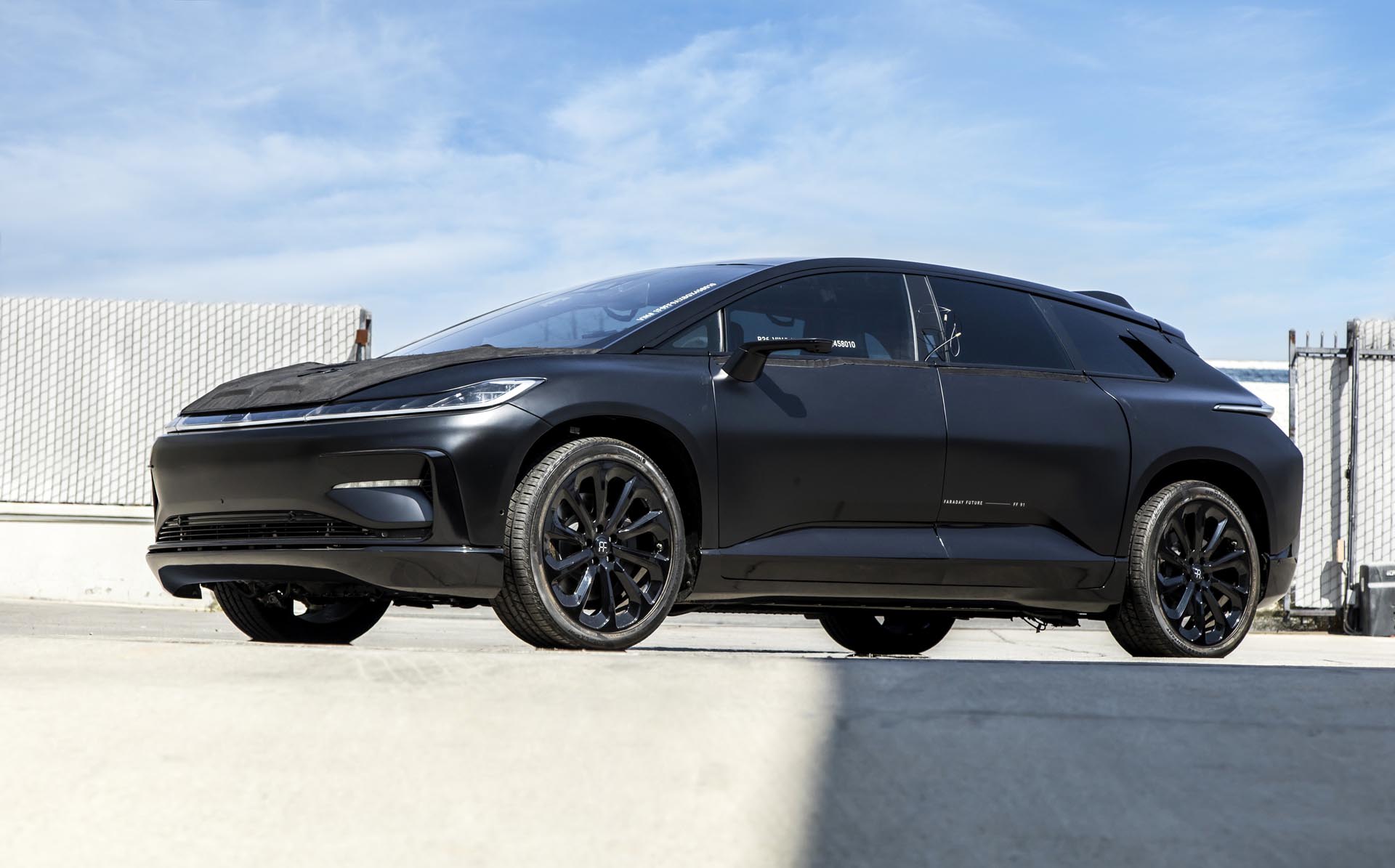 Remember Faraday Future? It’s the electric vehicle startup that, when it launched in 2015, was promising to shakeup the EV industry and become a rival to Tesla. Since then, the company has struggled with funding, production and legal issues. A Faraday Future EV comparable to anything Tesla offers never materialized, though the company is still around. But the startup did create a few prototypes, and two of them are now up for auction.

The 2016 Faraday Future FF 91 Prototype’s listing on Worldwide Auctioneers was first spotted by TechCrunch. Both vehicles are five-passenger SUVs featuring 130 kWh battery, three electric motors and 1,050 HP. It seems one is the actual vehicle that broke the EV world record at the 2017 Pikes Peak International hill climb, and that in 2018 did 0-60 MPH in 2.3 seconds in Las Vegas, according to the listing. It also says the EPA rated the vehicle at a 378-mile range.

However, you won’t want to drive this EV -- It doesn’t have a warranty and isn’t exactly optimized for comfort. The interior is pretty bare and there’s not much of a dashboard. This vehicle’s real value is in its collectability. Those who bid won’t be vying for their next commuter vehicle, but for literal pieces of EV history.

In January, writers for car news website Autocar were able to test-drive the FF 91 (perhaps on one of the prototypes up for auction) and talk with Faraday Future CEO Carsten Breitfeld, who said the company planned to begin production of the EVs by the end of the year. It’s unclear where those plans stand in light of the coronavirus pandemic, not to mention the company’s continued financial turmoil.

In this article: Faraday Future, Electric vehicle, ff91, Business, transportation, news, gear
All products recommended by Engadget are selected by our editorial team, independent of our parent company. Some of our stories include affiliate links. If you buy something through one of these links, we may earn an affiliate commission.