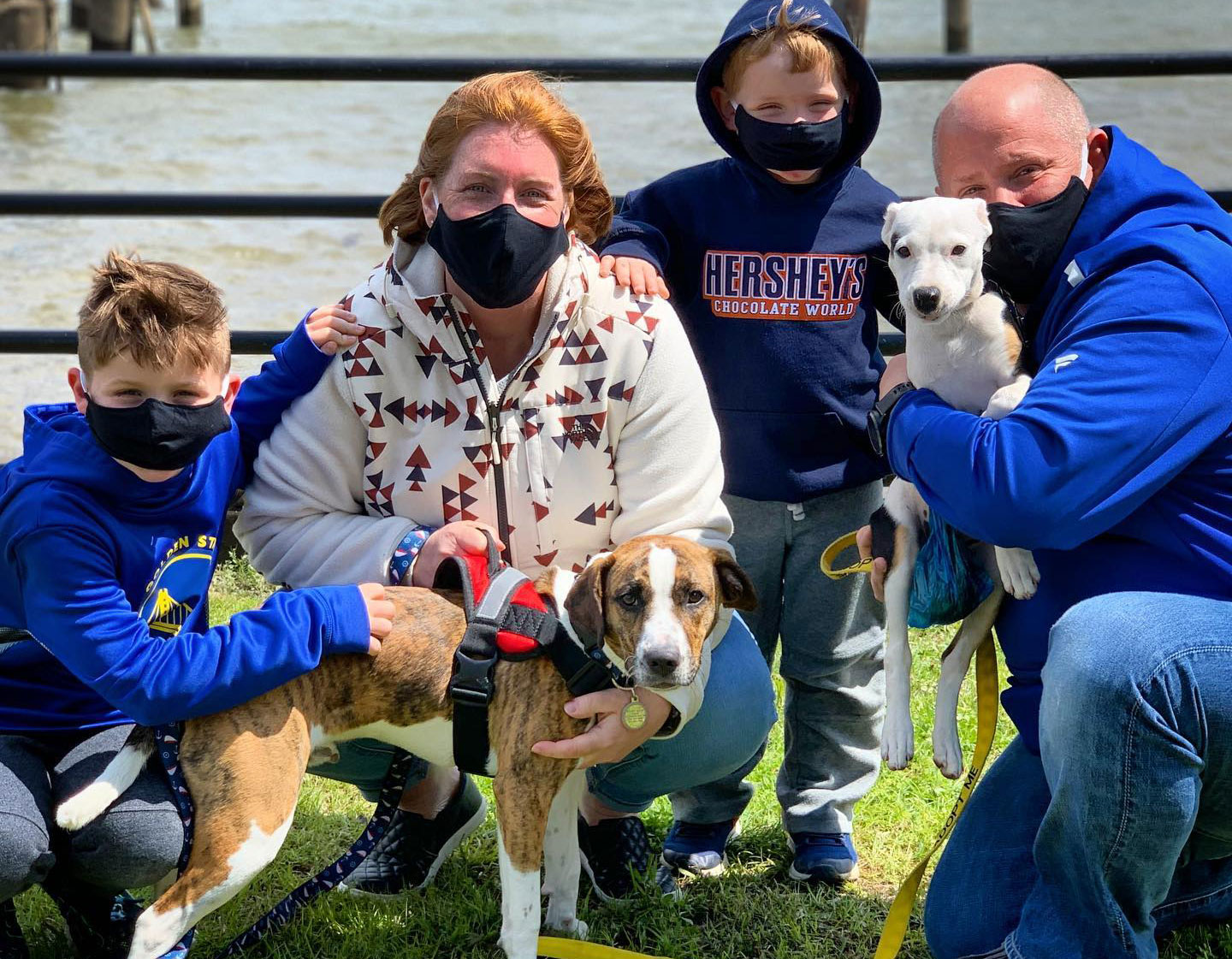 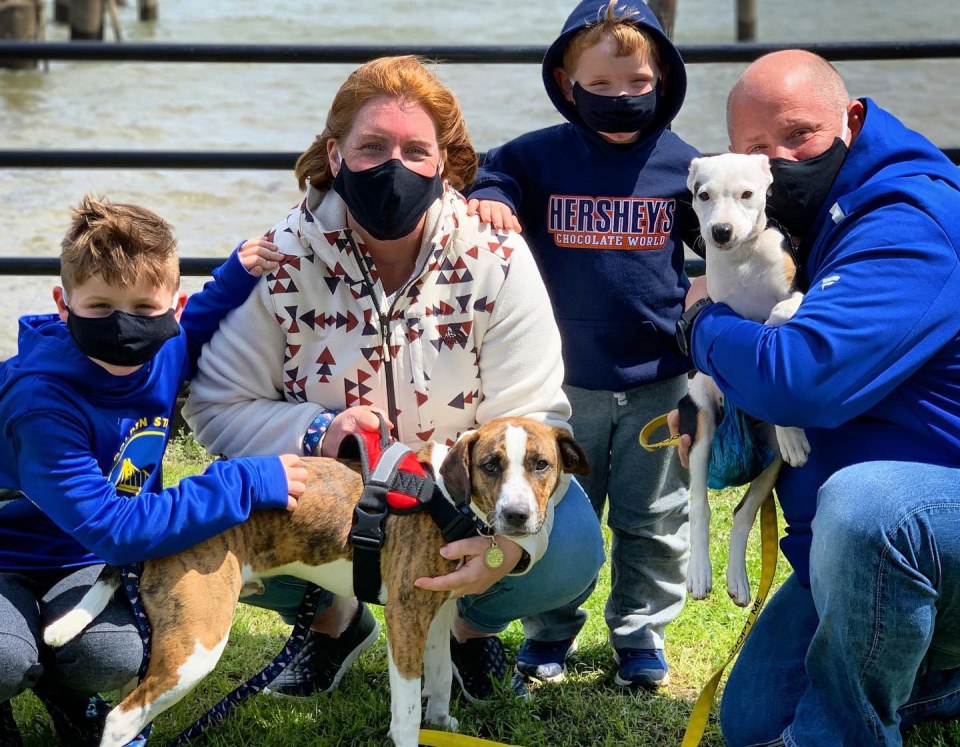 They’re a brindle-colored mutt, a mixed terrier and a Doberman pinscher, respectively, and within minutes of their videos being posted on the Rocket Dog Rescue Facebook page as part of a virtual-adoption drive, they each had a slew of applicants.

While much of the country is under orders to shelter at home, rescue groups across the country have reported skyrocketing interest in adoption and fostering. But considering that in most cities pounds and rescue groups are deemed nonessential businesses, the organizations have had to get creative about how they introduce their animals to the public while making sure the homes they do go to are the right fit.

In South Dakota, Alaska, Utah, Virginia, Washington, Oregon, Minnesota, California and beyond, many rescue groups have pivoted to virtual meet and greets and adoptions.

Rocket Dog Rescue in Oakland, California, is just one of the many groups who have taken their efforts online. Each Saturday at noon, the group posts a collection of 30-second to two-minute long clips on its Facebook page. Each video starts off listing that dog's stats (like their name, age, breed and weight) before switching to more intangibles that could encourage or deter potential pet parents, like personality traits, likes and dislikes, health needs, and assorted quirks (like Rex’s hoarding tendency or another dog’s need to bark at passersby).

Pali Boucher, the manager at Rocket Dog Rescue, said the demand has been astounding.

“We’ll put the videos up at noon, and within five minutes we will have more than 10 applications for each dog,” Boucher said. “It’s been incredible. It’s the most demand we’ve ever seen. We almost don’t have enough dogs for the number of people who want them. The first day we had an unprecedented 500 applications.”

Usually, when the country isn’t in the grips of a pandemic, Rocket Dog Rescue will hold weekend meet and greet days at various staging areas around the San Francisco Bay. It’s much more casual: People can wander in, meet some dogs and, if they want to, fill out an application. There might be a few people who apply for the same dog, but the appetite is nowhere near what it’s seeing now.

Now the rescue group will sort through the applications submitted online and pick out which one they consider the strongest. That applicant is then invited to do a one-on-one FaceTime or Zoom interview with the foster. It allows them to ask questions and see how the pup interacts with the foster family as well as allows the foster to get a sense of the home and whether it would be a good fit for the dog’s energy level.

Like a first date, the virtual meeting allows both parties to determine if there are any dealbreakers, like if the dog needs a fenced yard and an active home, maybe isn't good with cats and kids, or they have separation anxiety that manifests in destructive behavior.

Maranda Weathermon at West Valley City Animal Shelter in West Valley City, Utah, is operating her pet adoptions in a similar fashion. Weathermon said the one-on-one video interviews cover the same content as would be under normal circumstances, ranging from prior experience to an understanding of the commitment required to raise a pet.

“We talk about their household and we talk about expectations; it’s the same counseling experience as usual, with the same questions and same suggestions, just socially distant,” Weathermon said.

If everyone is on board, adoption paperwork is sent over digitally and a (socially distant) in-person meet and greet is scheduled where the potential adopters can introduce their existing pets (if they have any) and decide if they still want to take the new dog home.

Weathermon said she thinks the added hoops involved with going virtual mean those who do go through the process are more serious about adding to their family.

“I think it takes a lot of impulse out of an adoption,” Weathermon explained.

She added that while she’ll be happy when those interested in adopting can stroll through the kennels and meet a bunch of dogs at once again, elements of virtual adoptions will be something they’ll continue to utilize in a post-coronavirus world.

“Sometimes we’ll get a highly adoptable dog, like a English bulldog, and we’ll get people that want to adopt as far away as Kansas or Washington,” Weathermon said. “Now we know we can do virtual meetings and they can decide if they actually want to drive across state lines to meet the dog.”

Boucher echoed that sentiment, saying, “I think we’ve learned a lot in this process that we can add to our tool set going forward.”

Considering Rocket Dog Rescue is funded entirely by donations (which Boucher said dropped to zero overnight) and adoption fees, finding a way to continue to place dogs with their forever homes was paramount to keeping the rescue group afloat.

Tara Zurawski of Project Second Chance in Alexandria, Virginia, a group that specializes in rescuing former street animals in Puerto Rico, said her rescue also lives or dies by the cost of adoptions, so creativity was key.

“We’ve gotten some really adorable videos, you know, like a five-year-old giving a tour of his home or a dad playing newscaster and interviewing the kids as to why they want a dog and who’s going to pick up the poop,” Zurawski said.

Zurawski said her group is also using Zoom and FaceTime to help council new pet parents and make sure everything is going well with their newest addition. It wants to make sure its adopters are set up to have a properly socialized dog in a socially distant time as well as mitigate the separation anxiety their new pet might feel when their parents transition back to working outside the home.

“We want families to understand that it’s important for a dog not to get ‘snowglobe syndrome,’ where the dog’s environment is so limited due to quarantine that when we all get our freedom back, that the dog is terrified of new environments or change and is not well socialized,” Zurawski said. “We discuss ways to do that safely during these times.”

In a usual month, Rocket Dog Rescue was able to find homes for 30 dogs on average. In March, it completed 48 adoptions. Halfway through April, it has already done 50 (and many more are just waiting for their paperwork to be returned). West Valley City Animal Shelter said it’s placed triple the number of animals it normally would in the past month. Project Second Chance said it’s gone from maybe 20 applications per dog to more than 500.

While all three women noted that part of the reason they’ve seen catapulting interest is because people now have time at home to properly train a new pet, they all argue that beefing up their social media presence has helped their efforts.

Boucher said Rocket Dog Rescue would be able to place even more dogs if there were more veterinarian offices open -- it prefers not to send dogs out who aren’t spayed or neutered. Similarly, Zurawski said Project Second Chance would be able to move more dogs from Puerto Rico if flights hadn’t been cut so dramatically.

Boucher said that initially she was worried that meeting a dog through a screen would impede an applicant's ability to connect with it. Now, if anything, she feels potential owners get a more authentic sense of the dog.

“Virtual is great, because it actually shows the dog moving around in their own environment,” Boucher said. “At a group clinic or in a kennel, they might be scared and might not act like themselves. Seeing them in a place where they are comfortable and happy helps give a truer idea of who the dog is that they’re applying for.”

Both Rocket Dog Rescue and Project Second Chance said they’re seeing that dogs who would normally be considered less adoptable are finding families significantly more quickly. Often animals with medical issues or disabilities, seniors, or breeds prohibited by landlords wait years for their new home. Each of the groups said they’ve had hard-to-place dogs waiting for a forever home for several months, if not years.

“We had a 14-year-old girl named Ava whose mom passed away recently, so we took her in,” Boucher said. “Usually dogs like her would be more challenging. We had people literally fighting over her.”

She views that as a sign that virtual adoptions are working.

“We’re going to continue to have a more virtual presence going forward,” Boucher said. “If you can figure out how to make this work and be successful in it, it can really change the world for these animals that are waiting in shelters.”

In this article: pandemic, Dogs, rocket dog rescue, pet adoption, Project Second Chance, West Valley City Animal Shelter, virtual playdate, Social media, facebook, virtual adoption, Covid-19, dog rescue, news, tomorrow
All products recommended by Engadget are selected by our editorial team, independent of our parent company. Some of our stories include affiliate links. If you buy something through one of these links, we may earn an affiliate commission.