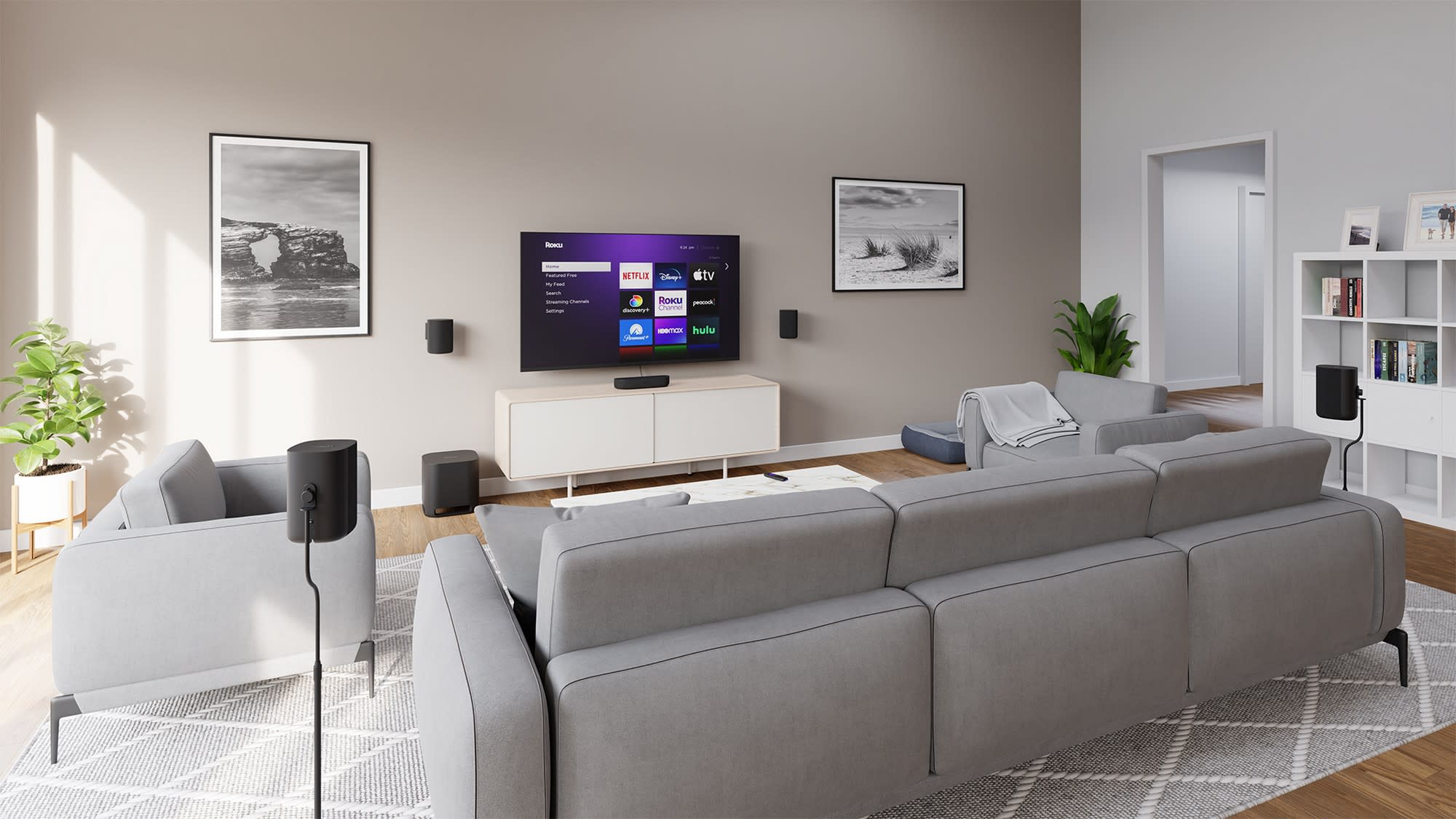 You can also build out a 3.1 speaker setup, too.

You won't need Roku's new Streaming Stick 4K to take advantage of its latest software features. The Roku OS 10.5 update, which will roll out to players and TVs in the next few weeks, will be jam-packed with features to make your streaming life easier. There's expanded Roku Voice support, which will let you ask players (with supported remotes) to start playing content from Netflix, Spotify and most other channels. And the company has added a Live TV Channel Guide to help find free TV content (so far there are more than 200 live channels to sift through).

But more importantly for the Roku faithful, there are even more configurations for the company's wireless speakers. Roku OS 10.5 will let you use any of the company's soundbars — the Streambar, Streambar Pro and Smart Soundbar — as a center channel flanked by Roku wireless speakers. Put that setup together with two more rear speakers and a wireless sub, and voila, you've got a full-fledged 5.1 surround solution. Previously, you were only able to use Roku's soundbars as all of your front channels (left, right and center).

From what I recall of Roku's earlier surround solution, it sounded more than adequate for a small room. I haven't heard the company's 5.1 setup yet, but generally having more speakers is always better. At the very least, you can expect clearer dialog and better front channel separation. I can't say if it's worth shelling out up to $630 for all of Roku's speakers ($300 for four wireless speakers, $180 for the StreamBar Pro, and $150 for the wireless subwoofer), but it's nice to have the flexibility to build out a full system if you've already invested in a few of them.

Roku OS 10.5 will also add some audio improvements for headphones. When you connect a wireless headset to the Roku mobile app, it will adjust your sync settings based on the type of headphone you're using. You'll also be able to use your smartphone camera to adjust the audio delay even further. That's a useful feature for anyone using Bluetooth headphones, where audio delay issues are fairly common.

To coincide with expanded Spotify voice support, Roku is also adding a new music and podcasts row to its system search. You'll be able to see results from Spotify's entire library, but more importantly it opens the door for better audio app support on Roku OS.

All products recommended by Engadget are selected by our editorial team, independent of our parent company. Some of our stories include affiliate links. If you buy something through one of these links, we may earn an affiliate commission. All prices are correct at the time of publishing.
View All Comments
Roku OS 10.5 adds better voice support, 5.1 Roku speaker configurations