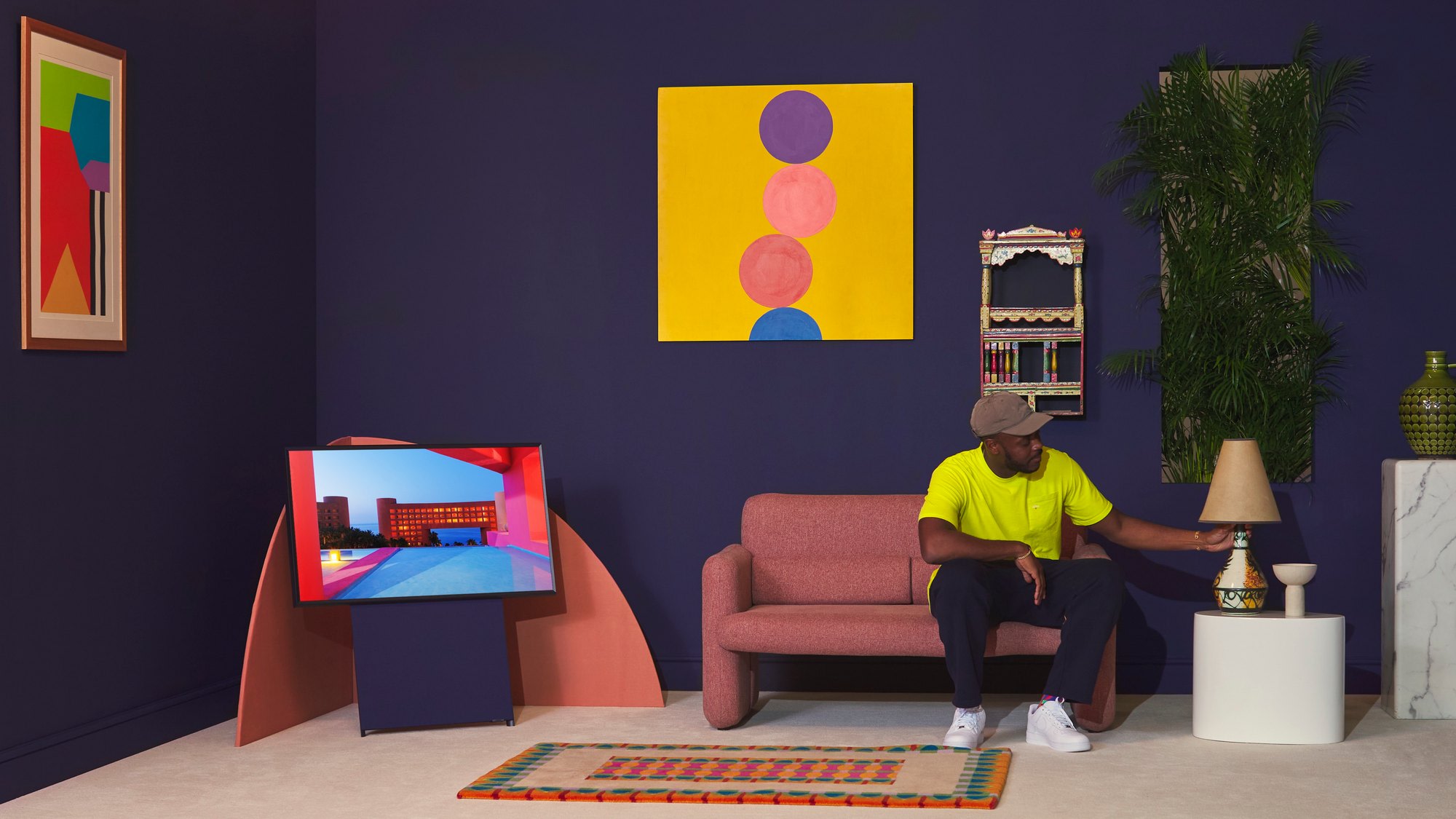 To promote its lineup of colorful Lifestyle TVs, Samsung’s marketing brain-trust has seized on the idea of giving away actual paint in the UK. The company unveiled “LivingColour,” its first paint collection in six hues including “Frame Beige” and “Sero Navy Blue” to complement the Serif, Sero and Frame TVs. Each is designed to “create a positive emotional response by using color psychology,” Samsung wrote in a press release.

Samsung partnered with a color expert to curate two paint shades for each TV, with one matching the frame and a complimentary color showcasing the “innovative aesthetics” of each. It also worked with three influencers, including artist Yinka Ilori (above), to show off the paints in feature rooms along with the corresponding TVs.

The out-of-left-field idea is a marketing stunt for sure, but hey, free paint! Starting on October 26th, Londoners can pick up a complimentary 1 liter or 2.5 liter pot in one of the six colors at Samsung’s Kings Cross concept store, while supplies last. The company told Engadget it used a single 2.5 liter pot to paint all the walls used in the publicity shoot, with plenty left over. As such, you should be able to at least paint a feature wall — making your home a bit brighter (and Samsung-branded) if the pandemic has you stuck at home.

In this article: Samsung, Sero, Serif, Frame, QLED TVs, paint, actual paint, free paint, London, news, gear
All products recommended by Engadget are selected by our editorial team, independent of our parent company. Some of our stories include affiliate links. If you buy something through one of these links, we may earn an affiliate commission.