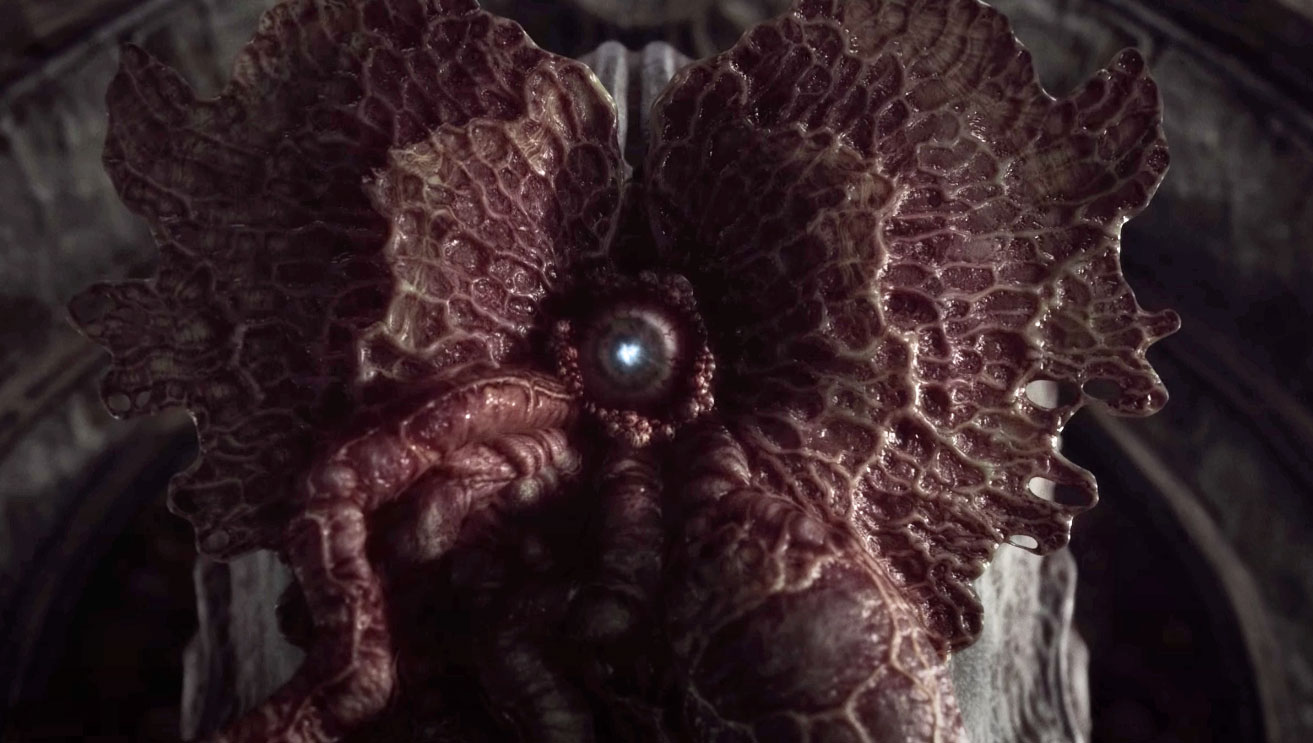 We’re not far into Microsoft’s Xbox Series X event, where the company is showing off gameplay footage from the console for the first time — but we probably have seen the most disturbing trailer we’re going to get today. It’s for Scorn, from Ebb Software, and it seems there’s no better way to describe it than an H.R. Giger painting come to life. Indeed, the team referenced Giger as a visual inspiration on a blog post describing the game.

There isn’t really any gameplay to speak of here. It’s more of a mood-setting piece that shows off a world that defies easy description. There are a lot of freaky gray statues, for lack of a better word, that are infused with some pretty gross organic material. There’s also someone walking through the landscape, who releases a disgusting sort of alien from one of the silent faces. You know what? You’re better off just watching the trailer.

Scorn, which will also be available for PC on Steam, has no release date yet. It was initially teased first way back in 2016, but it still could be a while before it launches. A note in the video said the game is still in development and that the footage is “representative of expected Xbox Series X visual quality.” Based on what we saw, it looks like the Series X will do just fine with this grim and disturbing world.

In this article: xbox series x, scorn, xbox, microsoft, news, gaming
All products recommended by Engadget are selected by our editorial team, independent of our parent company. Some of our stories include affiliate links. If you buy something through one of these links, we may earn an affiliate commission.