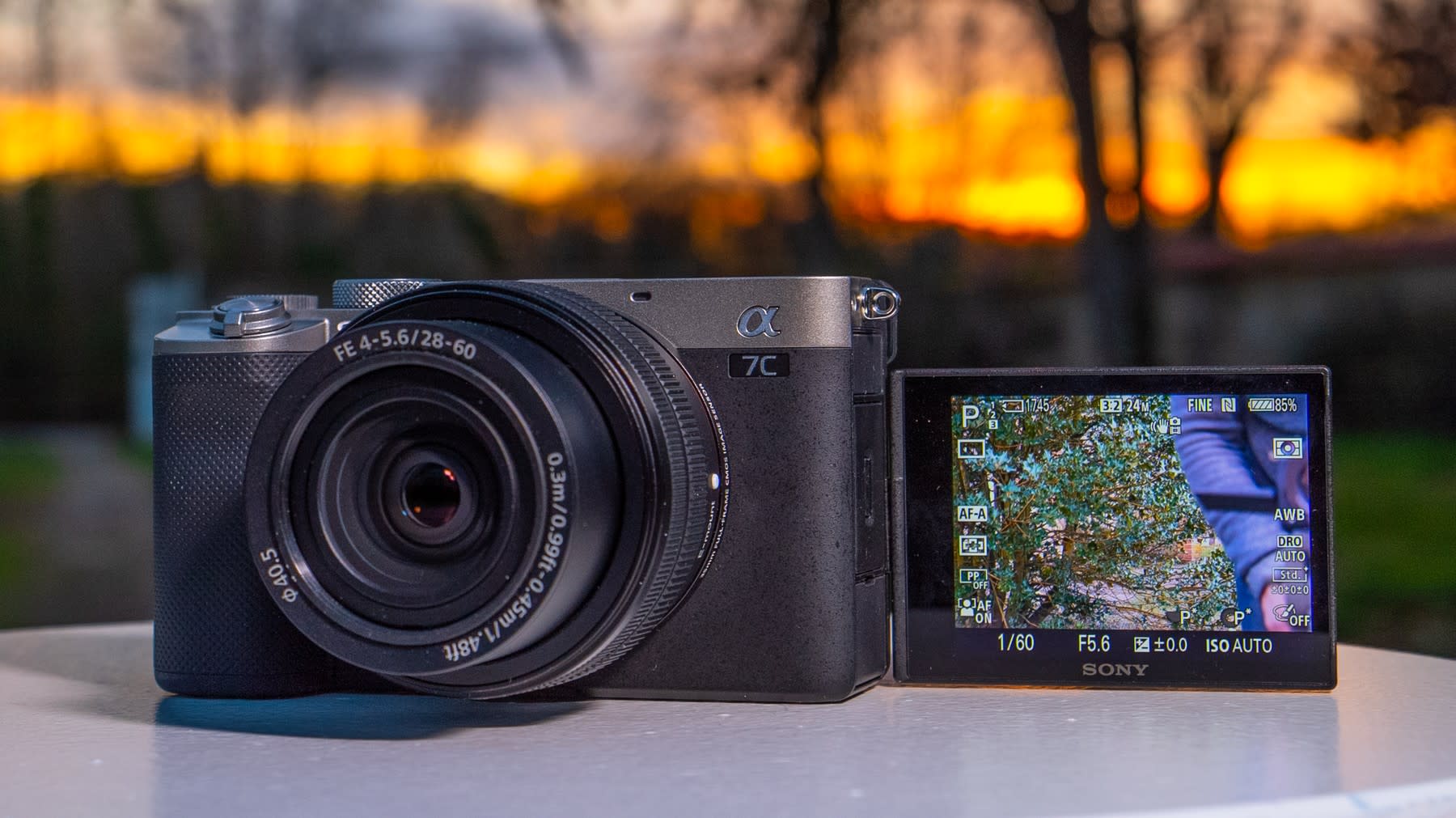 A mini A7 III with better autofocus and worse handling.

With the launch of the A7S III, Sony proved that it still rules the full-frame mirrorless camera market, despite impressive rival products from Canon. On the APS-C side, however, it keeps building the same cameras over and over using recycled parts from past models, with the only real improvements being the autofocus system.

When Sony announced the A7C, I was worried it might be going in that direction with its full-frame cameras, too. The “C” is for compact, and it has a smallish body similar to the A6600, while using the A7 III’s 24-megapixel sensor and other older parts. It also offers A7 III-like specs for 4K video, shooting speeds and more. And much like the A6600, the main improvement is a faster autofocus system with improved subject tracking.

At $1,800, the A7C is $200 cheaper than the A7 III was at launch. Today, however, the A7 III has dropped in price so both cost the same. So the question is, should you get the smaller A7C with improved autofocus, the larger A7 III with more physical dials or another camera altogether? To figure that out, I took it shooting around Paris.

Many folks wanted Sony to change the design of their APS-C camera to look like the more classic A7 design, but what we got was the opposite — an A7 camera that looks like the A6600. In fact, the A7C is only slightly larger than the crop-sensor A6600 and is much smaller than any other A7-series camera. It’s the world’s lightest full-frame camera at just 509 grams, compared to 650 grams for the A7 III.

With that tiny body, it was easier to carry around than the A7 III and more discreet for tourist and street photography. Keep in mind that many of Sony’s best full-frame FE lenses are heavy, bar a few like the 30mm f/2.0 model and the new 28-60mm f/3.5-5.6 kit lens. Also, to keep that body so small and light, the A7C lacks a front dial, joystick and other manual controls.

Because of that, I found I had to operate the three main dials with my thumb, which definitely slowed down my shooting. Meanwhile, the lack of a joystick meant I had to use the D-pad to change focus when looking through the viewfinder, an inelegant solution. Some of the other autofocus features help make up for that, though, as I’ll detail shortly.

You can set the focus point with the touchscreen, but it’s not very responsive. And unlike the A7S III, it doesn’t support touch for menus or any other functions. However, it does flip around and fully rotate, which makes the A7C a good vlogging camera.

It didn’t gain the much-improved menu system from the A7S III, either. Instead, Sony retained the confusing menus that I hated so much on the A7 III. With all the extra scrolling and fumbling required to find settings, you’ll want to set up the custom menus and buttons before using this camera.

Another issue that will annoy hybrid shooters is the lack of separation between photo and video modes. On other new cameras like the Panasonic S5, the Canon R6 and Sony’s A7C III, switching will change all the appropriate settings. The A7C keeps everything the same, so you’ll need to use a custom mode to keep the still and movie modes firewalled from each other.

The electronic viewfinder isn’t a strong point, either. Without a center hump like other A7 cameras, the EVF is pushed to the left corner. As a result, it’s small and lacks a decent-sized eyecup. The resolution is also not great at 2.36 million dots, compared to the 3.69 million dot EVF on Fujifilm’s cheaper X-T4, for example. It does improve on the A7 III’s EVF by doubling the refresh rate to 120 Hz, but because of the small size and wide magnification, it’s not as pleasant to use.

Sony no doubt made these tradeoffs to keep the price and size of the A7C down, which is fair enough. Luckily, there are no compromises on the battery, which is the larger NP-FZ1000 found on the A7S III and A7R IV. It can go an impressive 680 shots on a charge, pushing DSLR territory, compared to 610 for the A7 III. I also got a respectable hour and 55 minutes of 4K video shooting on a charge.

Lastly, it has just a single card slot, which isn’t ideal for pro photographers who need a backup. However, it’s located on the side and not in the battery compartment like on the A6600, thank God, and supports fast UHS II card speeds.

Since they share the same sensor, Bionz X image processor and 693-point phase-detect AF system, it's no surprise that the A7C performs much like the A7 III. To wit, it has similar 10 fps burst speeds, image quality and low-light sensitivity. However, the A7C has a few tweaks related to the buffer, autofocus performance and image stabilization.

To start with, the A7C can sustain longer bursts than the A7 III, as it has a larger buffer that can hold up to 115 RAW images, compared to 89 for the A7 III -- allowing for over 11 seconds of continuous burst shooting. It clears a bit quicker so you’re ready to shoot again sooner, too. You also get Sony’s latest AF algorithms, including the uncanny subject-tracking system found on the A7S III and other recent models.

Whether you’re tracking race cars, birds or people, once you touch to select your focus point, it stays tenaciously attached to the subject. It also works quickly and smoothly, so this camera is awesome for sports, wildlife or other action genres.

As with all of Sony’s other recent cameras, it also has face and eye tracking that’s smoother and more accurate than its rivals -- both with animals and people. While Canon greatly improved its autofocus with the R6 and R5 models, Sony’s is still a bit faster, smoother and more reliable.

The A7C has an all new five-axis image stabilization system designed to fit the A7C’s smaller body. It offers 5.5 stops of shake reduction for photos, good for shooting down to 1/15th of a second or a bit below. It doesn’t handle video as well, but more on that later.

One other small difference between the A7C and A7 III is the lack of a mechanical shutter. The A7C instead has a hybrid electronic shutter, which can sometimes cause minor artifacts with out-of-focus backgrounds at high shutter speeds. Personally, I didn’t notice any issues and I doubt the average user will, either, but purists might hate it.

So far, the A7C’s performance is on par or better than the A7 III, while the handling and controls are worse. What counts for most folks, though, is how the photos look.

As mentioned, the A7 III and A7C share the same sensor and processor, so image quality is similar, as you’d imagine. When I first reviewed the A7 III, I was impressed by its image quality and low-light powers. However, it’s been over two and half years since I did that review.

The A7C is still a great low-light camera, no doubt about it. Depending on the subject, I could capture usable images at ISO 12,800 and even higher with little noise visible. That makes it good for concerts, dim rooms or at night, even with a slow kit lens like the 28-60mm f/3.5-5.6 model sold with the camera.

In 2020, though, there’s a lot more competition and rival models like the Canon R6, Nikon Z6 II and Panasonic S5 now have similar high-ISO capabilities. Still, the A7C held its own and never let me down in low light situations, and that’s impressive for a three-year-old sensor.

What’s more, you still get around 15 claimed stops of dynamic range, as much or more than rivals. That gives you lots of room to boost shadows or pull out highlight details in RAW images. If you’d rather shoot JPEGs, Sony’s noise reduction and sharpening algorithms are tuned perfectly, still beating all other brands. 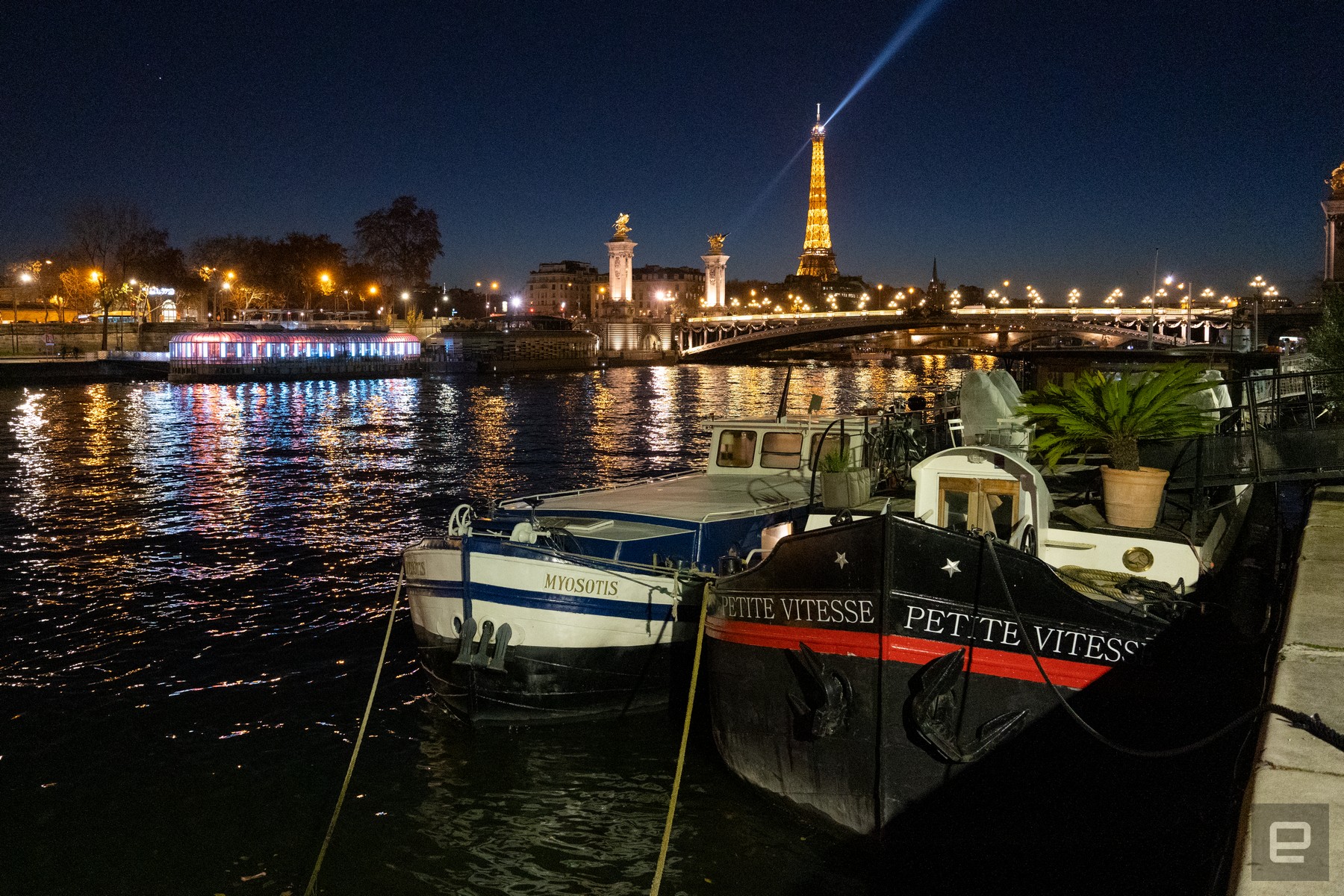 With the tweaks Sony made to its color science over the years, skin tones look better than ever on the A7C. Colors are slightly less warm than Canon’s latest mirrorless cameras, which may give Canon the edge for portrait photographers. However, I prefer Sony’s colors, as I find them to be a bit more accurate and easier to tweak in post.

If you liked the A7 III for video then you’ll like the A7C, well, exactly as much. It has literally the same specs across the board, with 4K full-frame, sharp downsampled video at up to 30 fps and 120 fps video at 1080p. It only captures 8-bit video at 4:2:0 internally and 4:2:2 via the HDMI port.

That kind of sucks compared to other recent, albeit slightly more expensive full-frame cameras like the Canon R6 and Panasonic S5, both of which have 10-bit 4K internal video at up to 60 fps. To be fair, though, the A7C has slightly better dynamic range and you get all of Sony’s S-log shooting modes to max that out.

Video is very sharp when shooting 4K using the full width of the sensor, thanks to the downsampling. And if you’re looking for shallow depth of field to really separate your subject from their background, nothing beats a full-frame sensor -- especially if you have a nice, fast prime lens.

As I said earlier, the addition of a flip out display makes the A7C a far better vlogging camera than the A7 III. The in-body stabilization works okay with video, though it could use a more aggressive electronic mode to smooth out footsteps. Having both mic and headphone ports is also a strong plus, and they’re well located on this camera so that they don’t block the display.

The A7C does retain the rolling shutter problems of the A7 III, which can cause video to look wobbly. That’s particularly problematic in full-frame mode at 24 fps, though you can reduce it significantly by using the APS-C crop.

I’ll admit it, I never thought Sony would make a camera like the A7C, and I’ve followed its product strategy pretty closely. It goes against the flow of how its full-frame mirrorless cameras have evolved over the years. It doesn't, however, line up with its APS-C product strategy.

I’m not a great fan of the A6000 series crop sensor cameras, but they have been a great success in terms of sales. I think Sony wanted to bring some of that popular appeal to the full-frame side. The A7C is essentially a full-frame version of the A6600 in terms of tech, but with sensor mojo from the A7 III.

At $1,800, it has a lower launch price than any other A7-series camera. It’s still obviously not cheap, though. At that price or less on the full-frame side, you can get Canon’s EOS R, the Nikon Z6 or the Nikon Z5. The A7C beats all of those in my opinion, though the Z6 is a better option for video.

For just a few hundred dollars more, you could the Canon R6, Panasonic S5 or Nikon Z6 II. I think all of those are better choices if you’re into both video and photos and have the budget. In the end, however, Sony’s main competition is the A7 III, particularly on the photography side. Personally, I’d prefer to have that camera strictly for the handling. However, if you’d rather something smaller, a bit better at vlogging and with more sophisticated autofocus, the A7C is a great choice.

All products recommended by Engadget are selected by our editorial team, independent of our parent company. Some of our stories include affiliate links. If you buy something through one of these links, we may earn an affiliate commission. All prices are correct at the time of publishing.
View All Comments
Sony A7C review: Smart, small and clumsy