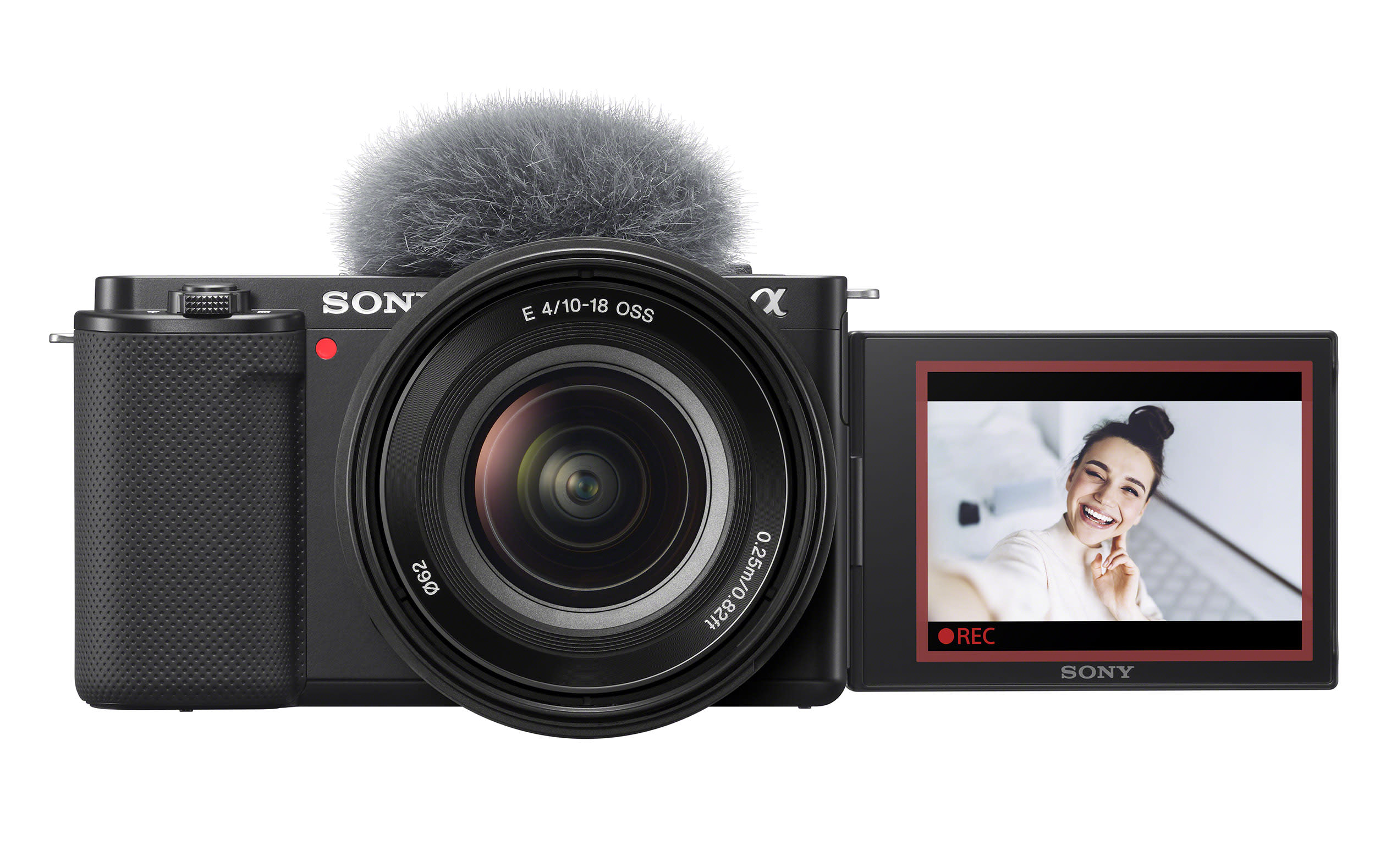 It borrows features like "product showcase" and bokeh mode from the ZV-1 compact.

Sony has launched its first vlogging-specific mirrorless camera, the ZV-E10, that borrows a number of features from ZV-1 compact vlogging model. At the same time, it's roughly based on the A5000 and A6000-series APS-C mirrorless cameras, with all the good (and bad) that entails.

The two biggest advantages of the ZV-E10 over the ZV-1 are the larger 24-megapixel APS-C sensor and interchangeable mirrorless mount. The latter feature opens Sony's range of 60-plus E-mount lenses to vloggers, making the ZV-E10 much more versatile than the fixed-lens ZV-1. The larger sensor, meanwhile, will deliver improved light sensitivity and a shallower depth of field.

The ZV-E10 uses the aging 24-megapixel APS-C sensor found in the A6100 and other recent Sony models. While that delivers sharp, downsampled 4K video at up to 30 fps (or 120 fps 1080p), it's likely to have a serious amount of rolling shutter that's not ideal for its intended purpose.

On the more positive side, it offers active electronic image stabilization and optical stabilization via supported lenses (though not in-body stabilization). That should smooth out handheld shooting pretty well, though don't expect miracles for walk-and-talk type vlogging — especially if rolling sensor wobble proves to be an issue.

Size-wise, the ZV-E10 is smaller than any of the A6000-series cameras at 343 grams and isn't much larger and heavier than the ZV-1. It lacks an electronic viewfinder, but it's Sony's first APS-C mirrorless camera with a fully-articulating flip-out screen — a basic requirement on any vlogging camera these days.

The ZV-E10 comes with Sony's latest phase-detect autofocus system, both for video and still shooting. That means you should get incredibly quick subject tracking, along with reliable eye, face and head detect autofocus. It also has an S&Q (slow & quick) feature that lets you record time-lapse and slow motion footage in-camera without the need for any post processing work.

It borrows several vlogging features directly from the ZV-1. The first is called "product showcase," a setting that allows it to instantly focus away from your face and onto an object placed in front of the camera. That's particularly handy for vloggers reviewing products, devices, etc.

The other is a bokeh switch that instantly sets the lowest f-stop available for lighting conditions. That way, you can have the background as defocused as possible, allowing your subject to stand out clearly.

The ZV-E10 has a built-in, high-quality three-way microphone (left, right and central channels) that's designed to pick out your voice. That means you can vlog without the need to buy a microphone, though it still won't match the quality and voice isolation of a dedicated shotgun or lapel mic.

It also comes with a hotshoe-attached muff to help block wind noise, and if that's not enough, a wind noise reduction setting. If you do plan to use your own microphone, it comes with both mic and headphone inputs, and the hotshoe supports Sony's dedicated digital, multi-channel microphones.

As for battery life, Sony claims you can shoot for 80 minutes on a charge or 440 photos. With the small body, it has just a single SD card slot and only supports UHS-I speeds — not ideal for burst photo shooting, but fine for Sony's relatively low XAVC video data rates.

Finally, if you're into live streaming, you can connect the ZV-E10 directly to a smartphone via the USB-C port and stream directly to YouTube or other services — much as you can with Panasonic's latest GH5-II. It will also work directly as a webcam, streaming both video and audio (not just video like other cameras) so you can take advantage of its high-quality microphone.